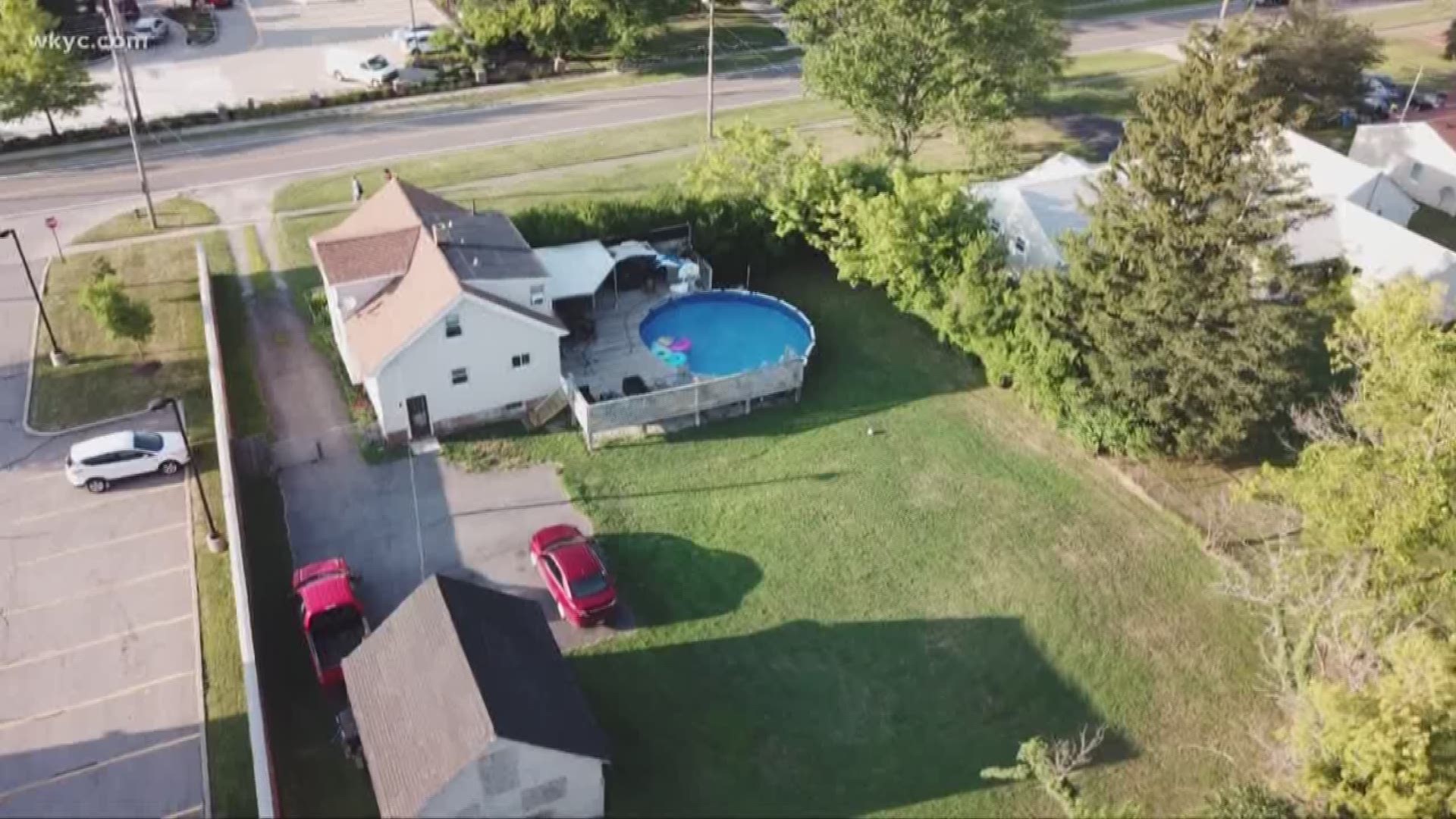 STRONGSVILLE, Ohio — A 3-year-old girl who was rushed to the hospital after being found by police in a Strongsville pool on Thursday, has died.

According to the Cuyahoga County Medical Examiner's Office, the child, identified as Aria Kalinich, died at Southwest General Health Center.

Police received a report of a child running up and down the sidewalk in the area of Pearl Road and Cook Road around 1 p.m.

20 minutes later, the child was located in a pool behind a Cook Road home.

"I wasn't right to step away and I blame myself, I blame myself a lot everyone blames me, I'm sure you know," explains Aria's Mother, Jessica Baksi.

"But you know, I just want to make sure her story doesn't go in vain."

Aria's story includes severe Autism.  She wants people to understand a safety issue that affects some people with disabilities.

"Kids will run away, they will try to sneak off and put themselves in dangerous situations and for the memory of my daughter I do want to make awareness of that," she says.

It's unclear if Aria was at home alone but her mother says she went down the street to McDonald's while her daughter was sleeping.

Aria has climbed out of the window in the past.

"We put bars, we put locks, we put safety measures which is very important but as you know some kids with autism have very high IQs and they know how to figure out things when they have time, so she figured it out and she left."

Investigators have not released an official cause of death.