As new details emerge, the Brett Luengo shot on I-90 is not the man loved ones knew

Call logs show Brett Luengo was threatening suicide, telling operators witches were coming to kill him, prior to crashing his car 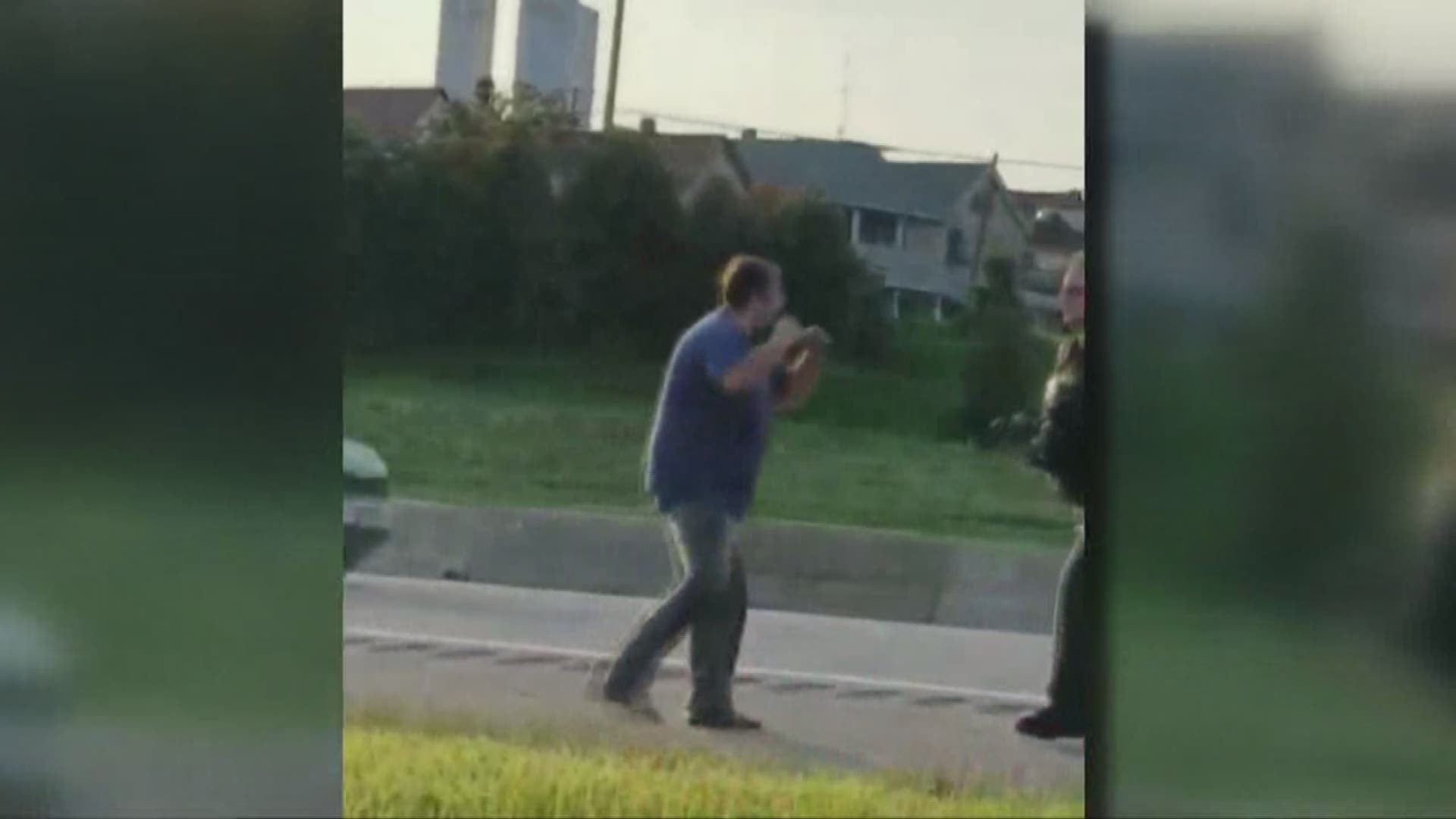 Cleveland — On Thursday around 7:00 p.m., a Cuyahoga County sheriff's deputy shot and killed Brett Luengo after he crashed his car, then tried to attack several people.

24 hours later, Westlake Police are now saying before the shooting, Luengo himself called 911 in a suicidal and possibly psychotic state.

It's a drastic comparison to the upstanding citizen friends and family knew Luengo to be.

The 33-year-old Westlake man crashed his car into a concrete wall on eastbound I-90. Cell phone video shows him off to the side of I-90 in a bizarre, unexplainable, out-of-control state.

"Clearly something was wrong with him," witness Jason Gieger tells Channel 3 News.

He says Luengo attacked him as well as people in at least 3 cars. All of them saw Luengo’s crashed car and stopped to help at different times.

One by one, Gieger says Luengo lashed out, “instigating," threatening, and physically attacking good Samaritans.

“The first lady who stopped, he reached into her car and tried to choke her. A second guy had to hit him in the head with a wrench to keep him from strangling that woman who stopped to help. That’s why when I pulled up his entire face was covered in blood. I couldn't even see any skin," Gieger began.

"That’s how bad it was. I could tell when I walked up to him and he picked his head up, by the look in his eyes, I've seen plenty of people on drugs unfortunately, and I could just tell he wasn't there. Something was really off," Gieger continued in detail, less than 24 hours after the whole tragic ordeal unfolded.

"That was not the person we knew," Westlake Mayor Dennis Clough told us, adding so many who knew and loved Luengo are just “simply in shock."

Clough presided over the wedding and married Brett Luengo and his wife.

"They've only been married close to a year and he was so happy," Clough says.

That’s the Brett Luengo everyone we talked to, to a person, knew.

That's the Brett Luengo who graduated from Westlake High School and was a standout in tennis.

That's the Brett Luengo who was a respected businessman, the CEO and Vice President of ConstructAbility in Westlake.

He and his father founded the company that even received a community pillar award in 2017 from the Northeast Ohio Hispanic Chamber of Commerce. That’s when Luengo even addressed the crowd about being “stronger together."

Clough describes his friend as “Very smart. Intelligent. He spoke numerous languages. A great person who gave back to the community."

The man who brokered partnerships between Westlake and 2 sister cities. One in Canada. Another in Ireland. "And he brought us together and there is that relationship now that we have with the 2 cities," Clough says.

But the respected, admired, and appreciated Luengo on Thursday evening, was someone else.

The people who stopped to help were afraid they could also be shot.

"So the cop pulls out the taser. I'm not even exaggerating. He had to have tasered him close to 10 times. None of the times was it affecting the man whatsoever," Gieger says.“I looked into his eyes and I almost didn't feel like a person was up there at that point and time. This guy was just so far gone from being a normal functioning human being," says Gieger.

Gieger then describes the scene he can’t get out of his head. The way it all ended.

"Guy tried reaching for the officer again and the officer shot him one time in the stomach. He fell to the ground. He tried to get up. The officer kicked him to keep him down. Then he died pretty quickly they said. I just felt so bad for the guy and his family too," said Gieger.

Luengo’s wife, now a widow is crushed and confused herself, telling us that the sadness isn't just for her husband gone.

The couple wanted to start a family.

But her heart breaks, she says, for “those families who stopped to help.”

She chokes up even talking about "especially those kids in that one car".

The family released a statement of apology that reads in part, "The behavior observed on that fateful evening was completely out of character for Brett, and the family has as many questions as everyone else.