Lt. Lisa Budny is suing the city of Beachwood where she is employed, alleging gender discrimination and retaliation in the police department. 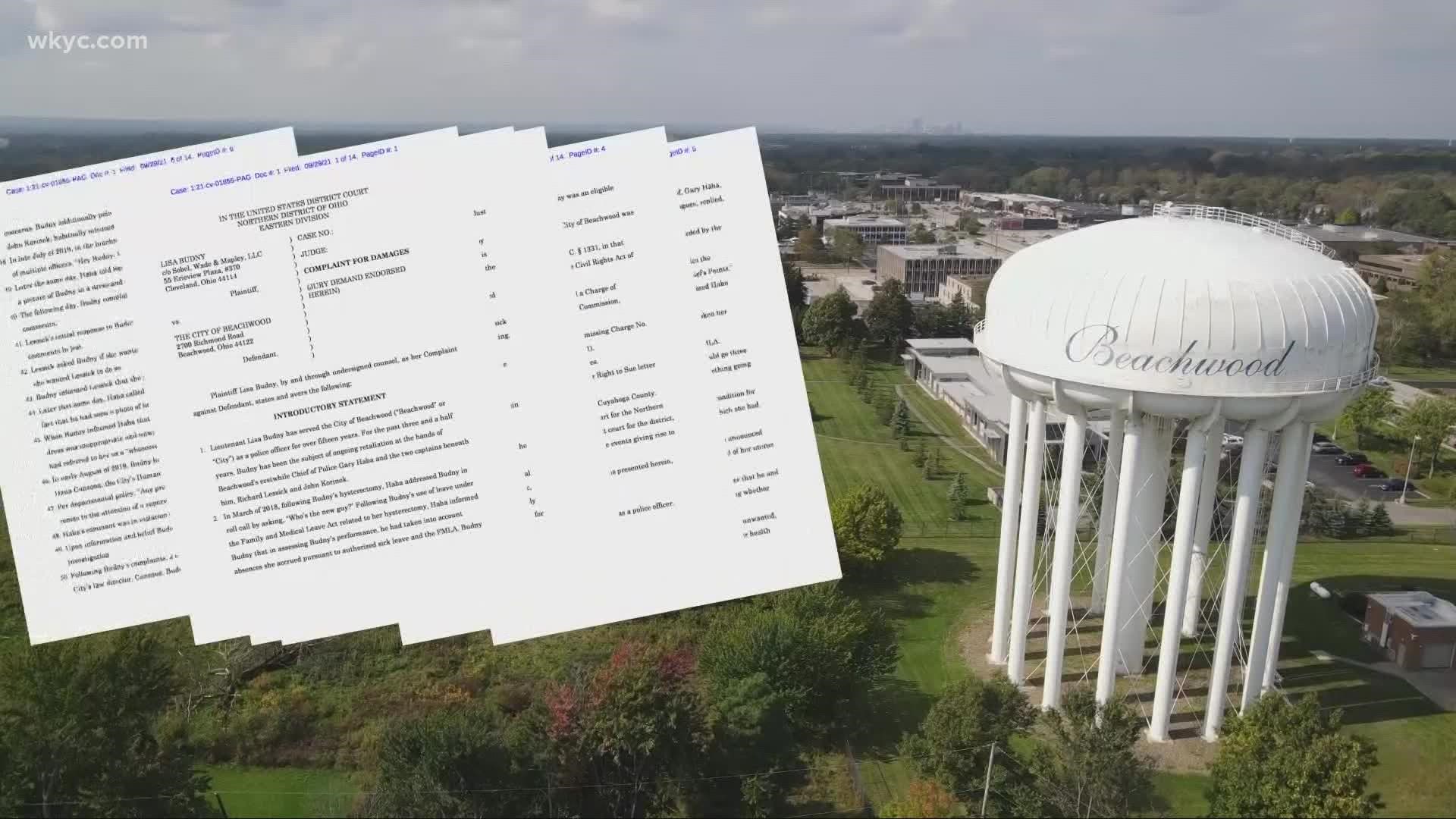 BEACHWOOD, Ohio — The Beachwood Police Department is under fire from one of its own.

Lt. Lisa Budny is suing the city of Beachwood in federal court, alleging gender discrimination and instances of retaliation after she reported what was happening.

The 13-page complaint lays out Budny's side of the story, going back years. It starts in 2018 when Budny says she took medical leave for a hysterectomy. When she returned to work, former police chief Gary Haba commented, "Who's the new guy?," suggesting she was less of a woman following the procedure.

In another instance, Haba called Budny a derogatory term after seeing a photo of her in a dress. She also alleges misconduct by two police captains.

Budny took her complaints to her superiors and to human resources, but things only got worse. That's something that Mapley says the law protects against.

"When you believe discrimination has occurred, you can go to your employer and say ‘hey this is not right. This is what happened. We need to address it.’ And you should be able to have that conversation with your employer without the fear of retaliation," Mapley adds.

Instead, Budny's lawsuit alleges Haba left negative comments in a personnel system shortly before he retired in 2020. Even after Haba's retirement, two police captains worked to make policy changes that mainly affected Budny.

3News reached out to the city about the allegations. A spokesperson responded with the following statement: "The city does not comment on pending litigation."

"One of the things that she’s looking for here is change," Mapley says of Budny. "She wants verifiable, real change."

The lawsuit is requesting that Budny be promoted "into one of the positions to which she was entitled by virtue of her service and qualifications." She is also seeking back pay, front pay, and other damages in an amount in excess of $25,000 per claim.

You can read the entire lawsuit below: