American Cancer Society and Ronald McDonald House of Cleveland say they didn’t receive donations after being promoted as beneficiaries by course owner. 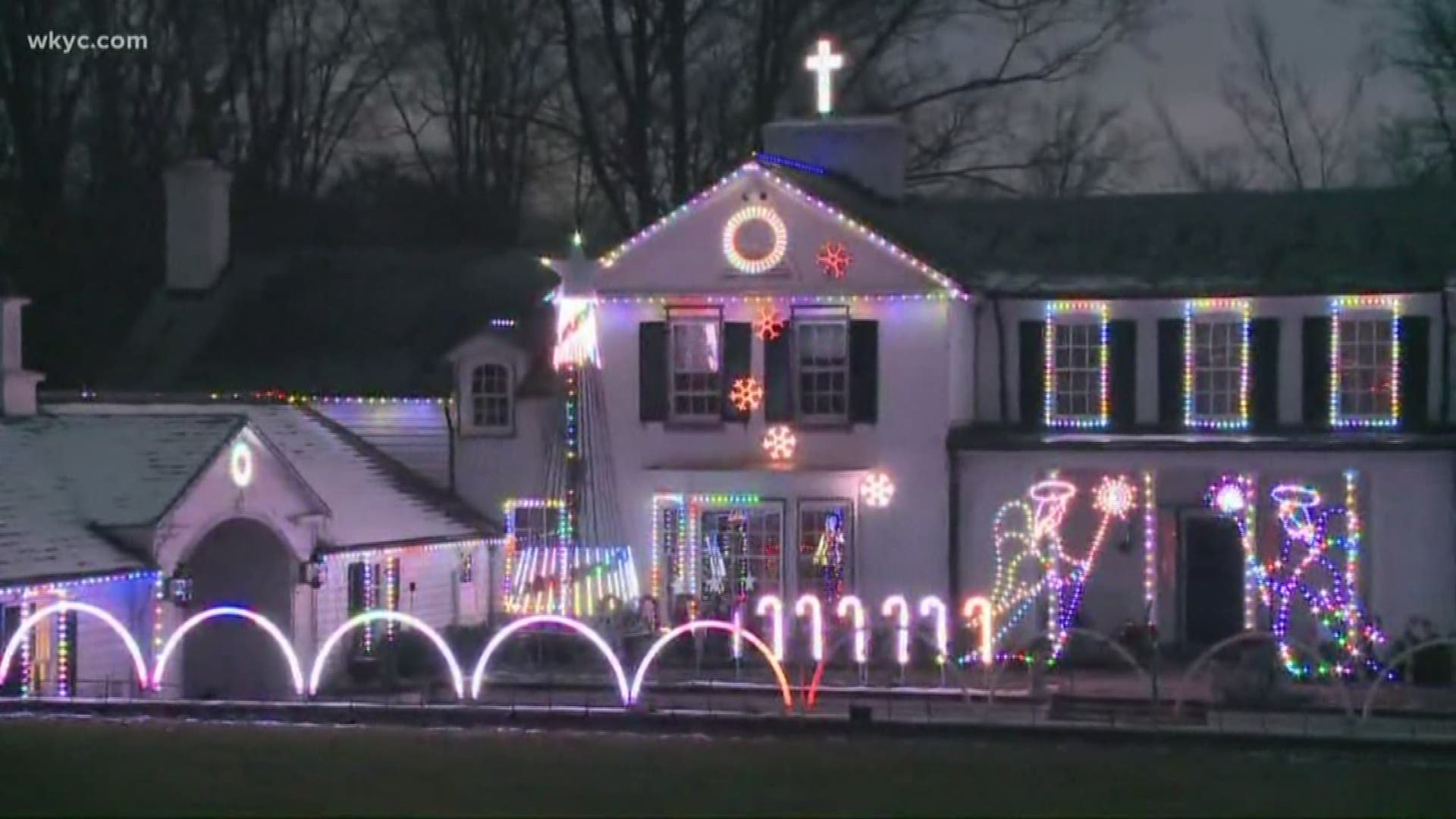 “This is an opportunity for us to give back to the community and these three worthy causes,” he told 3News last year, months before throwing the switch on the massive drive-through lighting display.

He was referring to the American Cancer Society, the Ronald McDonald House of Cleveland and Valor Retreat at High Rock, a recently created non-profit that aims to provide combat veterans the opportunity to vacation in new cabins in Hocking Hills.

“That’s the most important part,” he said about giving to the charities.

As the holidays approached, he again made the point in another interview with 3News.

“We are charging twenty-five dollars a car, but if you say Merry Christmas, you get five dollars off,” he said. “We will take donations over and above that because we are benefiting the American Cancer Society and the Ronald McDonald House and Valor Retreat at High Rock.”

Thousands of cars traveled Berkshire’s mile and quarter drive past nearly two million LED lights that were wrapped around trees and bushes and hand-made exhibits and bathed the landscape in a red and green glow. Drivers also dropped money in a donation buckets for charities.

The Ronald McDonald House of Cleveland and the American Cancer Society told 3 NEWS this week in emails that they didn’t receive any money.

In an interview with 3News Thursday, Miraglia said he lost $400,000 on the event but still donated close to $20,000 to charities, including Valor.

“Ronald McDonald House and the American Cancer Society - that is based on how much money we brought in,” he said. “We lost money last year and opted to donate to these other charities instead.”

Miraglia is on Valor’s board. Valor’s website says the charity received money from the light display. Larry Teichman, who founded Caritas Financial, formed the charity and his firm is a small sponsor of the lighting display, Miraglia said.

But who were the other charities that benefited?

“They were distributed and unfortunately, off the top of my head, Salvation Army got some money, cash,” he said. “Most was given out anonymously.”

Miraglia returned to the point later in the interview and said the American Cancer Society and Ronald McDonald House got money. And he said the charities benefited from the publicity.

“We just didn’t do it with a check presentation, that kind of thing,” he said.

He also said the Ronald McDonald House received tickets to the lighting display to distribute, a point the charity confirmed. It could not trace any cash donations back to Miraglia.

Miraglia also noted that donations went to the area’s Habitat for Humanity.

A Fieldstone representative said in an email it wasn’t promised money and didn’t receive any.

Miraglia said the information was a misprint and retracted by the paper. Miraglia said Fieldstone is a designated charity this year.

He said he hopes to someday break even and use the light park for a greater good.

“That’s the hope. We are doing this to bring awareness to Christianity.”

Though Miraglia’s public mission sounds like that of non-profit, his organization is not.

His business papers on file with the Ohio Secretary of State’s Office show that Miraglia and a few investors created a for-profit company to bring Christmas to Chesterland.

Miraglia said Thursday that he’s addressing their concerns this year by selling advance tickets. He said that will allow him to scan tickets at the entrance and speed the flow of cars entering the course.

“We figure we can handle 1,500 hundred vehicles an evening without backing up traffic on Mayfield,” he said.

He also said he will be putting up some fencing to eliminate “headlight pollution” hitting neighboring homes.

“We want happy neighbors,” he said. “We are about Christmas.”