Bodies found in burned out car in East Cleveland

Two bodies were found in the car. 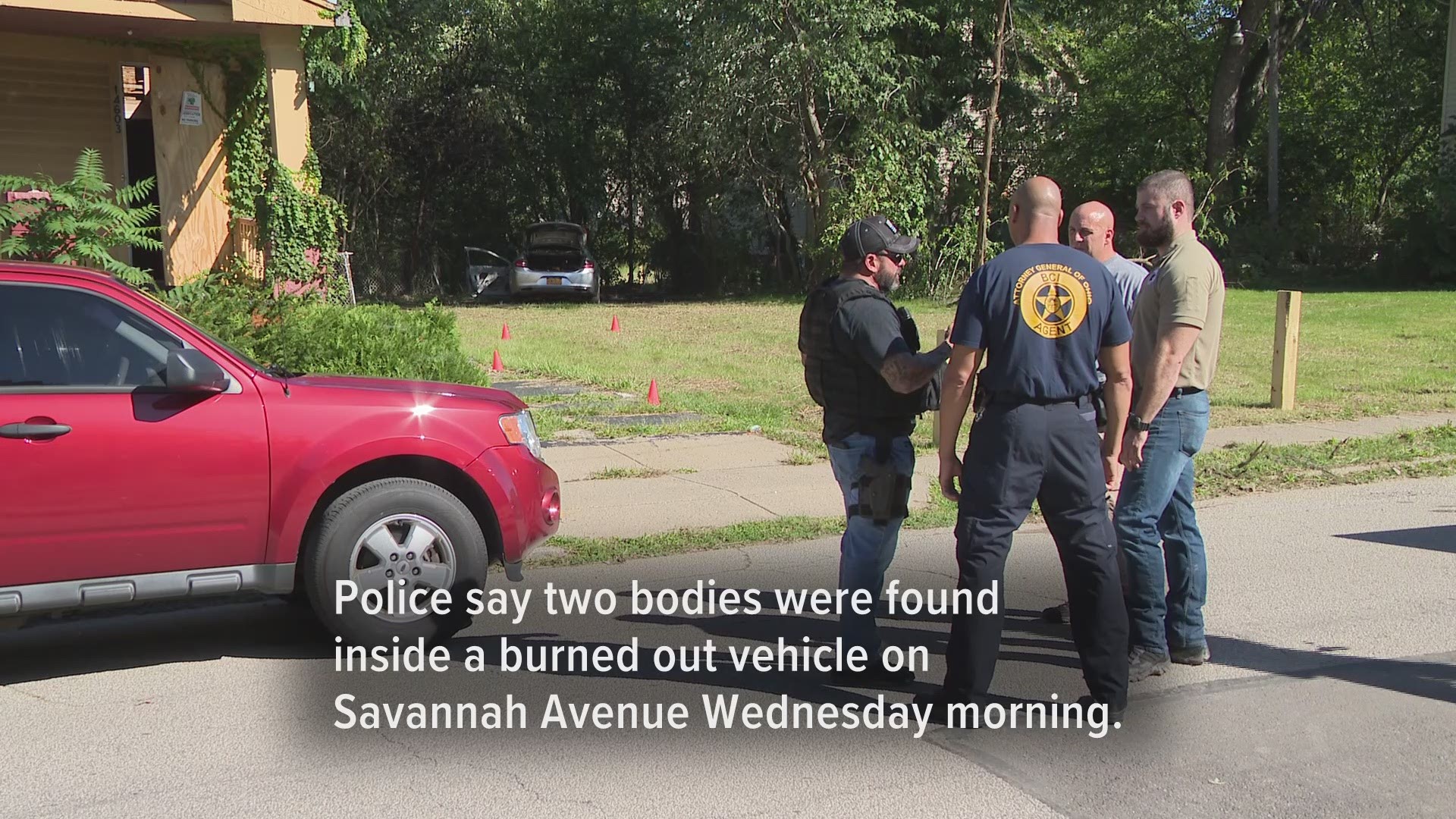 The car is a silver Buick LaCrosse with New York license plates. Police are attempting to identify the vehicle's owner.

The Cuyahoga County Medical Examiner responded to the scene.