Employees, police, and mallgoers can be seen evacuating the remaining animals as smoke billows from the storefront. 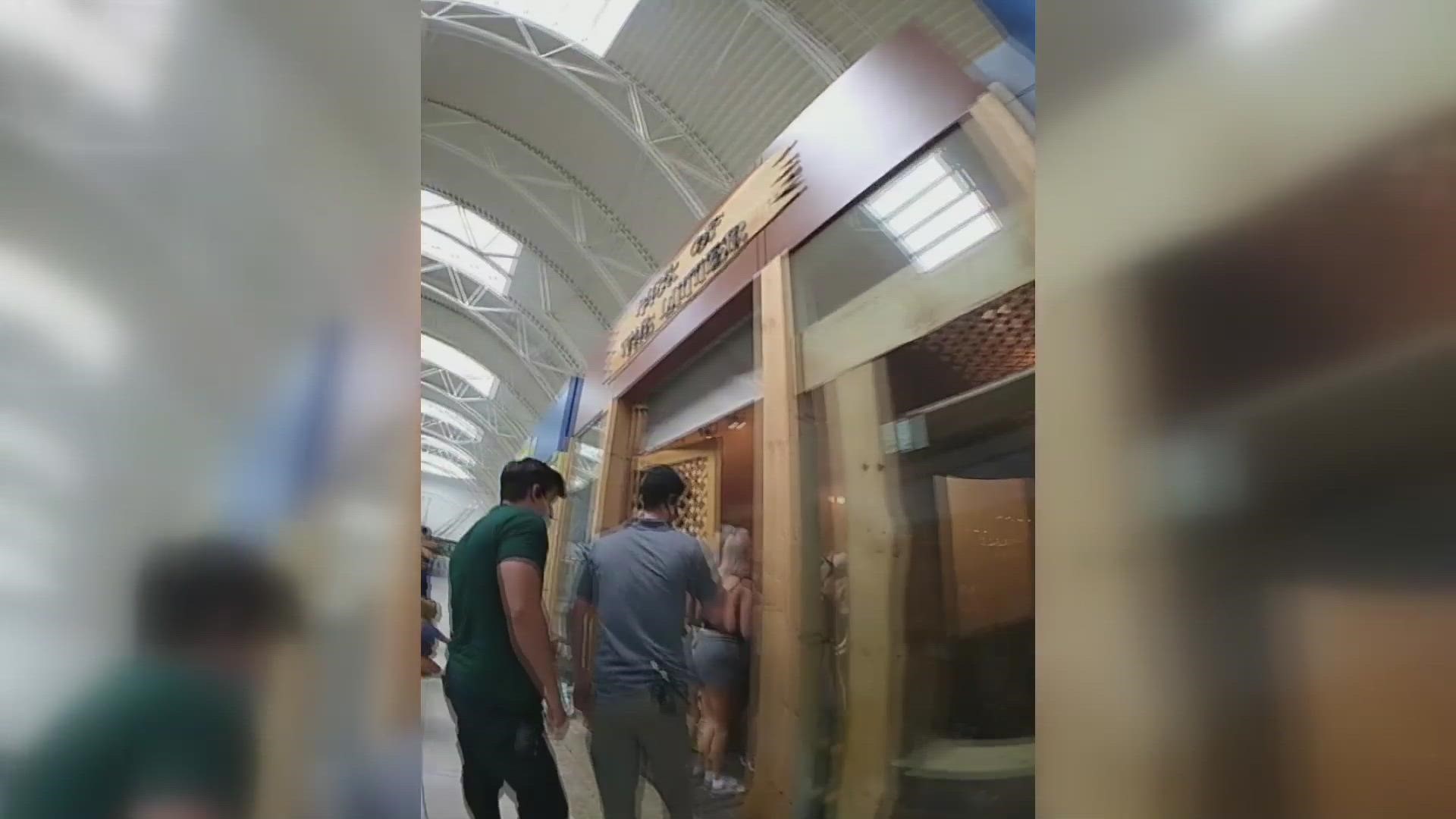 STRONGSVILLE, Ohio — We're beginning to learn more about the fire at a Strongsville pet store that tragically killed a dog Monday afternoon.

Body camera footage released by the city police department (seen in the payer above) shows a frantic scene at Pick of the Litter, located inside SouthPark Mall. In the video, officers, employees, and mallgoers can be seen helping evacuate animals to safe locations as smoke billows from the storefront.

Fire officials say the blaze likely originated from incense in the back of the store that cause some wood shavings to burst into flames. The business' sprinkler system was able to douse the inferno enough that it didn't spread to neighboring establishments.

At one point, one dog can be seen on the bodycam being carried by the officer to another spot in the mall, where it was placed inside a pen with other pups from the store. All were later taken to new stores or rescue charities, but sadly, one dog (not seen on film) suffered severe smoke inhalation and died from its injuries.

This is not the first time Pick of the Litter has been in the news for negative reasons: The store has had to withstand accusations of abuse and neglect of its animals over the years, with protestors raising the issue to local politicians. So far, no formal penalties have been levied against the store or its workers.

Watch our previous reporting from 2018:

One worker suffered minor burns and smoke inhalation from the fire, while and officer received stitches after being bitten by a dog. The Strongsville Fire Department is still investigating the incident.