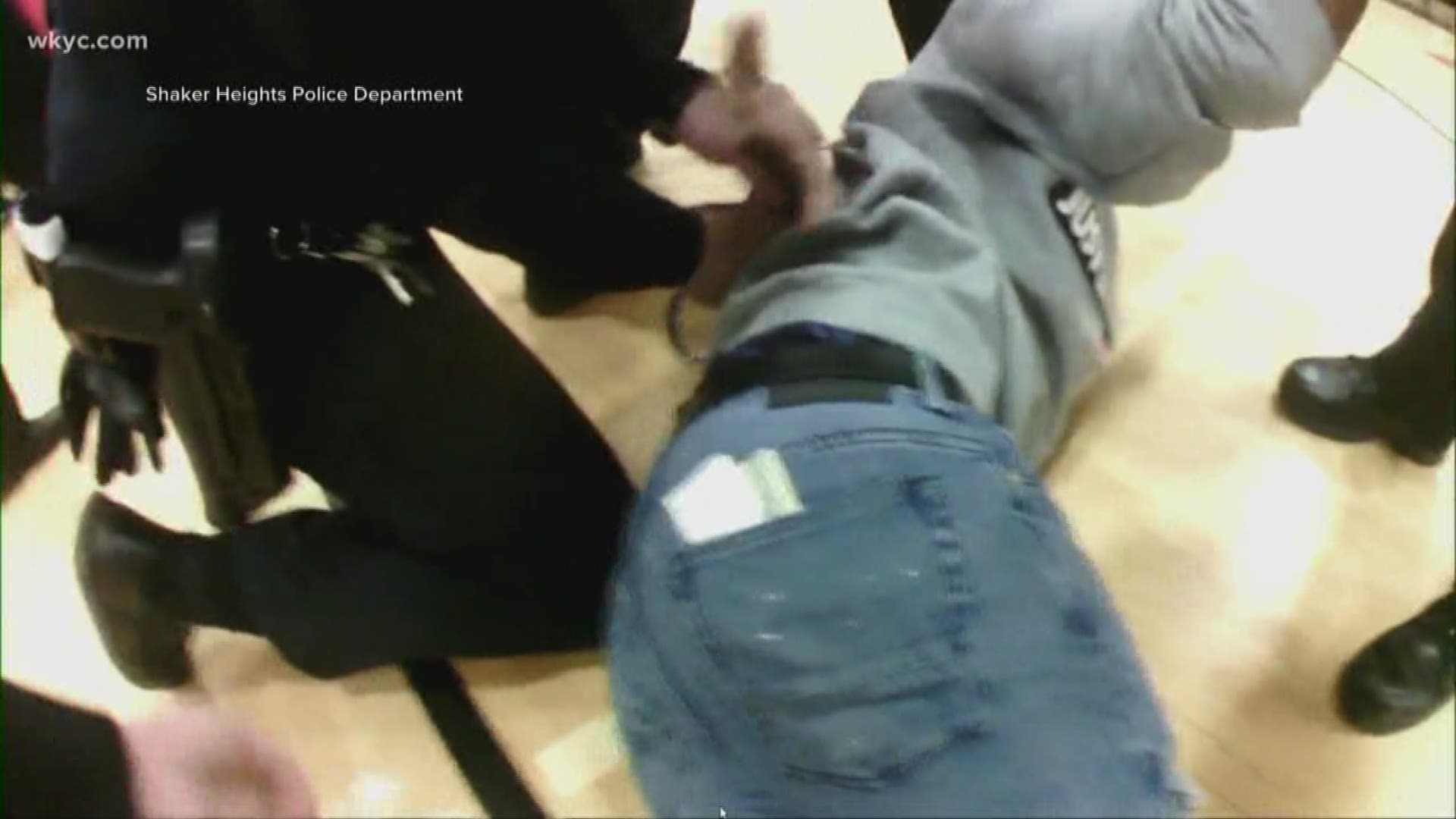 SHAKER HEIGHTS, Ohio — We are getting our first look at the video of the chaos inside the Shaker Heights vs. Brush high school basketball game earlier this week.

Body camera video from the Shaker Heights Police Department shows the arrest made on the court.

A 21-year-old fan from Euclid was taunting Shaker players and was asked to stop by security guards. The man's father apparently participated in the confrontation, prompting matters to escalate.

The crowd became unruly as some fans entered the court, some taunting the security guard, which caused the game's cancellation.

One student was injured trying to exit the building and required medical treatment. No other injuries were reported.

The 21-year-old, identified by police as Steven D. Gamble, was arrested and escorted from the scene in handcuffs.