Issue 33, a replacement Health and Human Services property tax levy of 4.7 mills, will appear on the 2020 Primary Election ballot 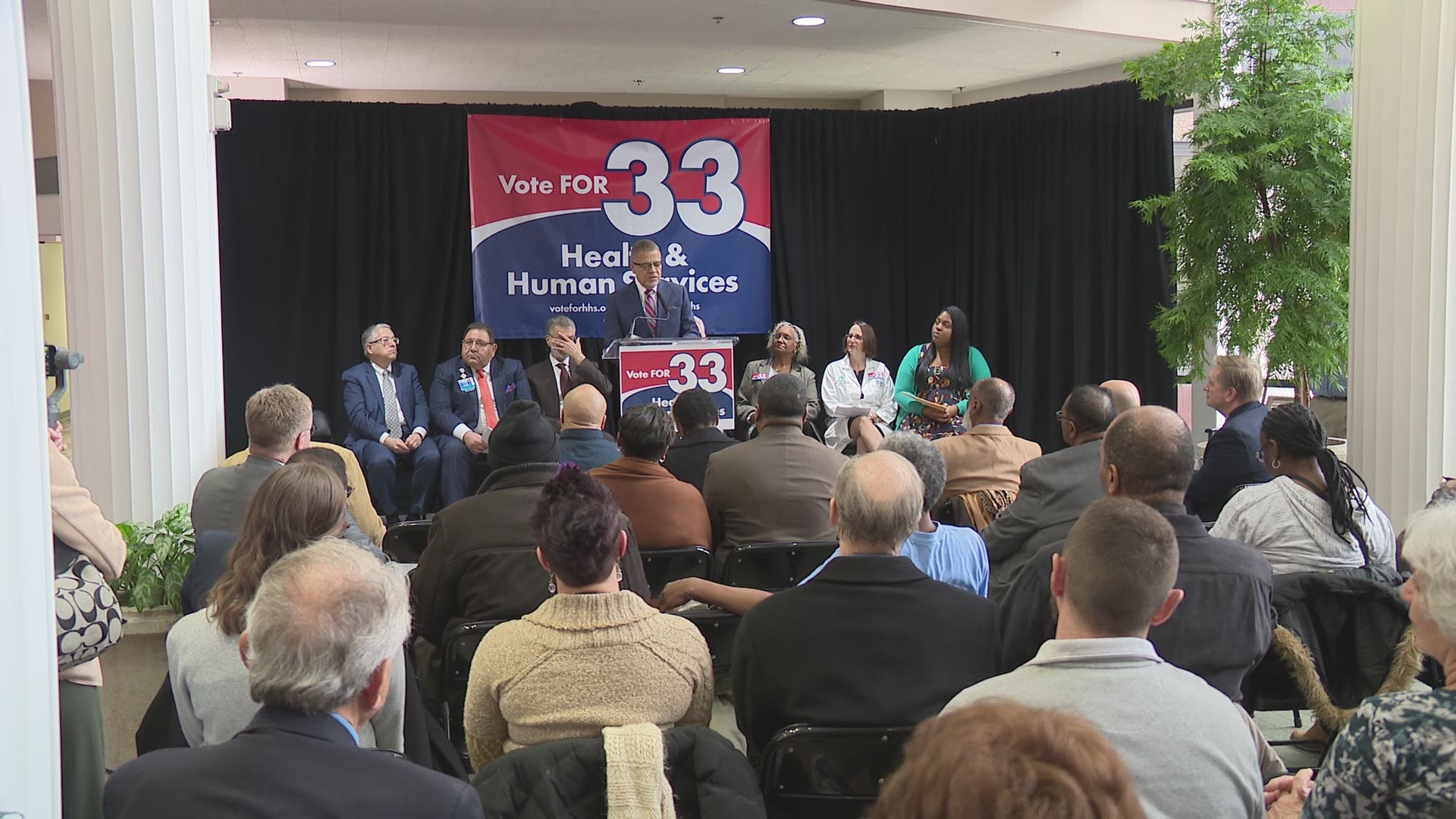 CLEVELAND — Government leaders from the city of Cleveland and Cuyahoga County gathered together on Wednesday morning to start the campaign to pass Issue 33, which will be on the 2020 Primary Election ballot.

Issue 33 is a replacement Health and Human Services property tax levy of 4.7 mills. Under Issue 33, property owners in Cuyahoga County would pay an additional $41 a year for every $100,000 in property value— a little less than $3.50 per month.

“Diseases don't discriminate. Traumatic injuries and economic setbacks can happen to anyone. Issue 33 is an investment in helping people bounce back from these challenges and build better lives for themselves and their families.” Cleveland Mayor Frank Jackson said.