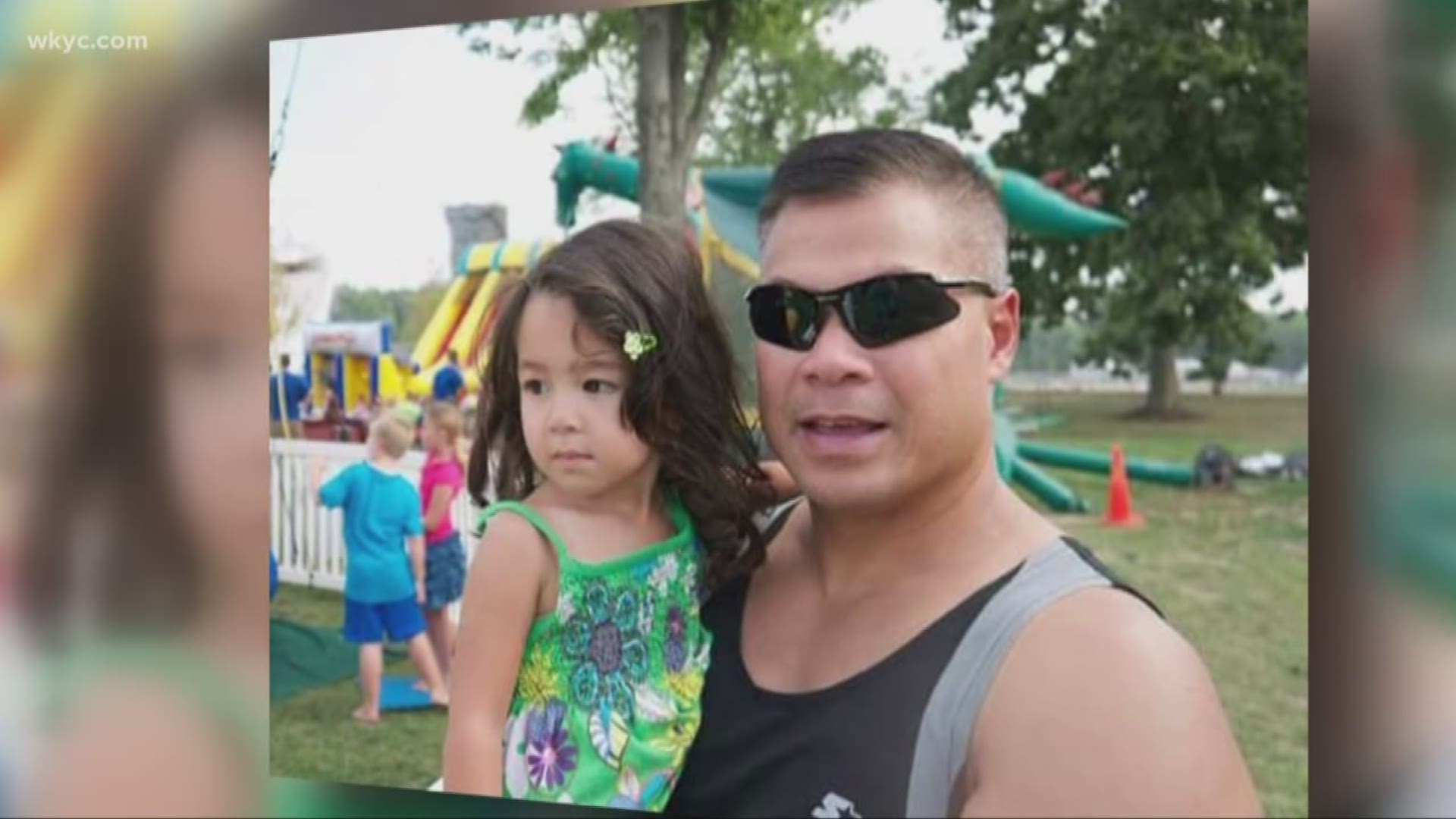 At one time rare, it has become more common as more people push themselves to exercise.

Also referred to as “rhabdo,” it happens when you work out too hard. Muscles release proteins into your blood that can cause kidney failure or worse.

“Muscle gets so fatigued that those muscle fibers start to break down and then the proteins enter into the blood stream and then can affect other organs in the body,” Dr. Heather Bergeson said.

The condition puts pressure on kidneys, cuts off conduits for urine, and dehydrates those who have it.

In Officer Nguyen’s case, he had collapsed during a timed run. That injury lead to a fatal infection.

Doctors warn others are at risk whenever they try to do too much physical activity too fast, and say athletes should look for symptoms such as dark urine in addition to pain and swelling.

In recent years, 6 members of Ohio State University’s lacrosse team and one member of the track team landed in the hospital with rhabdomyolysis.

A report Published in American Family Physician in 2002 found about 26,000 Americans suffer it yearly.