While sponsors of the ban are undeterred, prominent local business leaders have voiced strong opposition. 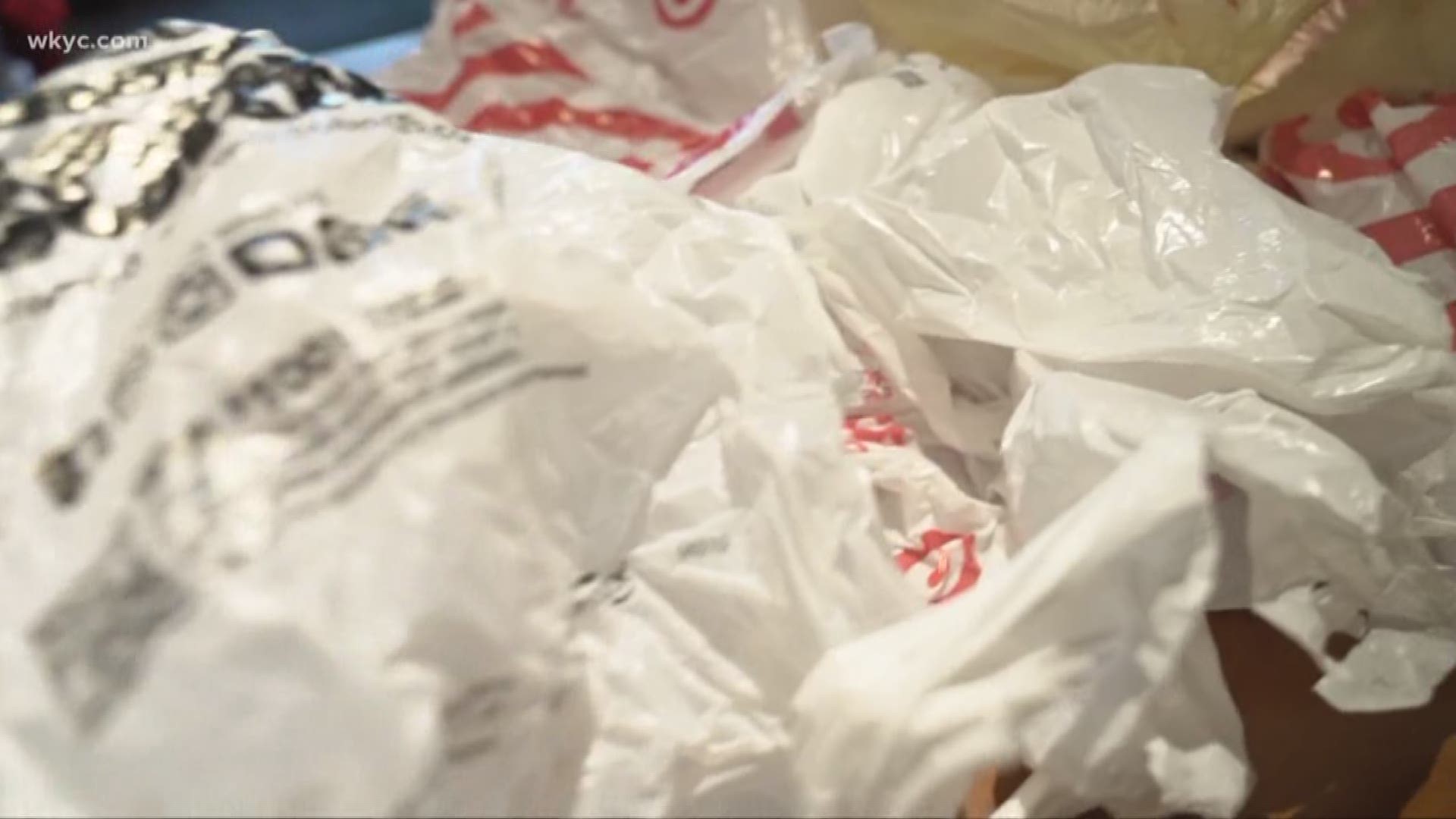 CLEVELAND — The Cuyahoga County Council is expected to vote on a plastic bag ban next week. The proposal targets the plastic bags given out by grocery stores and other retailers.

The ban is opening up fierce debate.

The council already has the votes to pass the legislation next Tuesday. The measure calls for the banning of most single-use plastic bags starting October 1. There are exceptions, such as bags for carry-out food, garbage, and dry cleaning.

But could there be a flip-side to well-intentioned plastic bag bans? A University of Sydney economist found plastic bag purchases in California soared 120% after a ban went into effect. Mostly because people who used to re-use bags for things like dog and cat waste still needed bags.

While sponsors of the ban are undeterred, prominent local businessmen, like the CEO of Heinen's, have voiced strong opposition.

When it comes to paper or plastic, local leaders hope one day it's neither.