Life on Mars? How crystals made in Northeast Ohio could help NASA's Perseverance rover

Scientists from G&H helped in most recent mission. 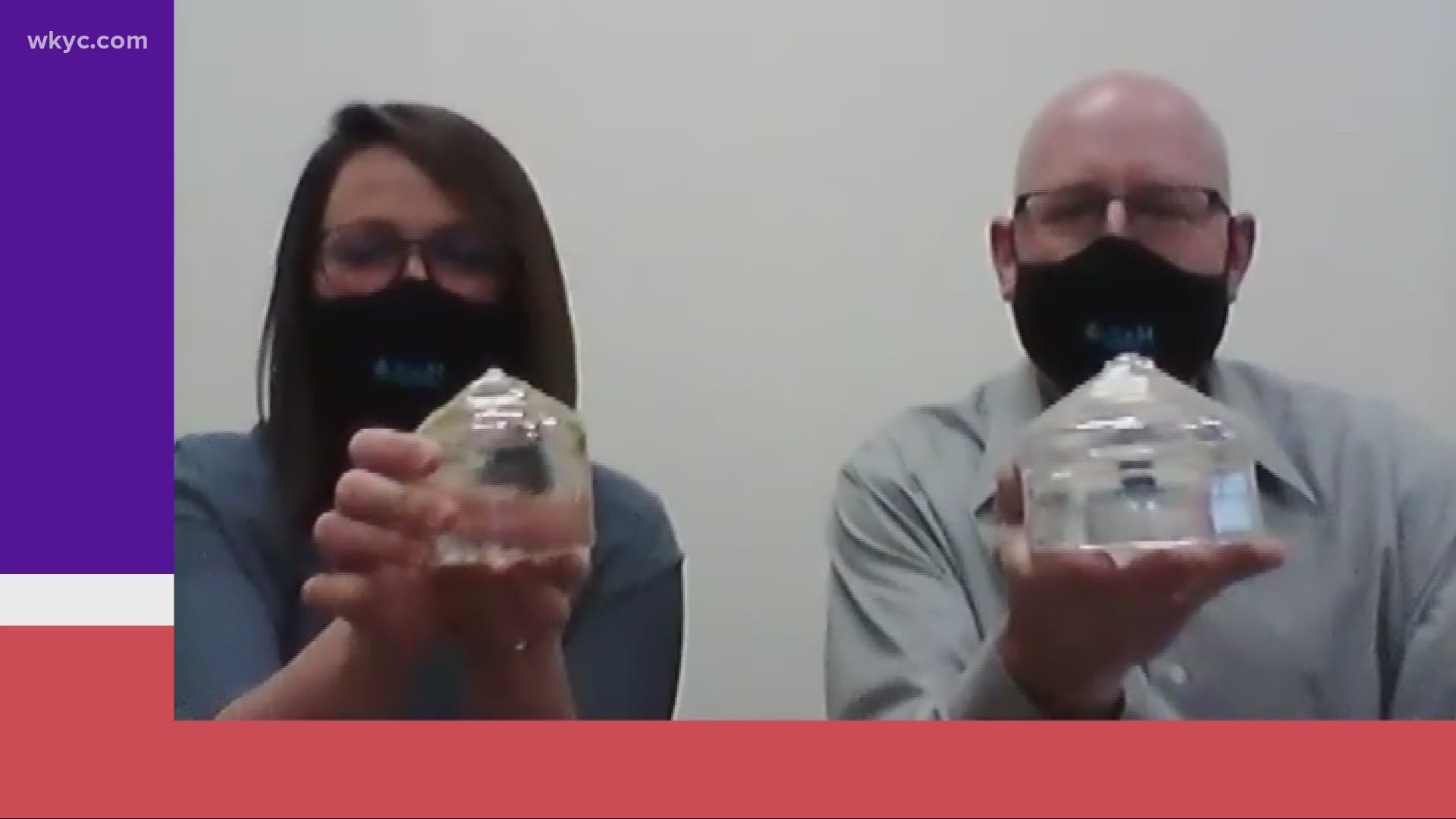 HIGHLAND HEIGHTS, Ohio — It will be another exciting week for NASA’s newest Mars rover, Perseverance, which is expected to beam back even more stunning pictures.

On Earth, a team of scientists from Northeast Ohio will be watching very closely.

Katie Colbaugh and Matt Whittaker are both graduates of Case Western Reserve University and crystal growth scientists with G&H in Highland Heights.

The pair grew crystals that were placed on the rover to help analyze soil on Mars.

“Allow the Perseverance Rover, the infrared spectrometer in the super cam, to do chemical analysis of the rocks on Mars,” Colbaugh said. “If there was life present, they might have left traces of evidence.”

Scientists are eager to know whether the planet once contained life.

Though the rover will collect samples to be retrieved and returned to Earth in about ten years, the crystals can help scientists analyze pictures sooner and perhaps get answers.

“It’s very exciting to see the rover land, but it’s the people that are going to be working in the rooms analyzing data for years to come where all of the discoveries are going to start,” Dr. Whittaker said.

Theirs is not the region’s only contribution to the mission, either.

“It takes the capsule from supersonic speed, Mach supersonic, meaning faster than the speed of sound,” Foster said.

So far, the contributions are making NASA’s fifth rover on Mars a success, even putting humans closer to one day going there.

On Monday, NASA will provide new information on the mission, including details on a helicopter attached to the rover’s belly that can send back images from 15 feet above the surface of the Red Planet.