First on 3: Cuyahoga County asks state for money to help pay for upgrades at Progressive Field

With little sin-tax money left for fixes and the Cleveland Indians’ lease up in 2023, officials seek additional public funds 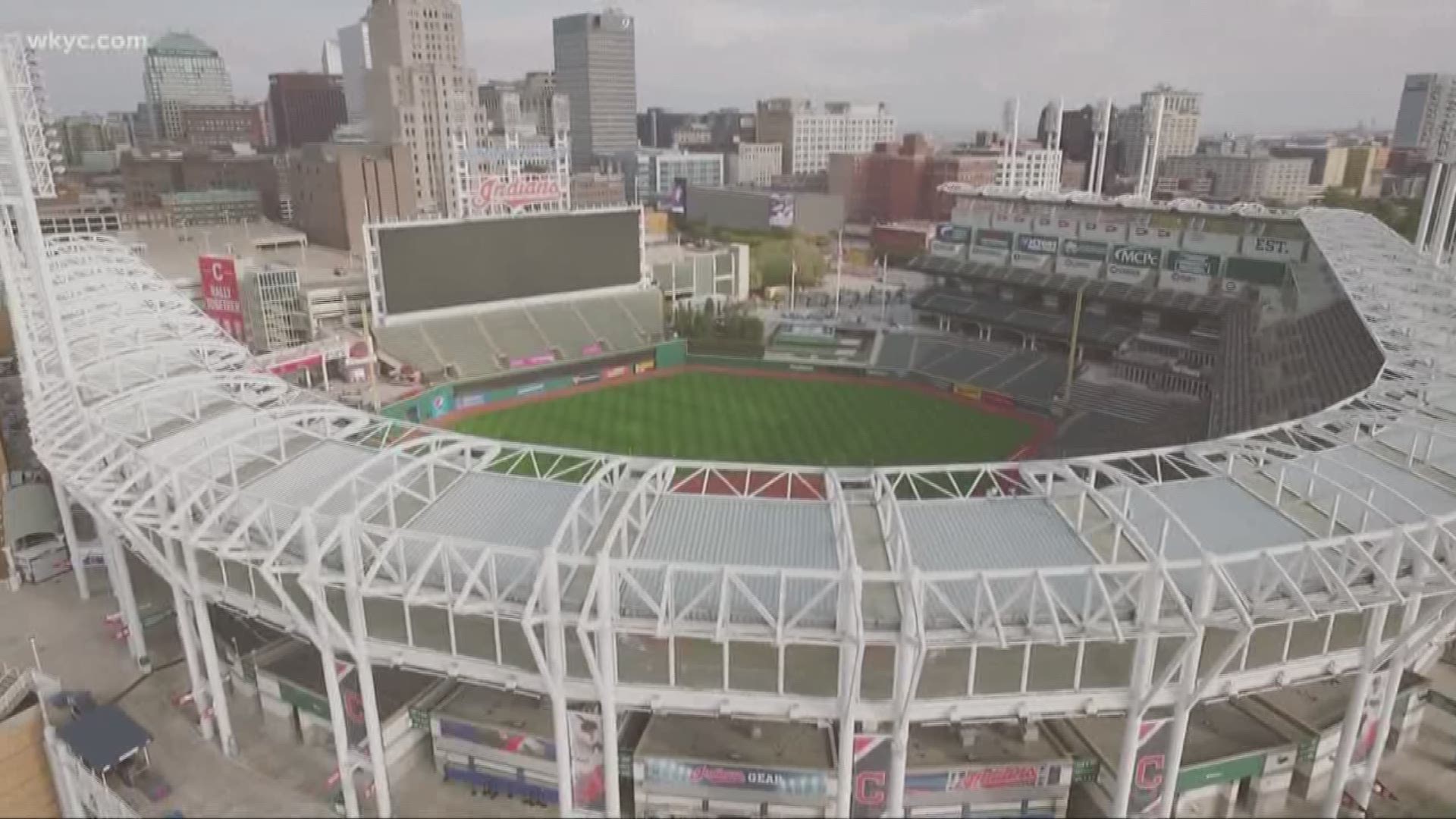 CLEVELAND — The Home Opener is one month away, a day when excitement and hope fill Progressive Field.

But there’s an off-the-field game already underway that’s even more critical to the future of baseball in the city: How county taxpayers will pay for a major renovation of the ballpark that first opened in 1994.

Cuyahoga County government and Gateway Development Corp., the county board that manages Progressive Field, has turned to the state of Ohio for help.

3News has learned that Gateway first asked JobsOhio, the state’s economic development agency, for money. JobsOhio turned down the request but offered advice on other possible funding sources.

“While this is not a project that aligns with JobsOhio’s financial assistance or strategy, we have had limited contact with representatives of Gateway and Cuyahoga County to advise on other possible funding solutions,” JobsOhio spokesman Matt Englehart said in an email.

Ken Silliman, the chairman Gateway’s board, confirmed he reached out to JobsOhio and continues to consider other options. He said he approached prominent Cleveland businessman Robert “Bob” Smith, chairman of JobsOhio’s board.

Silliman, as a former top Cleveland City Hall official for two mayors, has decades of experience in dealing with stadium financing. He wouldn’t say how much money the county is seeking.

State lawmakers are working on the two-year capital budget through which all sorts of projects are funded. Silliman said Gateway has not asked to be included, though he is not ruling out the option.

Silliman said the current sin-tax, which was renewed by voters for a second time in 2014, generates between $13 to $14 million a year. The money is split between the Cleveland Browns (FirstEnergy Stadium), the Cavaliers (Rocket Mortgage FieldHouse), and the Cleveland Indians. He said the biggest chunk – about $9 million – is being used to pay off bonds that helped fund the public’s portion of the area's recent renovation. He said the sin-tax only leaves about $2 million a year for fixes and upgrades for Progressive Field.

The lease between Gateway and the Cleveland Indians requires taxpayers to foot the bill on capital improvements that cost more than $500,000 and includes such things as roofs, heating and cooling systems and scoreboards.

The Indians’ owners have invested millions in other upgrades and paid up front for certain capital improvements. But the team is re-imagining the ballpark and is asking Gateway to help pay for it, just as Cavs owner Dan Gilbert asked for help renovating Rocket Mortgage FieldHouse. That renovation cost $185 million. The Cavs kicked in more than $100 million toward the cost. County taxpayers put in $70 million (plus interest on financing).

RELATED: Take a peek at Quicken Loans Arena's renovations before its reopening next week

Some  teams around the country have added development around sports facilities as one way to help pay for new stadiums and renovations. Silliman said that could be considered in Cleveland as well.

Indians spokesman Curtis Danburg declined to comment for this story.

Cuyahoga County Executive Armond Budish’s administration referred questions to Silliman, who said the team and the county are talking with the same goal in mind.

“We all share a desire to get a healthy lease extension,” he said.