The resolution for the settlement is listed as one of the items of agenda for the June 23 meeting. 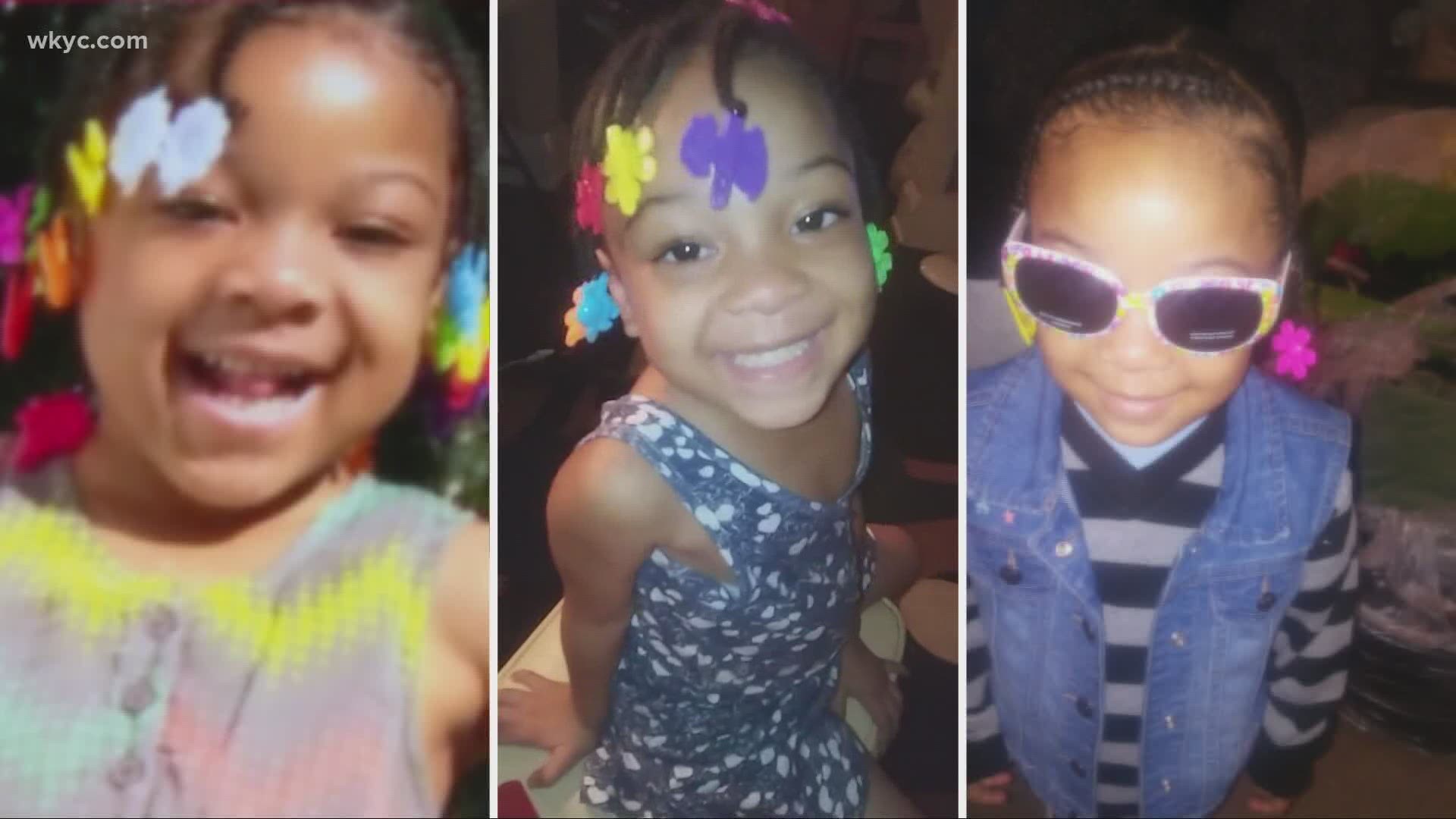 CLEVELAND — On Tuesday, Cuyahoga County Council will vote on a settlement proposal that will pay the father of Aniya Day-Garrett $3 million.

The resolution for the settlement is listed as one of the items of agenda for the June 23 meeting.

Garrett is the 4-year-old girl who died of a stroke in March of 2018, after investigators say she suffered severe blows to the head. WKYC's investigative team found that Aniya was abused as far back as 2015 in the custody of her mother and her boyfriend.

Aniya's father, Mickhal Garrett, filed a lawsuit in April 2019 against multiple individuals from the Cuyahoga County Division of Children and Family Services, along with two daycares she attended.

In March of 2019, 24-year-old Sierra Day and her boyfriend, 27-year-old Deonte Lewis, were found guilty of multiple charges, including murder and aggravated murder, in Aniya’s death. Day is serving a life sentence without the possibility of parole, while Lewis will be eligible for release after 20 years.

The attorney for Mickhal Garrett said the initial convictions only told part of the story, and that it was "a village" that failed Aniya. Roughly three dozen individuals and organizations were named in a lawsuit, including Anyia's convicted killers Sierra Day and Deonte Lewis, Cuyahoga County Executive Armond Budish, and members of both Get Ready, Set, Grow Preschool and Harbor Crest Childcare Academy in Euclid.

In the aftermath of Aniya's death, records showed a pattern of abuse dating back years, and medical examiners concluded she died of a stroke caused by several blows to the head. She was also found to be emaciated and malnourished.

The suit points to six reports filed with DCFS alleging abuse between Feb. 14, 2017 and Mar. 6, 2018. Despite the reports allegedly being made by Aniya's own father and aunt as well as police and hospital officials, attorneys claim the individuals involved "failed to properly investigate and document the reports of abuse and neglect," and that "the reports were miscategorized and summarily closed without proper investigation."

In addition, Harbor Crest apparently documented at least 14 cases of abuse against Aniya bewteen Sept. 17, 2015 and May 18, 2017, bit never reported anything to police until the latter date "after Aniya appeared at the daycare with an abrasion to her nose and bleeding from her ears and head." This came despite Aniya apparently telling employees her mom hit her.

Get Ready, Set, Grow is also accused of not reporting suspicions of abuse to proper authorities, and even allowed Sierra day to work there, "giving her continued access to not only Aniya, but other vulnerable children at the daycare." Both facilities were later ordered to shut down by the state.

The county later announced several changes to DCFS, including the hiring of more workers and the assignment of a deputy sheriff to assist in investigations. Two DCFS employees, Lorra Greene and Laura Cole, were also fired for "neglect of duty" in Aniya's case, and both were named in Mickhal Garrett's lawsuit.

RELATED: Euclid day care attended by Aniya Day-Garrett will shut down in March