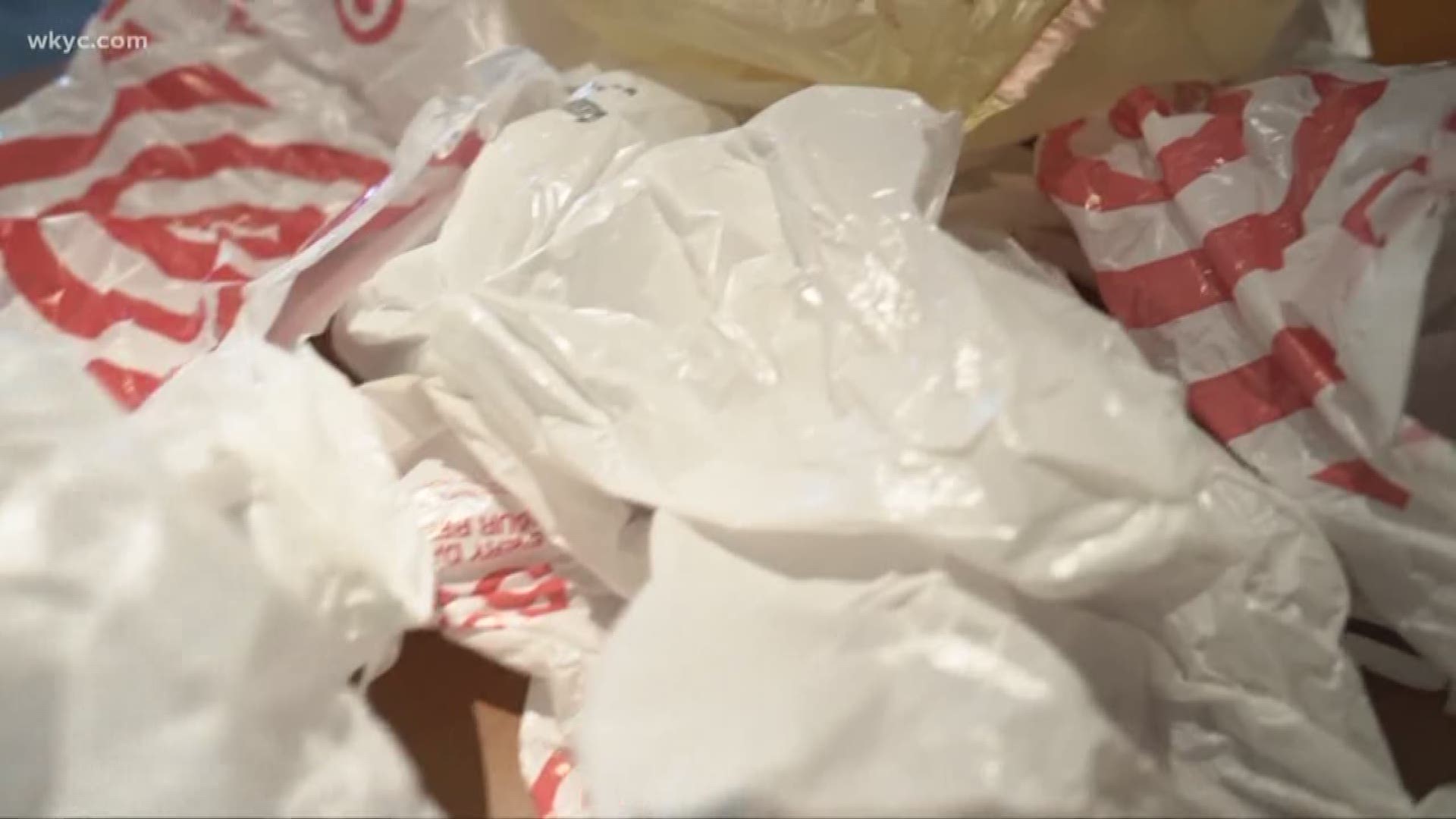 CLEVELAND — As expected, Cuyahoga County Council voted Tuesday to create a countywide ban on single-use plastic bags. The measure passed by an 8-3 margin.

The ban will take effect on January 1, 2020 and it will outlaw retailers from providing single-use plastic bags and paper bags that are not 100 percent recyclable or made from at least 40 percent of recycled material. It wouldn't apply to plastic bags that customers bring with them, bags used for carry-out orders of prepared food/leftovers, newspapers or perishable items such as produce, meat, and garbage. Bags used for dry cleaning, and pre-packaged bags for pet waste are also excluded from the ban.

Retailers that are first-time violators of the ban would be subject to a written warning, with second violations carrying a civil fine of $100 and subsequent violations resulting in fines up to $500. Enforcement will be handled by the Cuyahoga County Department of Consumer Affairs.

Cuyahoga county becomes the first county in the state to pass such a ban. Orange Village was the first municipality in Ohio to enact a ban on disposable plastic bags last December.

The council vote ran along party lines, with all Democrats in support of ban, and Republicans voting against it.

"The environment is important," said Republican Nan Baker, councilmember for District 1, who urged the council to delay the vote to allow for more time to research the ban's impact.

"But we need to make sure we're doing the right thing at the right time, and in the right way," said Baker.

However the sponsor of the legislation, Sunny Simon, a Democrat representing District 11, said the time is now.

"It will reduce plastic pollution by 300 million bags per year in Cuyahoga county alone," said Simon.

The new legislation could face a challenge by state lawmakers, who are considering a bill that would block local plastic bag bans. House Bill 242 is essentially a reboot of a bill passed by the Ohio House last year, but failed to advance before the end of the Ohio General Assembly's legislative session.

13 other states have passed similar preemptive laws that block local governments from enacting ordinances that ban, or place fees on plastic bags.