Cuyahoga County Executive Armond Budish: Violation of mask order could be punishable by up to 90 days in jail

Masks are now mandated throughout the county, but it will be up to local communities to enforce it. 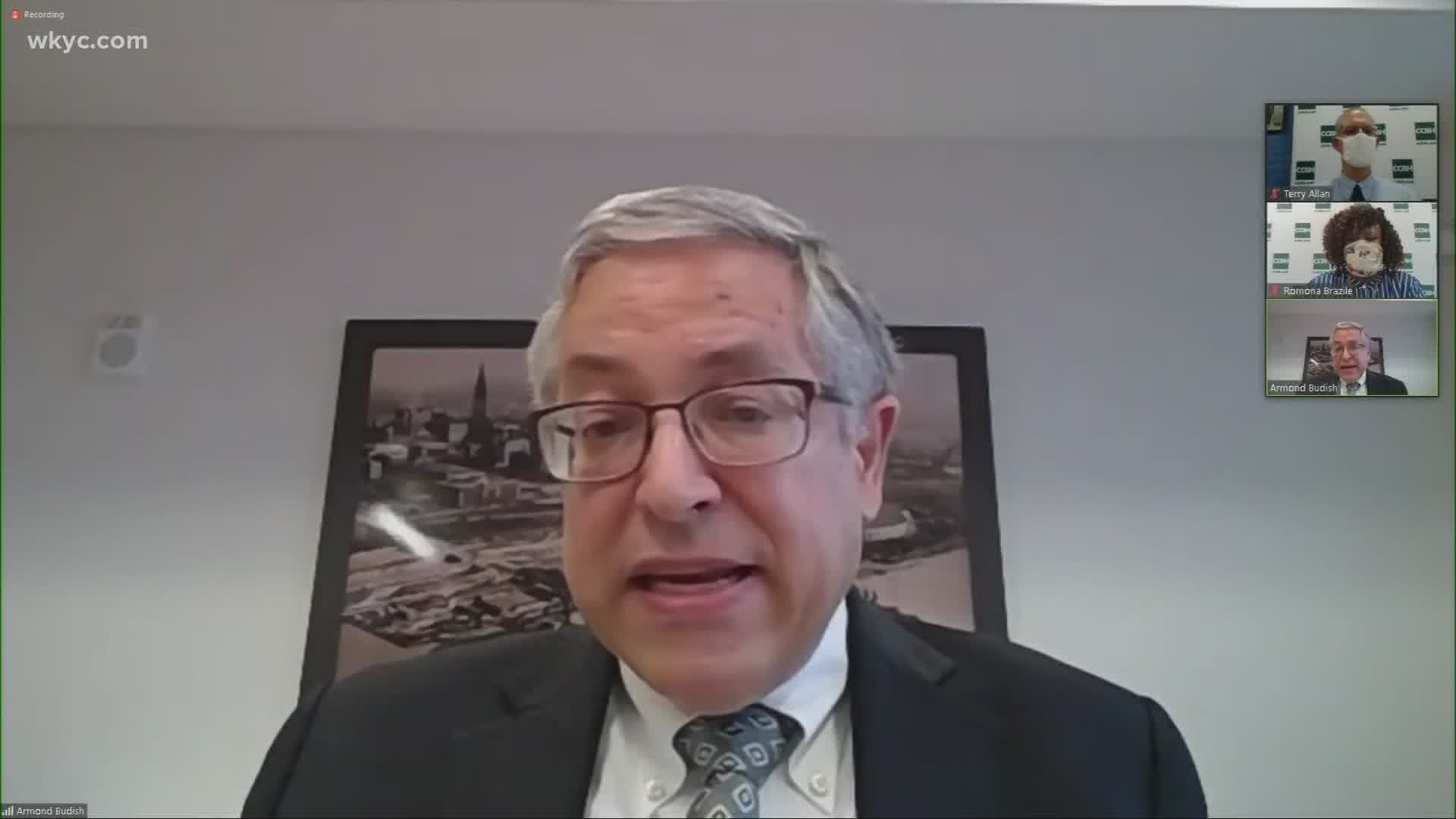 CLEVELAND — Failure to wear a face mask in public in Cuyahoga County could land you behind bars, County Executive Armond Budish said Friday.

In a Zoom press conference, Budish outlined how the county will enforce Gov. Mike DeWine's new mask mandate, which applies to Cuyahoga and 11 other counties throughout the state. While DeWine gave the official directive, it will be up to local communities to decide how they want to enforce the measure.

According to Budish, his office's "legal research" determined a violation of the order would constitute as a second-degree misdemeanor, punishable by up to 90 days in jail and a $750 fine. However, local municipalities will have leeway to enact their own, possibly non-criminal penalties.

"It's out hope that this kind of action won't be necessary," Budish said. "We hope that informing the business owner or relevant party will correct any compliance issues that exist."

Cuyahoga, Lorain, Summit, and Trumbull are among the 12 counties affected by DeWine's mandate, as all of these areas are currently under a red "Level 3" alert for COVID-19. In addition, Cuyahoga is on a "watch list" for the highest level (4).

"The surge is catastrophic, and we're right in the thick of it here," Budish said. "Things are getting worse."

RELATED: What are Ohio residents expected to do under each county coronavirus risk level?

County Health Commissioner Terry Allen detailed the alarming rise, noting that although more coronavirus testing is taking place, the positivity rate increase from just 3.7% on June 23 to 8.8% this past Tuesday. In addition, 80% of county adult hospital beds and 59% of pediatric beds are now occupied, the highest levels since the pandemic began.

"We need to remember that our young people are not invincible," Allen said. "Their actions have consequences for our seniors, our grandparents, their grandparents and for the child down the street who may be battling Leukemia."

While the county hopes to limit criminal or civil penalties and instead educated residents about the rules, a phone number for compliance complaints has been established at (216) 698-5050. Should people or businesses commit "repeated" violations, Budish says the county sheriff's office will not hesitate to take action.

"We hope our residents will realize that mask wearing is a necessity during these challenging times," he said. "Please help stop the spread and wear a mask."

Prior to the directive from the governor's mansion, Cleveland Mayor Frank G. Jackson had already signed an executive order mandating masks in the city and had planned to ask City Council to pass enforcement measures (such as a $25 fine for individual violators). It is unknown if that will still take place.