13 overdose deaths have already occurred in the first five days of April in Cuyahoga County. 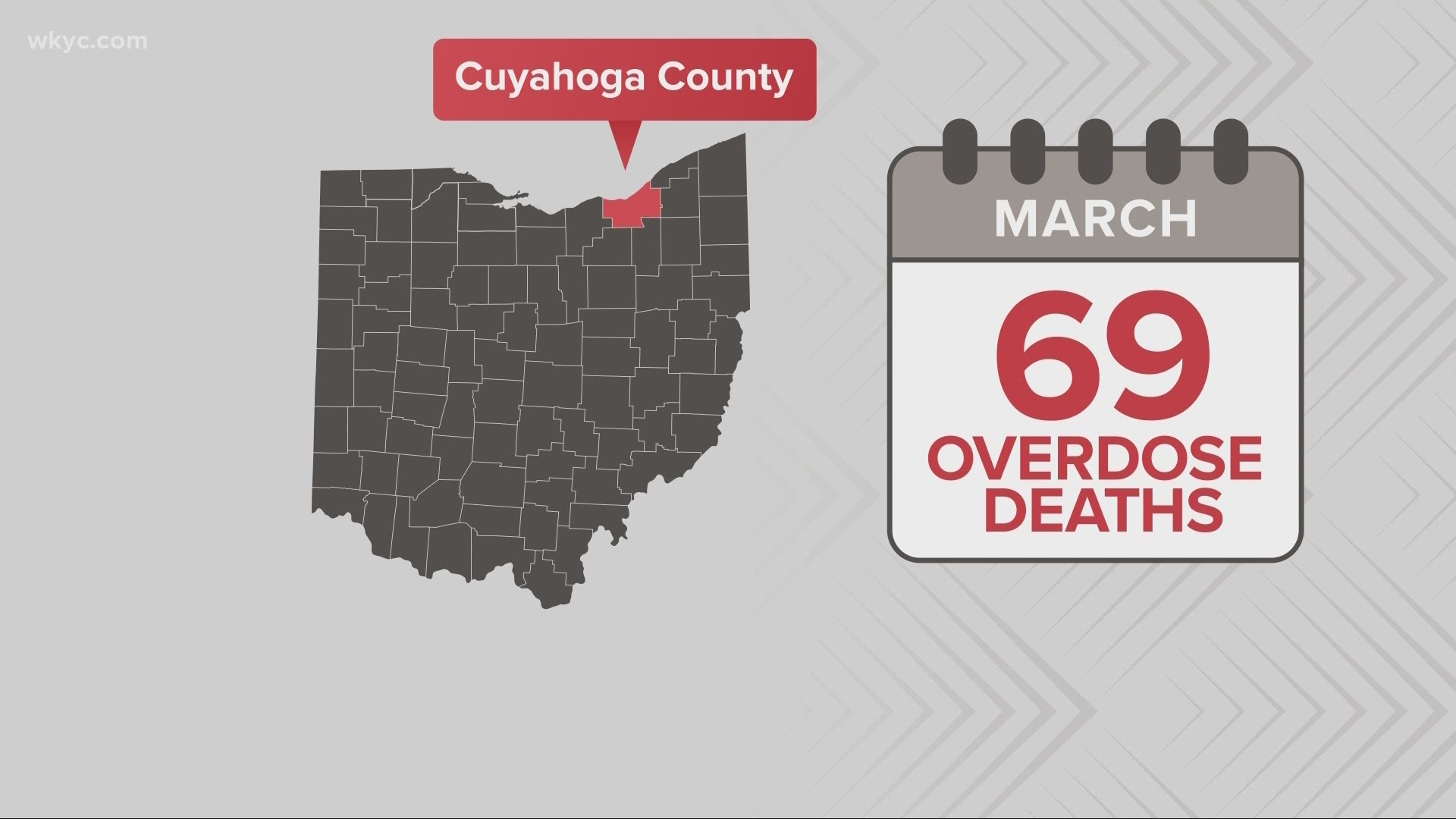 CLEVELAND — Cuyahoga County Medical Examiner Dr. Thomas Gilson has issued a public health alert due to the rash over overdose deaths during the past month.

According to Gilson, there were 69 overdose deaths during the month of March. While it’s too early to project with certainty how fatal this year will be, Gilson says if deaths continue at this pace, Cuyahoga County could again see over 700 overdose deaths.

The last time Cuyahoga County suffered over 700 deaths was in 2017.

“This is a serious development and the community should be aware of this spike in overdose deaths,” said Dr. Gilson. “Some preliminary data suggests minority communities may be more vulnerable in this outbreak. Risk reduction strategies like naloxone kits and fentanyl test strips are available at no cost and are effective at saving lives.”

FACES OF COVID: The pandemic killed her son, even though he never had the virus

Additionally, 13 overdose deaths have occurred in the first 5 days of April. Toxicology testing has not yet confirmed which drug(s) have caused the recent spike.

Additionally, anyone who is actively using or recovering from opioid addiction or knows someone who is is asked to contact Project DAWN for information at 216-778-5677. Those who are eligible for the program are given free Naloxone kits.

The Alcohol, Drug Addiction and Mental Health Services (ADAMHS) Board of Cuyahoga County also provides a 24-hour crisis hotline at 216-623-6888.