County Executive Armond Budish announced a first series of actions Tuesday, and added that more may be on the way. 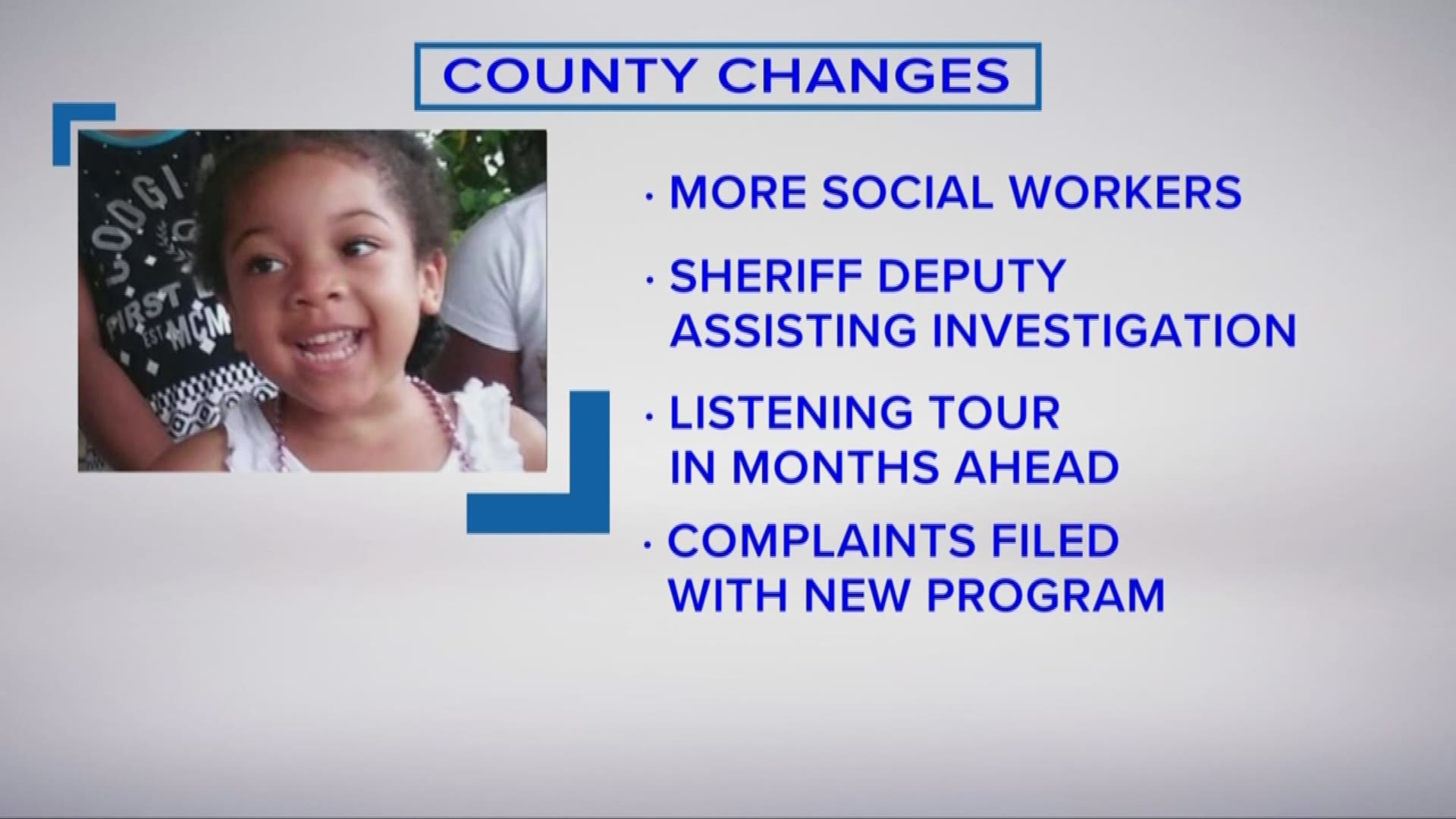 The Cuyahoga County Department of Children and Family Services has announced its first series of changes following the alleged murder of a 4-year-old girl earlier this year.

Cuyahoga County Executive Armond Budish, who formed an independent panel of child welfare experts back in March to investigate the death of Aniya Day-Garrett, says the county will start by holding a "listening tour" throughout late May and June.

The tour will give citizens a chance to speak directly to DCFS leadership about policies and procedures. The first event will take place at 1 p.m. on Tuesday, May 29 at the Friendly Inn in Cleveland.

The county will also:

Aniya Day-Garrett died on Mar. 11, 2018, and her mother and mother's boyfriend were later charged with killing her. Multiple investigations later revealed several warning signs of possible abuse, and both children's services and Aniya's daycare centers have come under fire for failing to protect her.

"No child in danger should fall through the cracks," Budish said in a statement. "We expect that these steps will improve the services DCFS provides to our citizens, and will better protect our children."

Budish's panel assigned to investigate Aniya's death remains ongoing, and the executive added that the county may take additional steps once the panel's final report is released.