The 30-mile bike path, which would need the cooperation of private property owners, could take decades to complete. 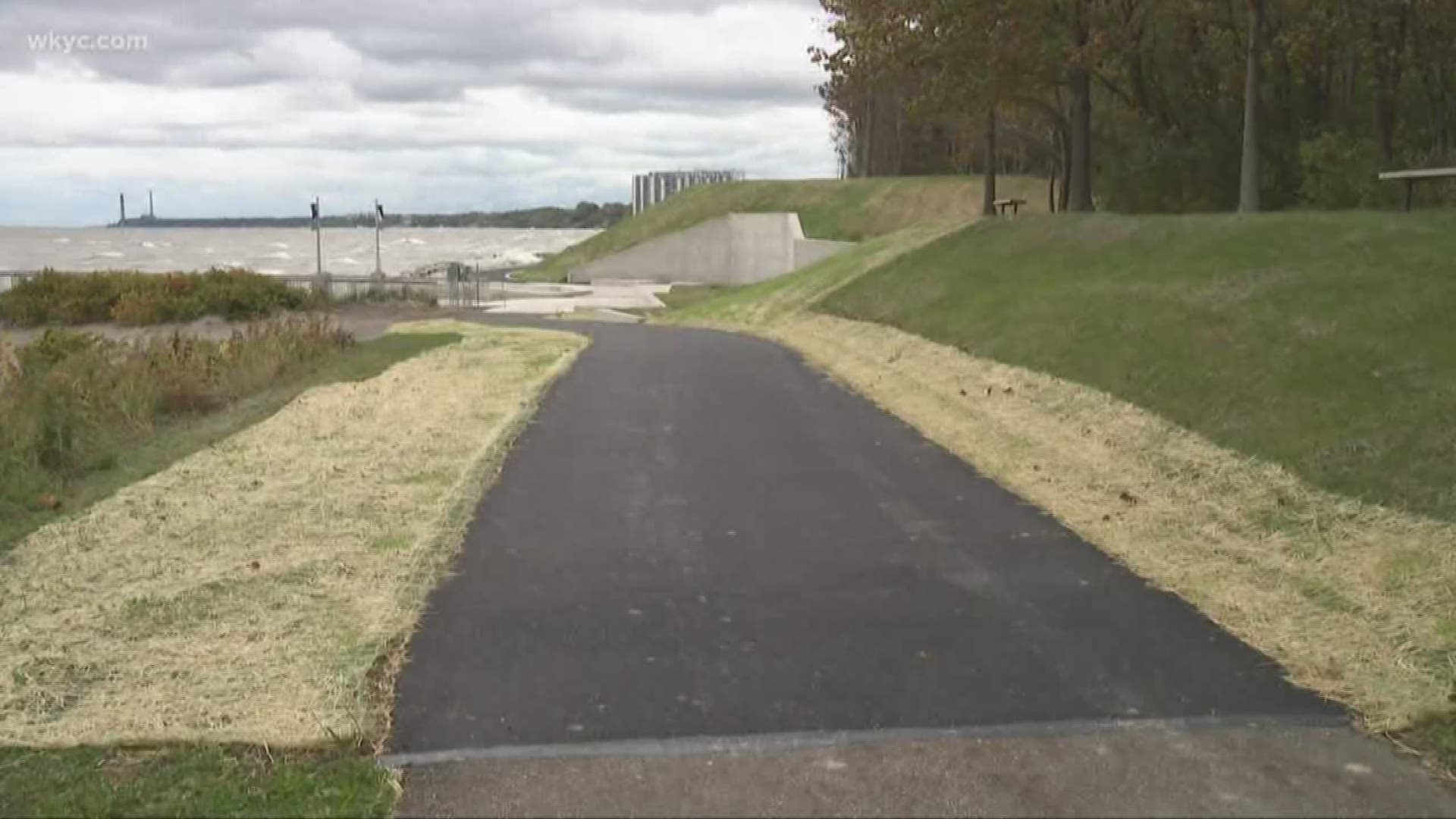 CLEVELAND — Imagine biking along the lakefront from Bay Village to Euclid.

Cuyahoga County Executive Armond Budish and a host of public officials and park leaders are doing just that. They unveiled a vision Thursday for such trail, one that could take decades to complete.

“Key to transforming our region is lakefront access,” Budish said Thursday during a news conference in Lakewood. “And to make the lakefront accessible to Cuyahoga County residents, you have to think big.”

County officials will use grant and county money to begin studying how such a path could be built along the rocky shoreline – which largely sits in private hands – and is dotted with apartments, industry and homes.

The county is looking to the city of Euclid as a model for dealing with private property owners. It’s completing the first stage of a nearly mile-long trail along private lakefront property that will cost more than $12 million. The city offered to shore up eroding bluffs on private property in exchanged for an easement to build the bike path. Budish said the county could also consider buying the property rights in certain cases. County officials said it too early to say what this could cost but said figuring that out will be a big piece of the puzzle.

This county’s plan would smart small – focusing on eroding shorelines near Cleveland’s Wildwood Park and the eastern end of Lakewood, among other spots. The county looks to connect to a network of trails already underway along the lake and riverfront.

You can see the plans and other proposed starting point in the documents below; these were distributed at today's news conference:

Supporters liken this project to the nearly 100-mile Towpath Trail, which follows the old Ohio and Erie Canal, which has taken 40 years to build. But building along private lakefront property, officials said, will require lots of time.