"The behavior observed on that fateful evening was completely out of character for Brett, and the family has as many questions as everyone else." 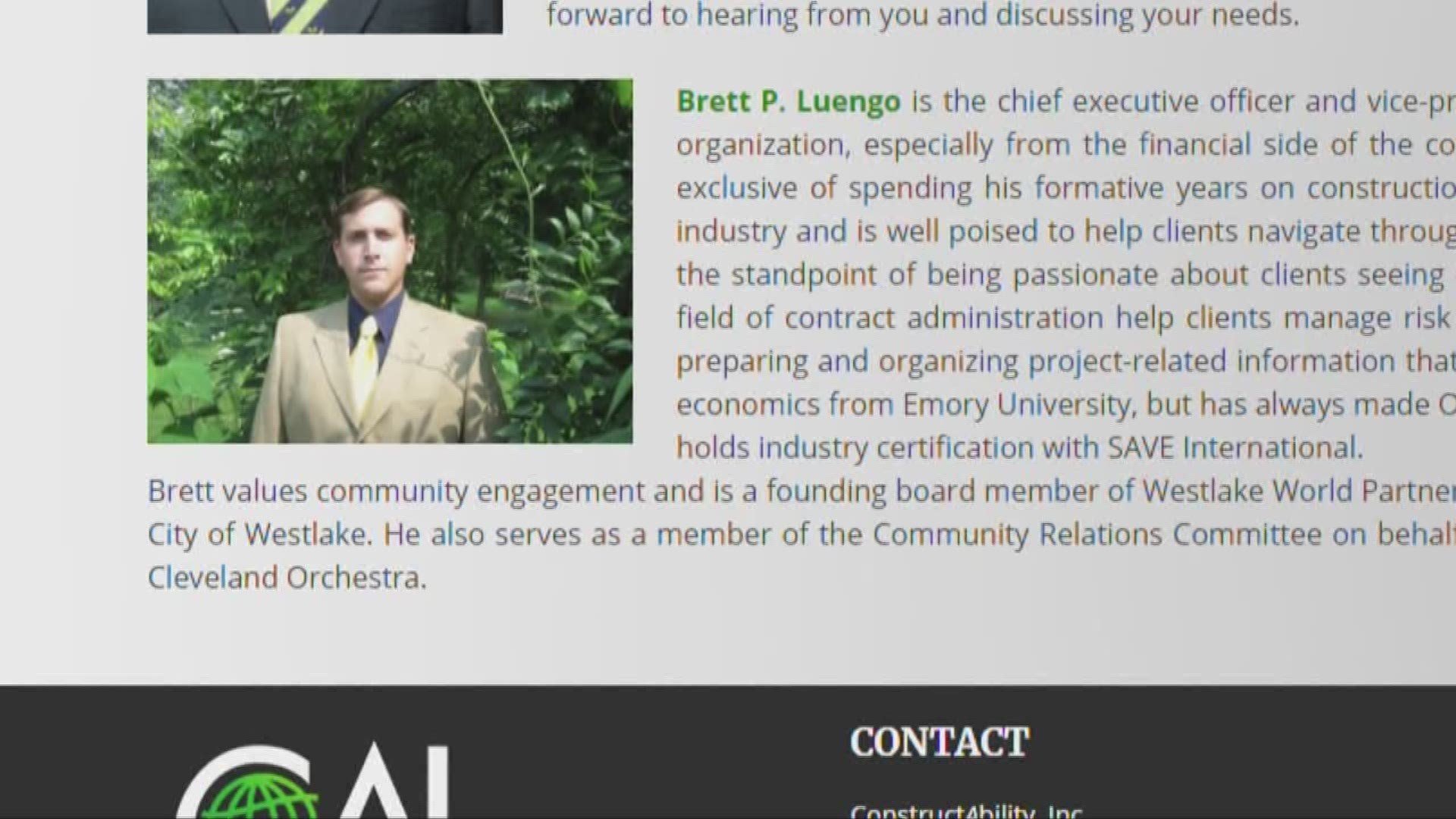 We are learning more about 33-year-old Brett Luengo of Westlake, known to many in the community as a respected businessman and family man.

Luengo was shot by a Cuyahoga County Sheriff's Deputy following an accident and confrontation Thursday evening. He succumbed to his injuries early Friday morning at MetroHealth Medical Center.

When we spoke to Luengo's family, they were obviously heartbroken by everything that happened on I-90. They chose not to go on camera, but did say the incident was "out of character" and there were no obvious signs that would explain away Luengo's fatal run-in with a sheriff's deputy.

Luengo worked as the CEO and Vice-president of ConstructAbility with his father, who founded the company. The company received a community pillar award in 2017 from the Northeast Ohio Hispanic Chamber of Commerce where Luengo addressed the crowd about being stronger together.

That night he told the crowd, "Working with my father day in, day out. I know exactly how that feels. Part of our corporate culture at ConstructAbility is to be visible in the community for all the right reasons."

MORE | The Investigator: Who is the Cuyahoga County Sheriff's Deputy who shot motorist on I-90?

While continuing to struggle with his sudden passing on May 24th, the family of Brett Luengo wishes to extend its gratitude to the good samaritans who stopped to assist Brett subsequent to his automobile accident on the evening of May 24, 2018. Brett’s family would also like to acknowledge the quick response of area police and paramedics. Brett was a beloved son and husband, a successful business executive, and supporter of the arts and his local community. He was articulate, well-spoken, highly intelligent and a loving man who is and will always be sorely missed. The behavior observed on that fateful evening was completely out of character for Brett, and the family has as many questions as everyone else. This incident by no means defines the way in which Brett lived his life, which has sadly come to an untimely end.