There was an apparent apology Thursday from the man accused of murdering five people over the weekend. 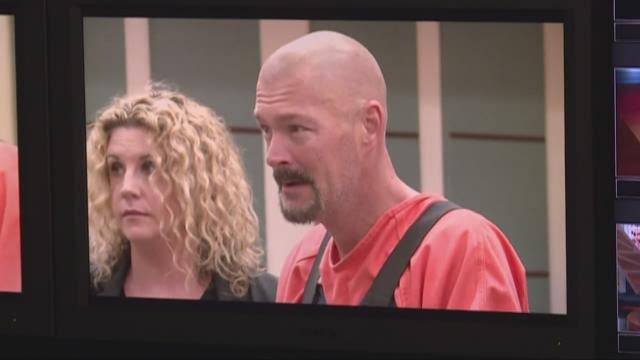 There was an apparent apology Thursday from the man accused of murdering five people over the weekend.

At his arraignment in Parma, 45-year-old George Brinkman acknowledged the news cameras in the courtroom and appeared to mouth the words “I’m sorry.”

It was before a judge imposed a whopping $75 million bond.

Brinkman is accused of kidnapping and murdering Suzanne Taylor and her daughters, Taylor and Kylie Pifer.

Scott Plymale was Suzanne’s boyfriend and also in court.

“The crime’s been committed; any sorrys don’t bring Suzie or the girls back,” he said. “His van was at the house, the door was locked, it was wrong,” he said. “I don’t know why he did it, but it shouldn’t have happened.”

Plymale called the murders “evil” and said he did not believe they had anything to do with the girls, but rather, Brinkman’s “feelings for Suzie.”

On Thursday, Brinkman could be seen wearing a cast on his right arm, something he did not have during the 8-hour standoff that led to his arrest at a friend’s home. There were also wounds on his hand.

The judge revealed the two sisters had been smothered to death, while their mother had been slashed in the throat.

Brinkman is also accused of fatally shooting Rogell and Roberta John of Lake Township at their home over the weekend.

He could face the death penalty if convicted of the crimes.