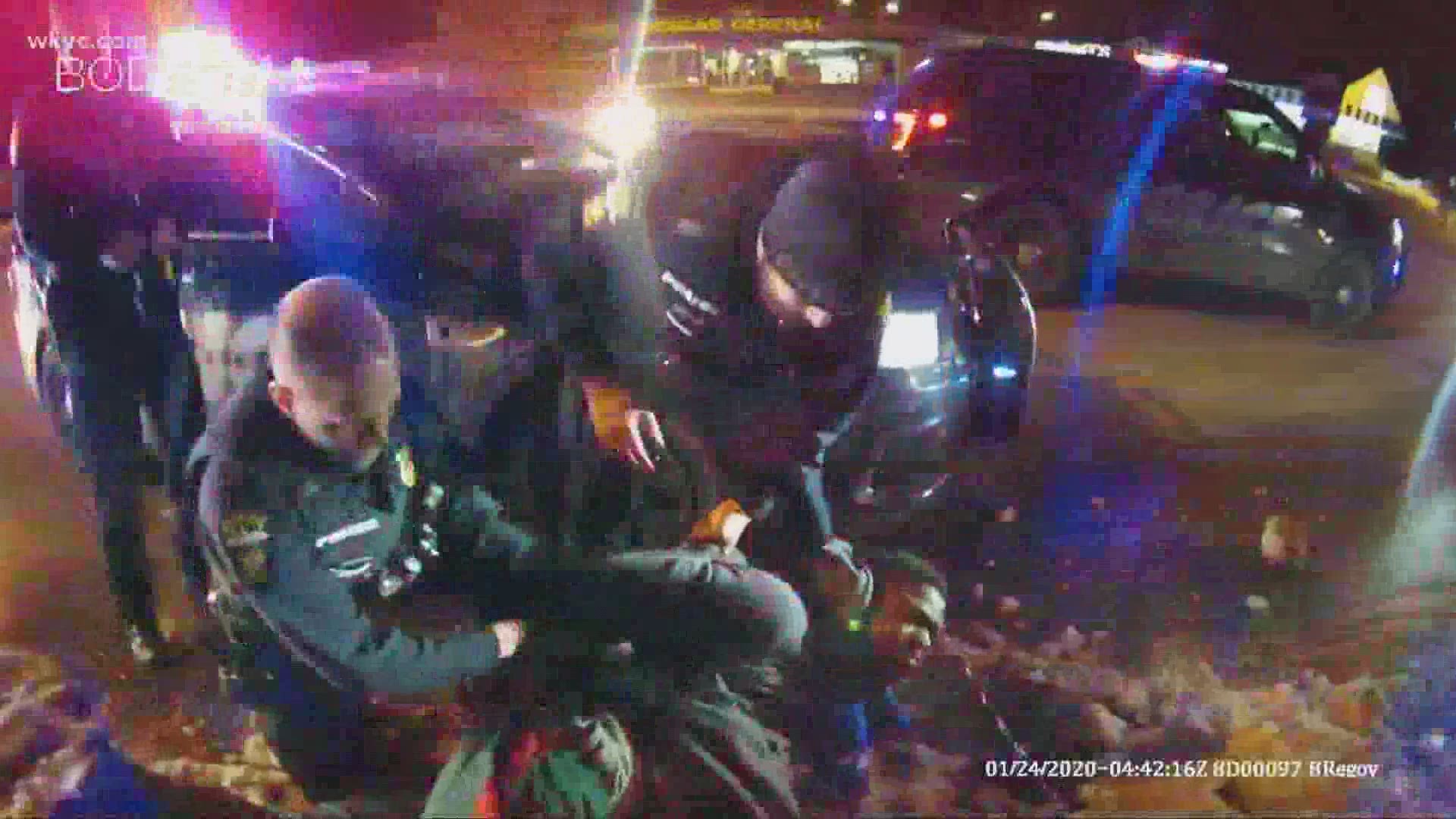 CLEVELAND — The video, like so many these days that document encounters with police, has gotten wide attention.

And it helped get 28-year-old Kenta Settles out of jail, for now.

He spent five months in lockup in the Cuyahoga County jail, charged with assaulting a Garfield Heights police officer on the night of January 23.

But recently released video from body cameras worn by a half dozen officers involved in Settles arrest complicates that narrative.

A recently filed federal lawsuit against police tells a different story. It says officers were aggressive and applied illegal force.

“Everything you see on the video could have been avoided if they just treated him with respect and dignity and talked to him like human and asked him what’s going on,” Jeremy Tor, a partner at Spangenberg, Shibley & Liber, told 3News.

Tor, who is representing Settles, said the officers can be seen applying compression force for several minutes, a tactic he said is illegal in Ohio.

“It’s the kind of compressive force that we saw in the George Floyd case that killed him,” he said.

Earlier that night, Settles, who has been diagnosed with bipolar and schizophrenia disorders, was standing in the line at the drive-thru window at CVS, where he planned to pick up medication, according to the lawsuit.

Settles tried to speak with a driver in the car in front of him about why he was on foot. He pulled on the driver’s door handle. The driver honked and Settles walked away without picking up his medication. The driver called police to report that the man might have been trying to steal his car.

“What happened leading up to what you see on the video was simply a misunderstanding at CVS,” Tor said. “This was not criminal. No was hurt.”

Garfield Heights Police Chief Robert Byrne posted a response to the media attention saying that reports of a carjacking and of an armed robbery in the area that night gave officers the need to investigate. He said the officers were unaware of Settles mental illness when they approached him.

“Our officers were legally okay to stop and bring him over to conduct a pat down check and then he began to resist and only at that time did officers use force,” he said.

Settles is black. And all the Garfield Heights officers who arrested him are white. But the lawsuit doesn’t make race an issue, nor has Tor raised it. The suit argues that the violent actions of the officers were unwarranted. Settles was left with cuts and bruises, a chipped tooth and a bruised shoulder.

RELATED: Black Lives Matter Cleveland holds 'This Is Why We Walk' rally at FirstEnergy Stadium