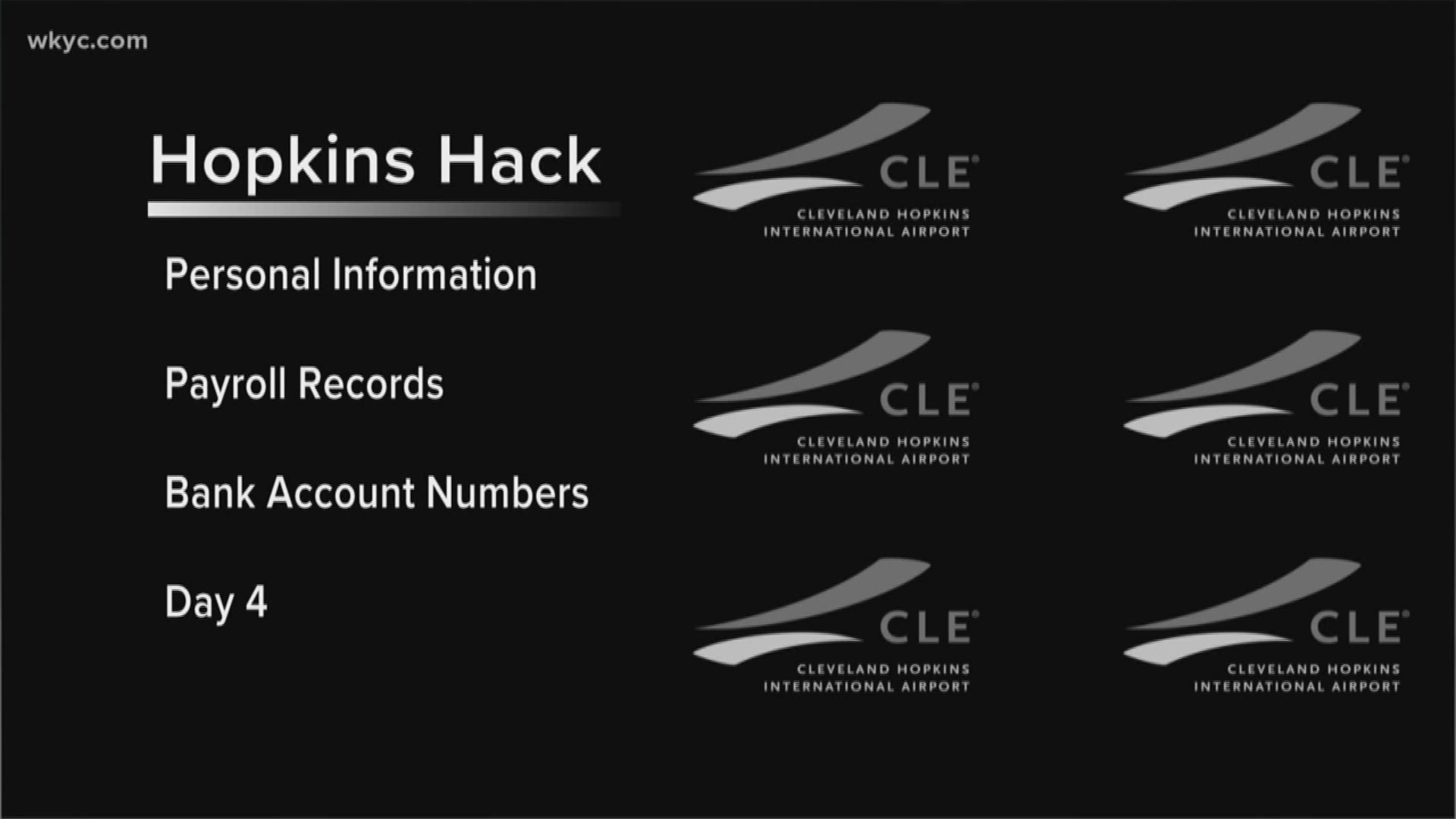 CLEVELAND — The mystery of who is behind the hacking at Cleveland Hopkins Airport continues.

Screens displaying flight arrivals, departures and baggage claims are still blank since the breach on Sunday.

A Cleveland City Hall source told "The Investigator" Tom Meyer that the hacking was a deliberate act that not only shut down screens, but airport email, payroll, and record keeping. The FBI is involved because ransomware—a harmful software—was used to shut down the system.

It was previously reported by two airport sources that it was possible that personal information contained in payroll records was obtained during the hacking.

However, the City of Cleveland sent out a second statement claiming that all payroll at the city level is safe, and no personal information was compromised.

However, Channel 3 has learned that airport payroll has been forced to move operations to city hall to rebuild its system so about 4-hundred airport employees can be paid on time, next Wednesday.

On the heels of this incident, the city of Cleveland is trying to ensure its other departments are prepared in case of a future cyber breach.

In a statement released on Wednesday evening, the city of Cleveland says the "technical issues are impacting a small number of airport systems." They stress that there is no impact to the airport's security and operations systems.

For any questions about your flight, check with your airline or the Hopkins website.