There is a limited amount of travel allowed at Brainard Circle. 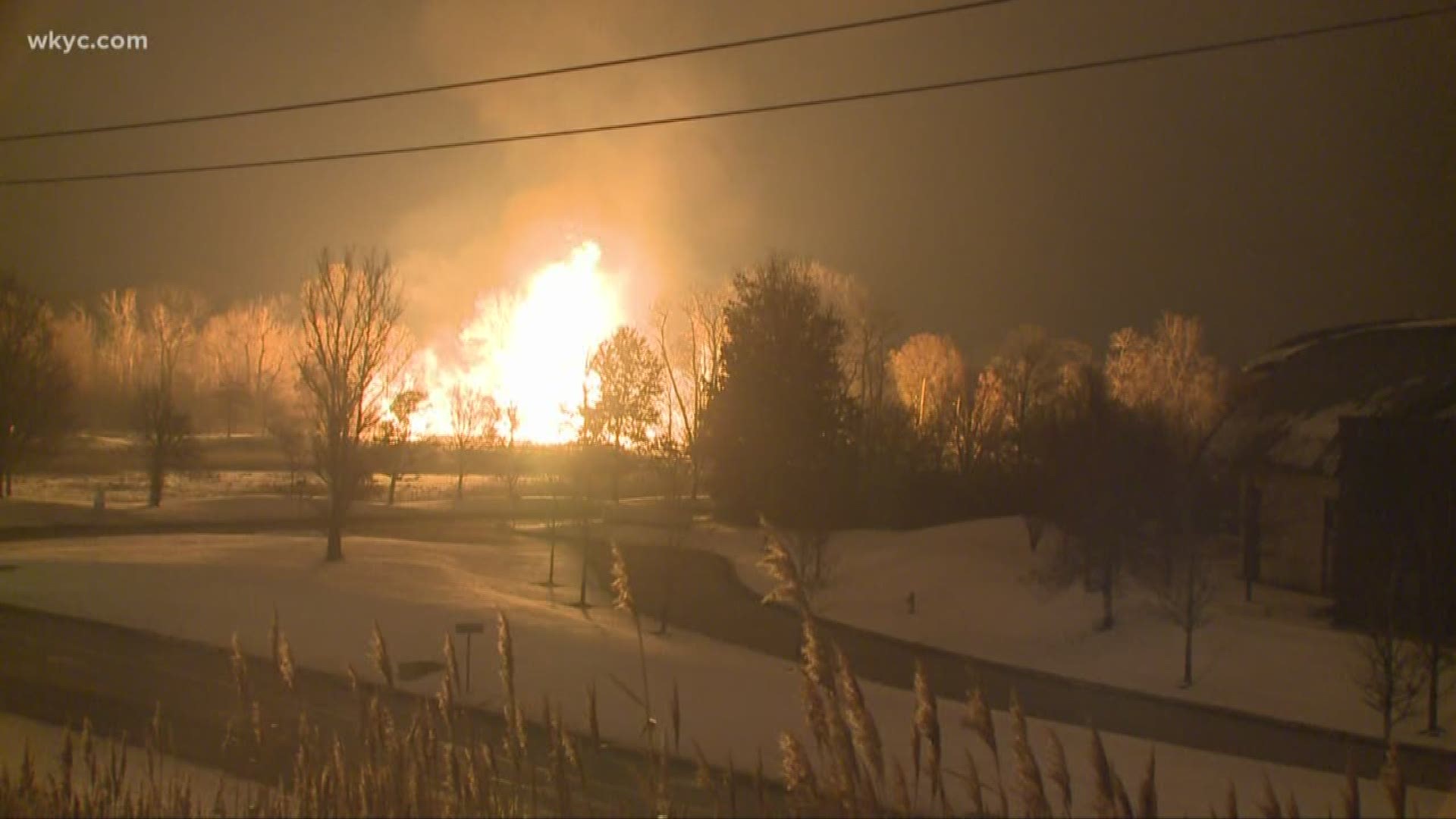 A gas line exploded just before 1 a.m. and burst into flames. Residents were immediately evacuated and taken to the Beachwood Community Center for the night (they are allowed to return home), and Dominion Gas shut off the supply feeding the blaze.

Pepper Pike Mayor Richard Bain and Police Chief Joe Mariola report that Dominion, Public Utilities Commission of Ohio and the State Fire Marshall of Ohio are conducting the investigation into how and why the natural gas main leak occurred. They add that the investigation could take several weeks.

Once the investigation is complete, officials say the reconstruction of the natural gas line and roadway will commence, along with the repair of power lines, phone lines and cable lines.

First Energy has restored power to all homes in the city.

Bain and Mariola say the city is working to reopen the roadway as soon as possible.