Scullin is accused of killing his future mother-in-law. 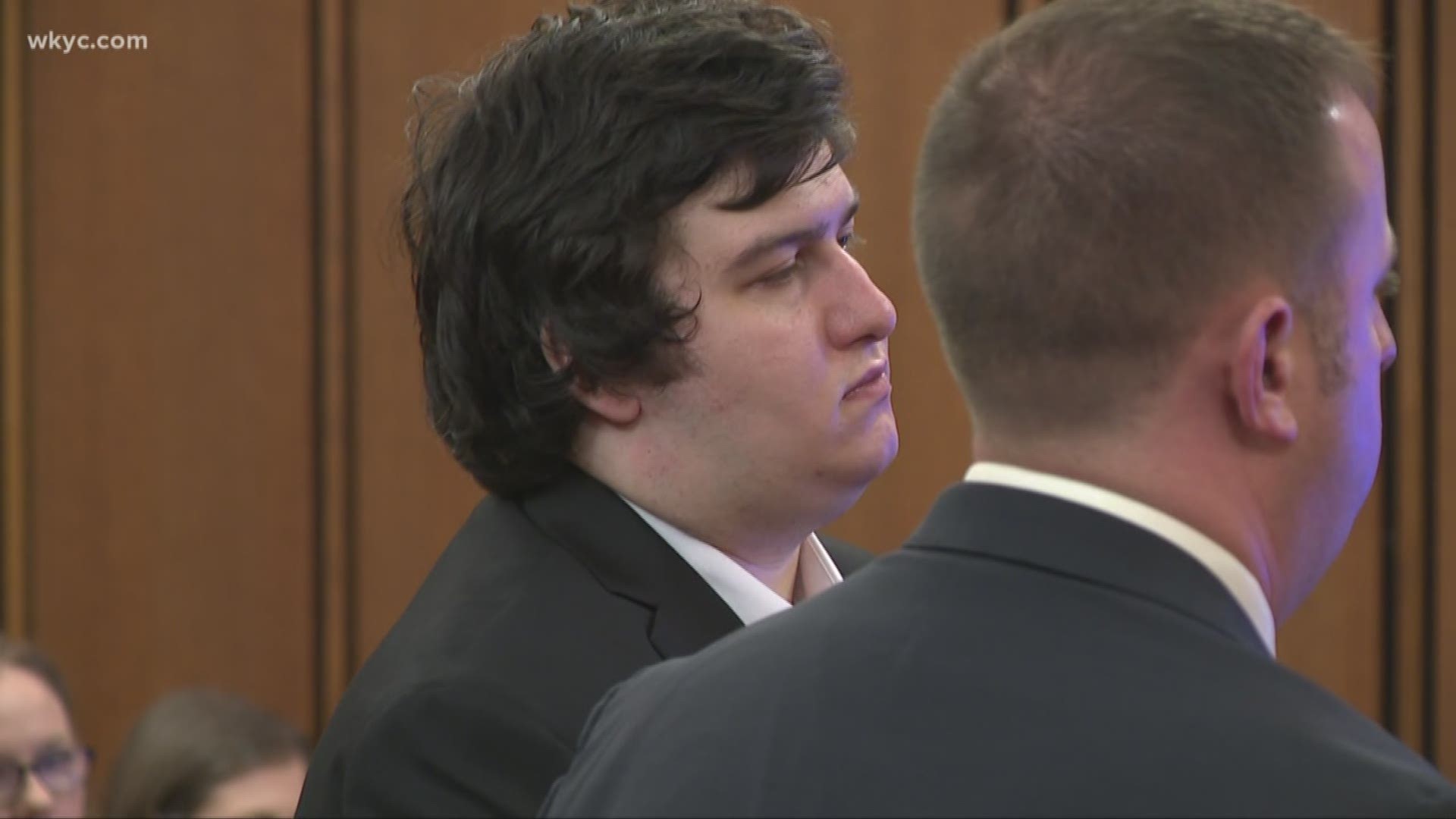 CLEVELAND -- Accused Strongsville killer Jeffrey Scullin was found guilty following a change of plea on the same day his trial was set to begin Wednesday.

Scullin changed his plea from not guilty to no contest, meaning he could spend life in prison with a chance for parole after 28 to 36 years, according to his attorney. 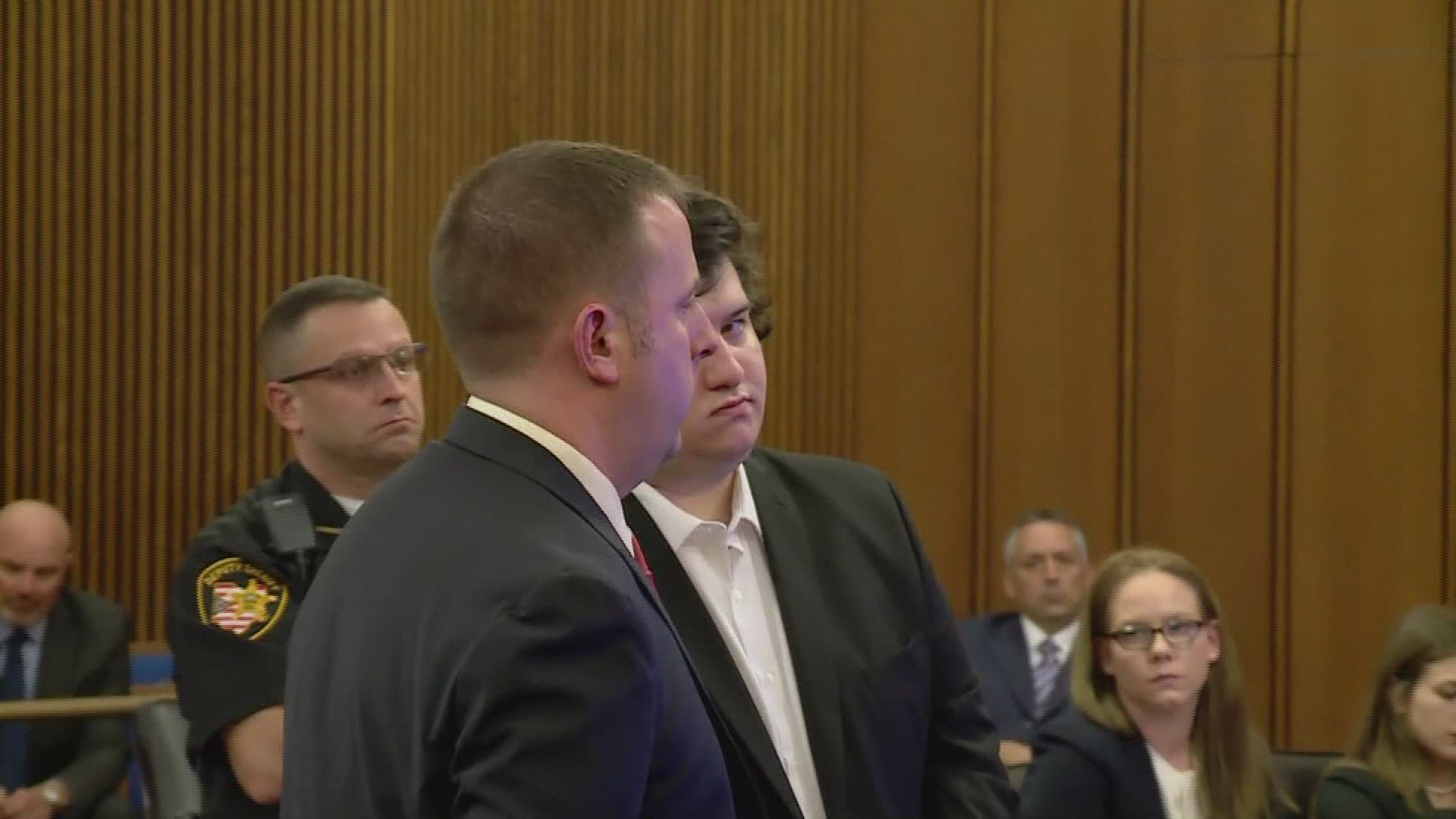 Pleskovic was found dead inside her Blazing Star Drive home Oct. 23, 2017. She was shot three times and stabbed 36 to 37 times. Her family told investigators only her son with special needs was home with her as they had planned to meet at a nearby restaurant.

Scullin, 20, also lived at the home as he has a daughter with Pleskovic's daughter. The two were scheduled to be married just days after Pleskovic's death. Instead, Scullin was a pallbearer at her funeral that day.

Three days later, Scullin was arrested on aggravated murder charges and he later confessed to the killing.

A motive for the killing was not clearly expressed, but prosecutors said Scullin's credit card was declined 14 times when he tried to pay for his wedding venue. The venue sent an email to Melinda Pleskovic stating that the wedding would be canceled due to lack of payment. Prosecutors say Melinda Pleskovic had planned to confront Scullin about the matter the day before she was murdered.

The Pleskovic family had also reported a rash of bizarre incidents at their home in the months leading up to Melinda's murder. According to Melinda Pleskovic's Facebook posts, the family believed someone broke into their home and stole her car keys. She also posted someone was using those keys to set off her car alarm in the middle of the night and that someone had placed nails in her husband's car tires.

Prosecutors were prepared to argue that Scullin was behind all of the strange incidents. Scullin was found guilty of making false alarms after prosecutors say he called 911 and claimed someone tried to break into the Pleskovics' home.

Scullin told dispatch he heard a noise from the rear of the home and saw a hand reaching inside a sliding glass door. Scullin said he opened the door and saw a man running from the home before he got caught in a dog leash on the patio and knocked over all the furniture.

But detectives pulled surveillance footage from a camera on a nearby structure facing the rear of the Pleskovics' home. That video revealed no one approached the sliding glass door on the night Scullin reported it and that the incident never happened.

Scullin's attorneys spent three days arguing to have his confession and portions of evidence thrown out. They claimed that Scullin's confession was coerced, and that police did not have probable cause while searching Scullin's vehicles.

Detectives found a knife and pair of sweatpants containing Pleskovic's blood and Scullin's DNA inside his vehicles. They also found a revolver with his DNA on the handle and trigger after he told police where the weapon was located.

The defense also claimed Scullin was threatened during his interrogation, but Judge Pamela Barker denied their motion to suppress the contested evidence.