The case stems from a 2012 arrest where Arnold Black was beat up by police and locked in a storage closet for several days before finally being put in jail. 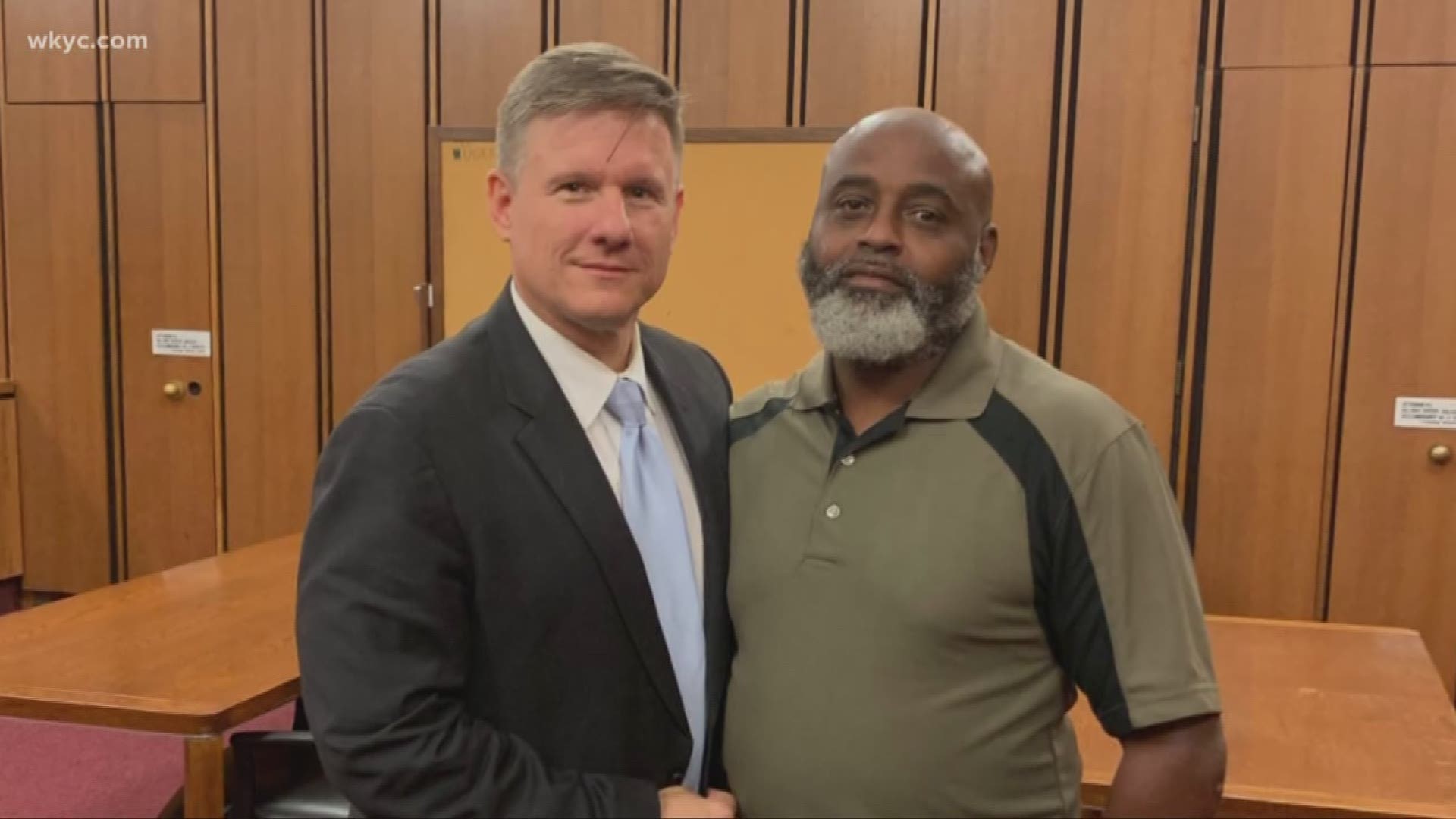 CLEVELAND — A big win Friday for an East Cleveland man who was involved in a violent arrest.

A Cuyahoga County jury awarded Arnold Black $50 million from the city of East Cleveland. It stems from a 2012 arrest where Black was beat up by police and locked in a storage closet for several days before finally being put in jail.

"He was handcuffed, they began to question him, 'Where are the drugs in East Cleveland' and Arnold said, 'what are you talking about' after a few more back and forths, officers just started punching him," Black's attorney Bobby DiCello tells WKYC.

The punches led to memory loss, balance problems, bleeding to the brain and other issues for Black years after the incident, DiCello said.

DiCello says Black was held on bogus charges from the very beginning.

"Understand, they took a man off the street for no reason," he said. "Police report that would've documented it, any searches that would have happened, contraband, if any, all of it charging instruments gone."

Hicks says if he didn't do those things, he "probably wouldn't have got promoted." He also says, "I would still be driving around taking reports."

O'Leary testified that his training officer told him when he started "its the right way, the wrong way and the East Cleveland way."

DiCello says the two described a culture that goes beyond Black and shows a pattern of abuse over the course of many years.

"He wasn't the first guy that they would do this to. There's no excuse for this. The government of East Cleveland ought to be ashamed of itself," DiCello says, adding that the $50 million verdict the jury awarded Black was very important in showing area police departments' corruption and abuse will not be tolerated.

"If we don't take the steps in court to stand up for the least of us, we are going to lose," DiCello said.

Black was previously awarded $22 million by another Cuyahoga County jury in 2016, but it was overturned after East Cleveland filed an appeal to the Ohio Supreme Court. An appeals court ruled the county judge did not have jurisdiction over the case because of it.

The officers involved in the case are no longer on the force.

We did reach out to the mayor of East Cleveland, along with the police chief and law director. Chief Michael Cardill did get back to us, saying "no comment."