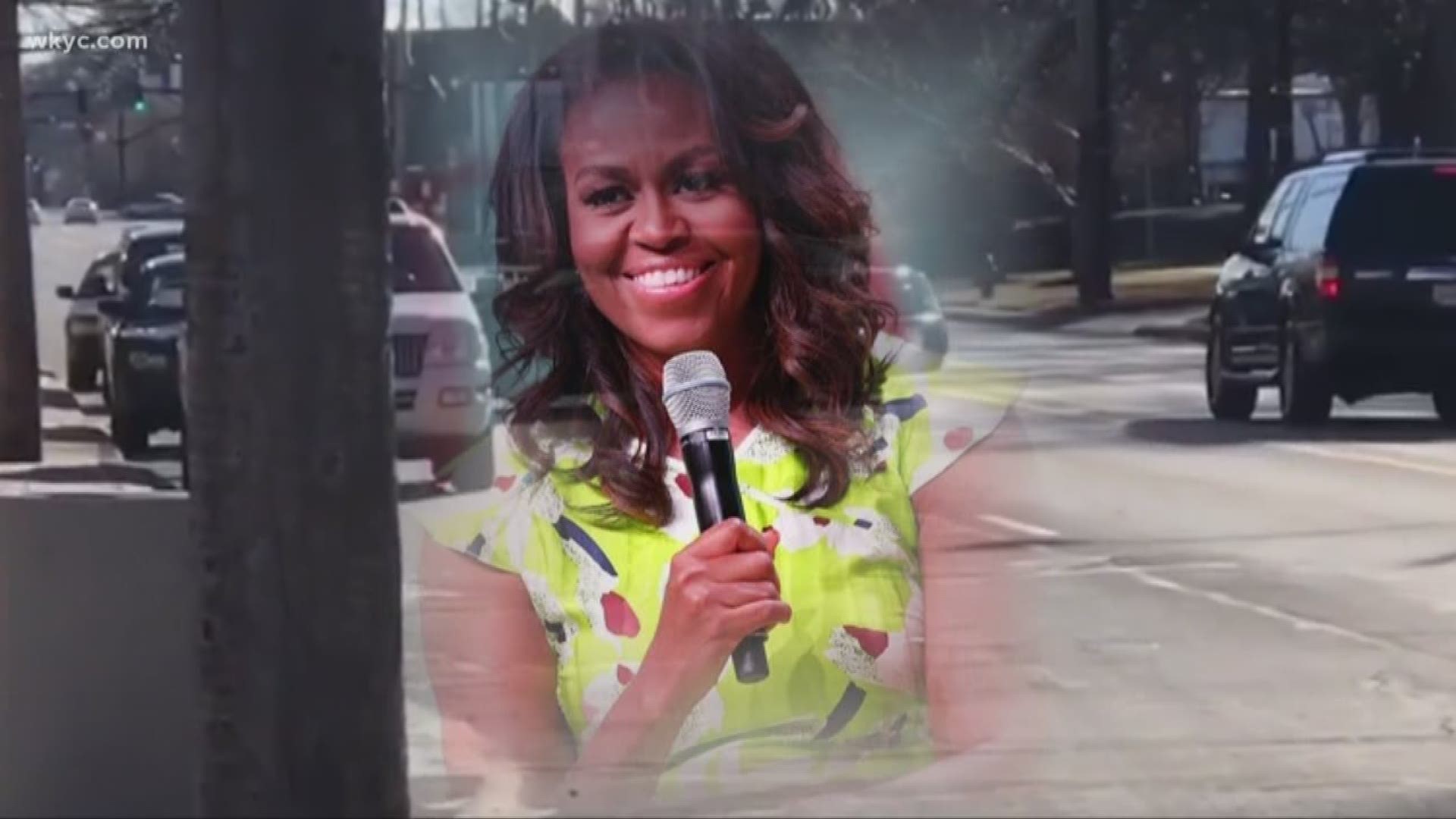 It is morning and Chagrin Boulevard is Sunday morning quiet. In a day washed in sunshine, the official motorcade streaks by and turns into the East View United Church of Christ in Shaker Heights, just a few yards from the Cleveland line. It is former First Lady Michelle Obama, traveling with Secret Service and members of her staff.

Michelle Obama  spoke for well more than an hour about her husband – former president Obama – and they and their daughters lived in the very public light of the White House for eight years.

But this morning, in a closed event, she surprised the members of a church book club reading her new book – “Becoming.”  The book club members had no idea she was coming to spend time with them.

At the book club event, she spoke and then attended the 11 o’clock church service. She did not speak at the church service, but did participate in all aspects of the service.

Toward the end of the service at East View United Church of Christ, Mrs. Obama left to well-wishes from the congregation and waves of goodbye.