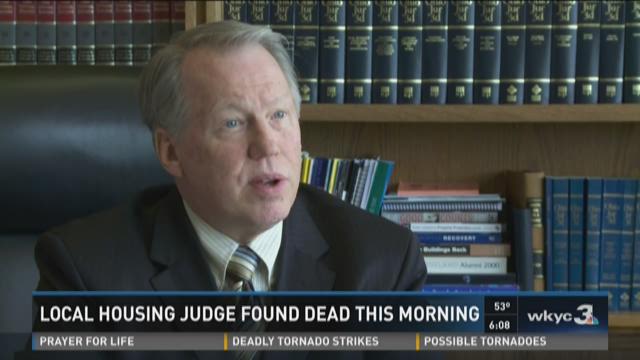 Raymond Pianka, 65, was found inside his home on Ellen Court in Cleveland.

Pianka was elected to serve the Cleveland Municipal Housing Court in 1995.

As the Housing Court Judge, Pianka implemented numerous innovative programs to obtain compliance with the City of Cleveland’s building, housing, and health codes.

According to his colleagues, he was a good guy and will be missed dearly.

Mayor Frank Jackson issued the following statement on the passing of his colleague,

"On behalf of the citizens of the City of Cleveland, I would like to express my heartfelt condolences at the passing of Judge Raymond Pianka. I served with Judge Pianka while on City Council and he was a tireless advocate for his community. My thoughts and prayers go out to his family and friends as they mourn his untimely death. He will be missed.”

"Judge Pianka was a truly caring and devoted public servant. He recognized the unique value of responsible home ownership and led efforts to enhance and protect t our neighborhoods. Our prayers are with his family."

Just received word my long time friend and our Housing Court Judge Raymond Pianka has passed away.
Please pray for his family. pic.twitter.com/Ahho8eJGf9