Oscar Serrantos-Lozano was arrested and charged with Polluting State Land or Water after he allegedly dumped blue paint off a cliff in Rocky River. 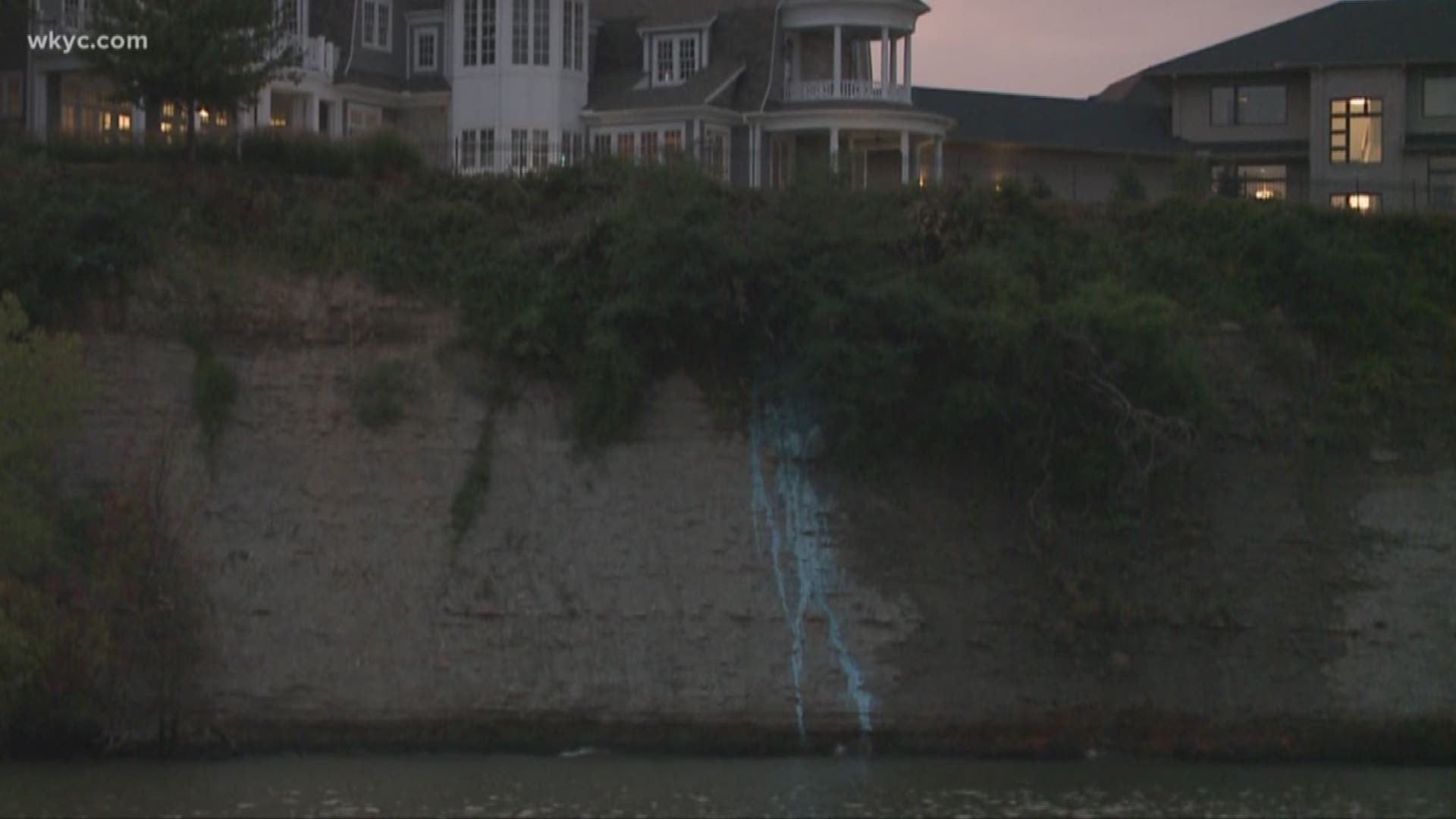 ROCKY RIVER, Ohio — It’s an eyesore that put one man behind bars in Rocky River.

Oscar Serrantos-Lozano was arrested for Polluting State Land or Water after he allegedly dumped blue paint off a cliff.

Those who live in Rocky River are not only confused about why, but upset that it’s skewed their view of the lake and the nature that surrounds it.

“It’s sad, it's a mar on that nature that we're enjoying,” Linda Bremkamp, resident, said.

Police said on Thursday, two people on paddle boards called in after seeing blue pain dumped over a cliff behind a house on Frazier Drive.

“It was swimming pool grout that was dyed blue for the bottom of the pool and instead of properly collecting the waste and disposing of it, they were dumping it over the cliff,” Lt. George Lichman said. “They had a container they were supposed to have there at the scene, I don't know why it wasn't used.”

It’s a bizarre scenario but unfortunately, dumping is not an uncommon issue.

“We've had people dumping tires, we've had some things dumped,” Lichman said. “This one is the most blatant that I can think of in the last 20 years.”
“I don't know how you get rid of that now without impacting nature just trying to get rid of it,” Bremkamp said. “I don't know if you sandblast it off or what you do or if you have to look at it for the next few years.”
Officers collected a sample of the paint to test it to make sure no wildlife, or people, will be harmed.

The Coast Guard is also investigating this case, meaning Serrantos-Lozano could be facing more charges.

He’s currently out on bond.