Man arrested for climbing onto habitat at Cleveland Zoo 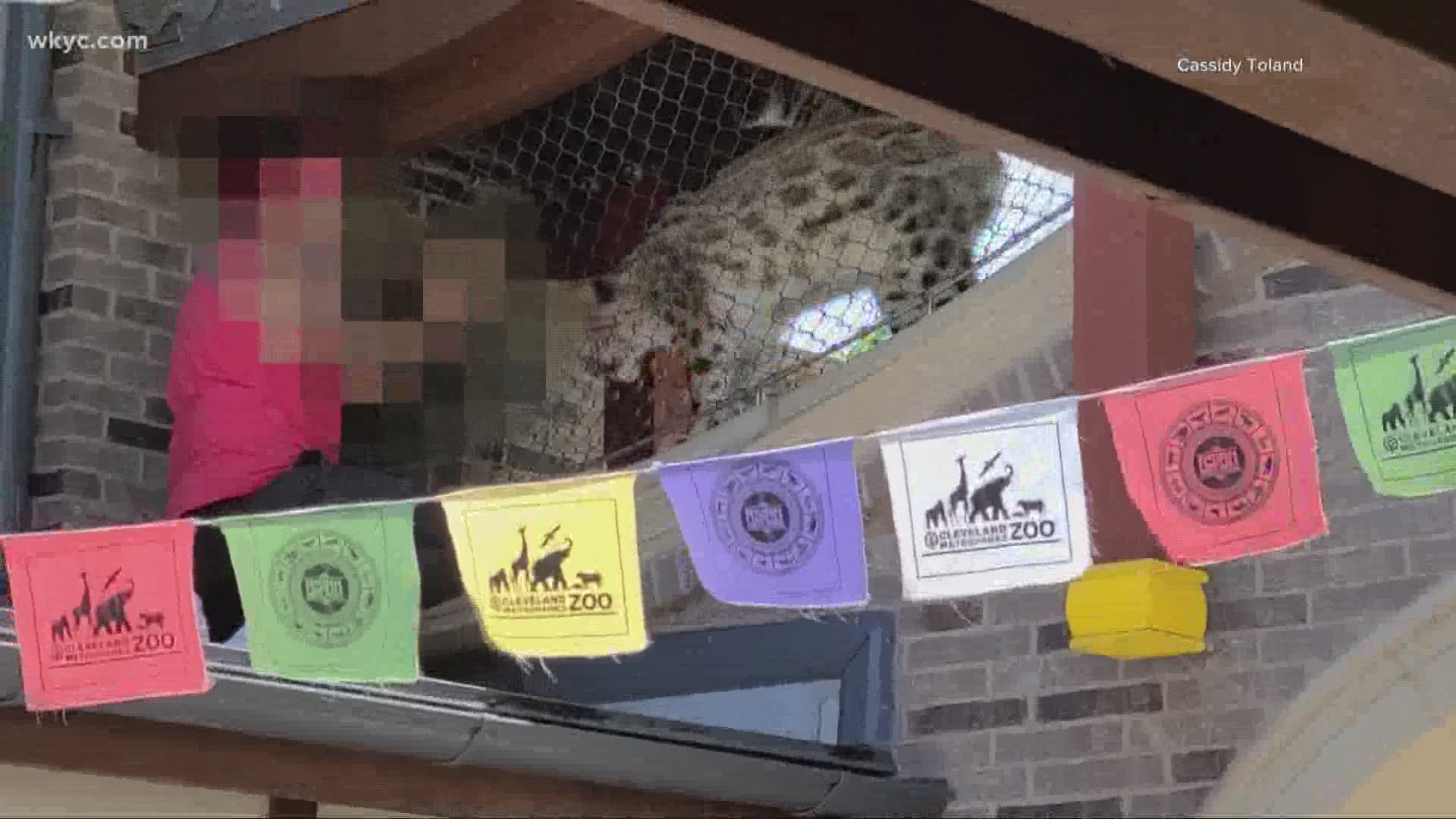 CLEVELAND — On Sunday, police arrested a man for climbing onto a leopard habitat at the Cleveland Metroparks Zoo.

“It was pacing, and it got its claw stuck at one point, because it was clawing at him,” witness Alexander Lowry said.

“Was just worried that something could potentially happen to the leopard,” said witness Cassidy Toland.

Toland and Lowry shared pictures and video with 3News.

The unidentified man could be seen touching and filming the cat beside steel meshing in a section which was clearly off-limits to the public.

“And his friend had said, ‘Yeah, he climbed up the pipe right there and got up there,’” Lowry said.

A spokesman for the zoo confirmed it happened in the Asian Highlands habitat around 1:45 and no one was hurt.

It was unlike what happened at the cheetah habitat in 2015, when a mother dangled her 2-year-old son over a railing, and he fell roughly 10 feet and hurt his leg.

The parents jumped in to get him, but the mom was charged.

The zoo changed some exhibits to make them safer for the public, and in 2018, completed a new habitat for the snow leopards.

“We have a responsibility to them to not be reckless,” Cassidy Toland said. “You can’t be selfish. These are living, breathing animals and they deserve our respect.”

At no point did the man physically enter the habitat.

RELATED: The impact of the coronavirus pandemic on Northeast Ohio's fruit farms

RELATED: Cleveland Metroparks Zoo to open 'Dinosaurs Around the World: The Great Outdoors' on July 1