Firefighters battled the flames before sunrise on Lake Road. 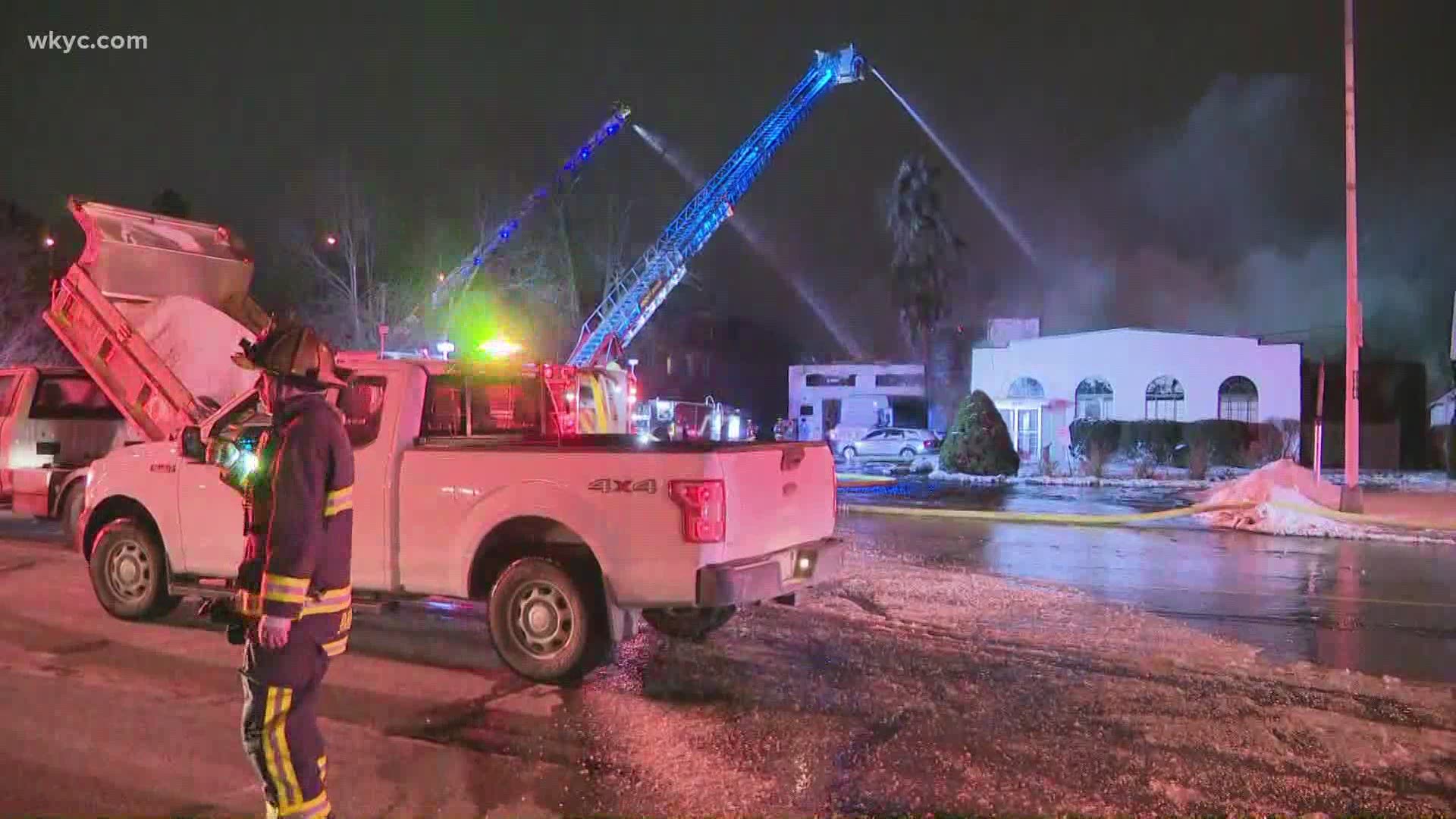 ROCKY RIVER, Ohio — Firefighters were called to the 19600 block of Lake Road in Rocky River early Friday morning in response to flames burning at the Mason Auto Body & Mechanical shop.

It's unclear what caused the fire, but officials are investigating. Lake Road is also closed in the area near Mason Auto Body until further notice, so drivers should avoid that stretch of roadway for now.

The Rocky River Fire Department was assisted at the scene with the help of Bay Village, Fairview Park, Westlake, Lakewood, North Olmsted, Avon and Avon Lake.

No additional details about the blaze were immediately available, but we will update this article once more information is released. We streamed extended live video from the scene of the fire, which you can watch in the player below: