Attorneys say the alleged victim still suffers "weakness and immobility" to this day. 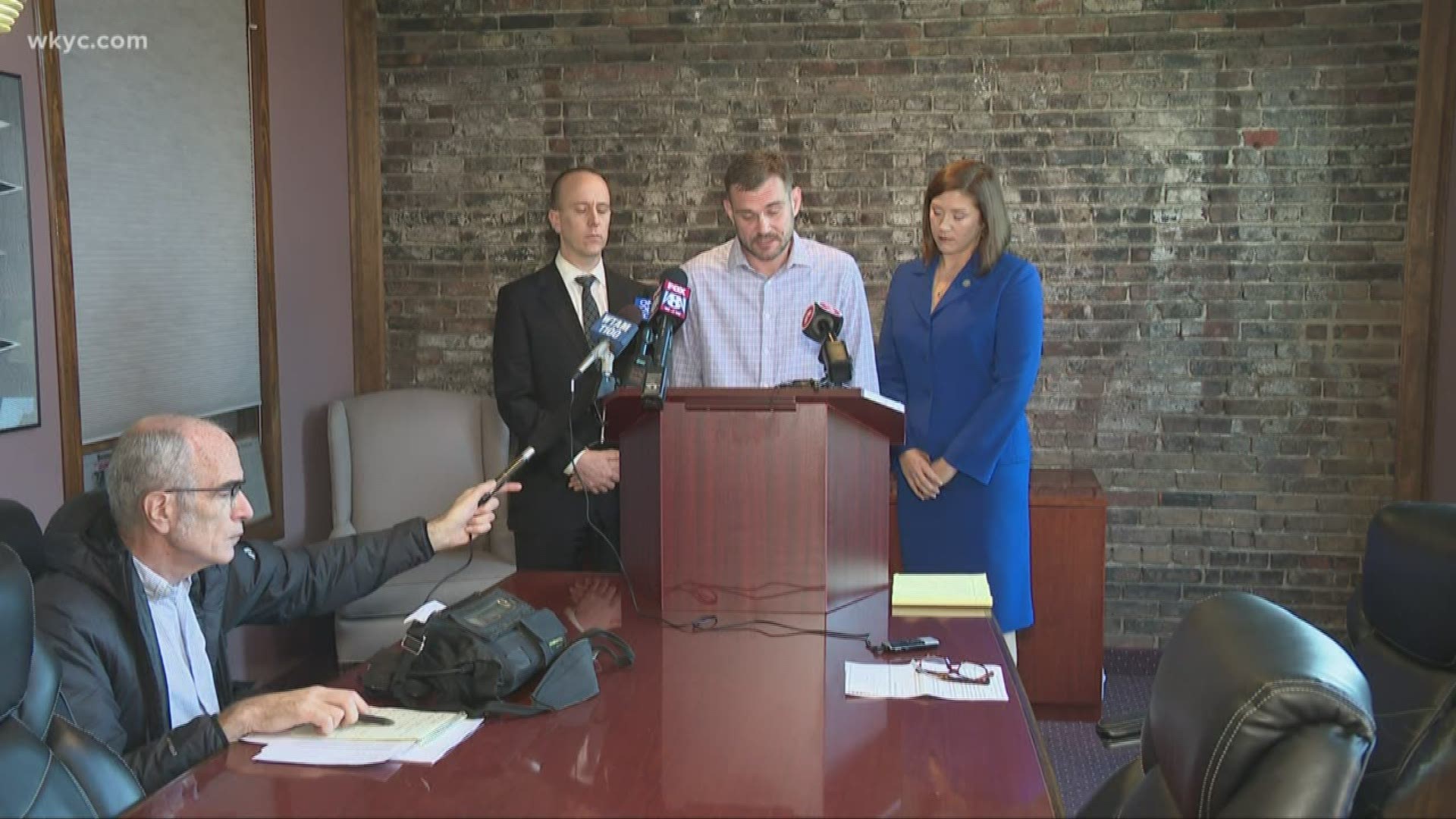 CLEVELAND — Lawyers from the Chandra Law Firm held a press conference Tuesday to announce yet another lawsuit in the ongoing Cuyahoga County Jail scandal.

The suit alleges that former inmate Glenn Mayer Jr., who suffers from a neurological condition, was attacked by a corrections officer while receiving medical attention from a nurse last October. Attorneys say Mayer had to be confined to a wheelchair for a tine and still suffers from "weakness and immobility" due to the incident.

Mayer, who was in the jail on domestic violence charges, claims he was receiving medication from a nurse and was twitching due to his disorder. Officer Darriell Hayes allegedly attacked him from behind and "roughly" grabbed and squeezed Mayer's neck, causing more tremors. It was then that Hayes slammed his elbow into Mayer's back and pulled more on his neck, the lawsuit alleges.

The nurse eventually intervened, but after stopping Hayes is accused of saying things such as "I’m used to choking people out." The complaint also alleges he did not document the use of force and has not been disciplined by the county.

Watch the press conference in the player below:

"Mr. Mayer’s life has been permanently transformed by the crucible of misery that is the Cuyahoga County jail. There is no justification for unprovoked violence against anyone, let alone someone with a serious neurological condition. Cuyahoga County has fostered a culture of abuse and Mr. Mayer is determined to hold those responsible for his injuries accountable."

You can read the full lawsuit below: