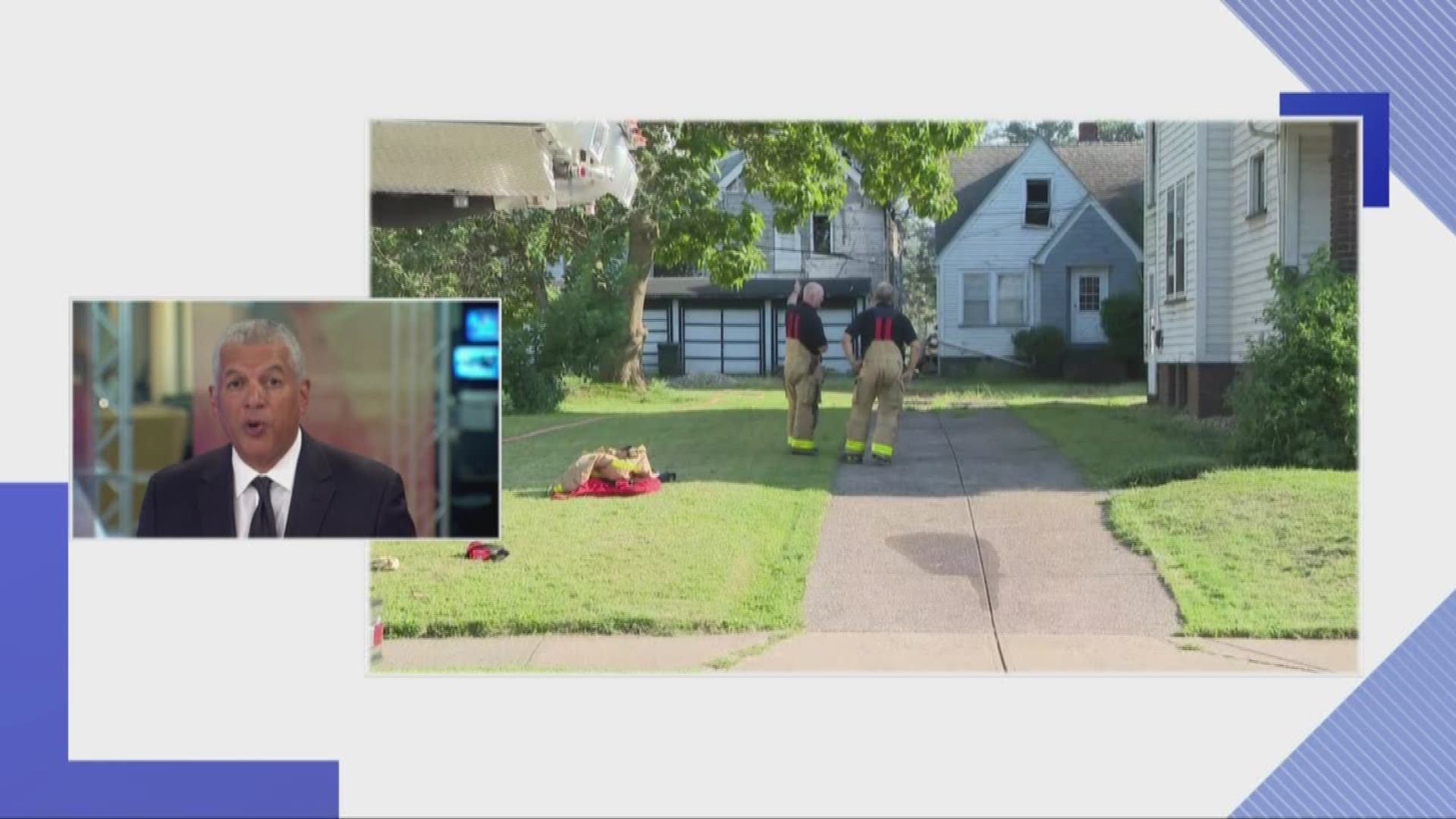 The fires happened on Pearse Avenue near Washington Park Boulevard just before 4 p.m.

The homes are all apparently owned by one person. The homeowner was using a blow torch on some weeds around his home when his truck caught fire, exploded and set the other homes ablaze, Mayor Trevor Elkins told WKYC.

There were no injuries reported.

The State Fire Marshall's office was called to assist Newburgh Heights fire officials in their investigation.

Crews from several fire departments also responded to help extinguish the flames. The Broadview Heights Fire Department shared the following photos of the blaze on their Facebook page: