Many side streets in East Cleveland are complete sheets of ice.  They have been like that for almost a whole week now.  The reason is because the city does not have any working snow plows. 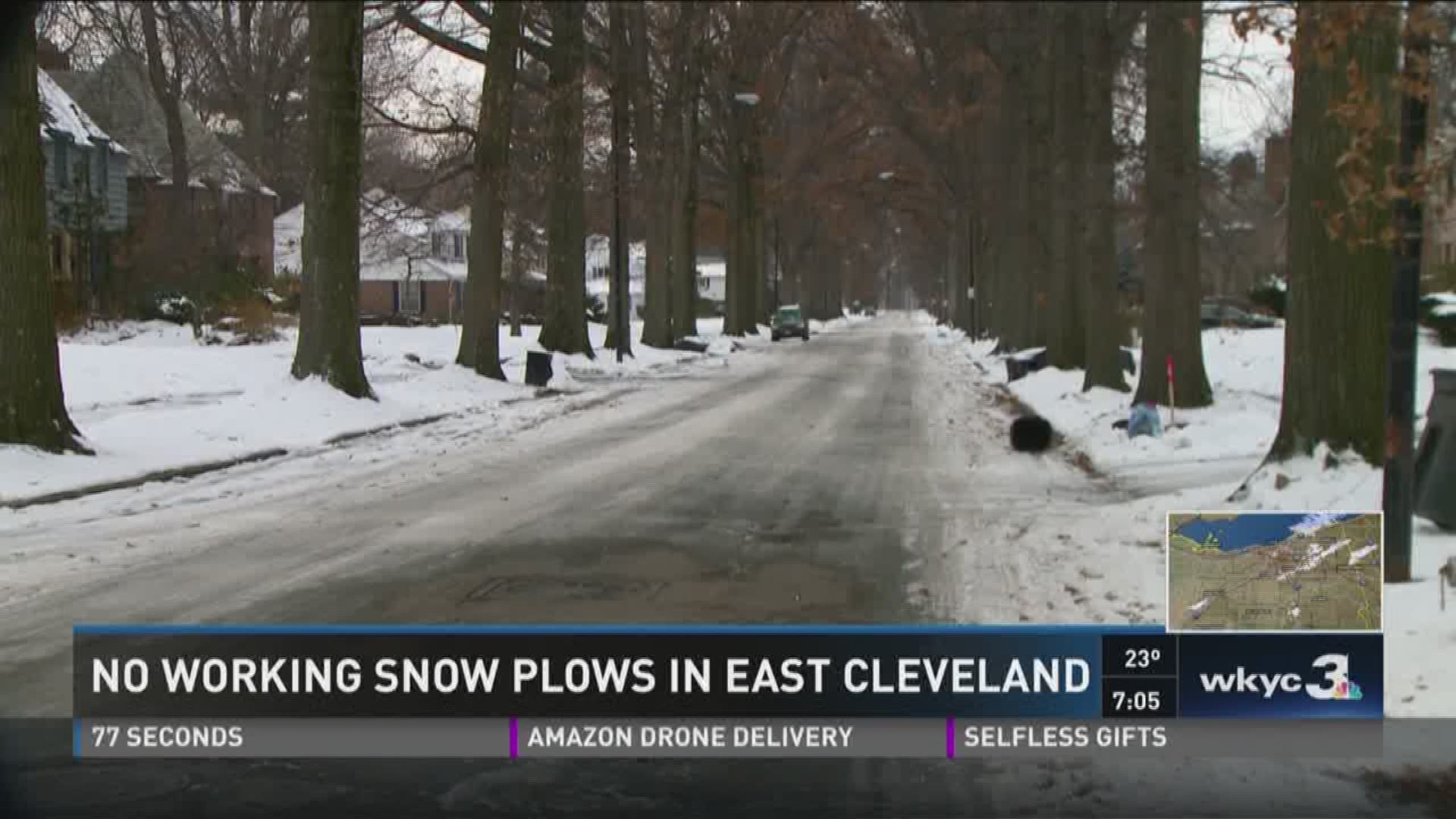 Many side streets in East Cleveland are complete sheets of ice. They have been like that for almost a whole week now. The reason is because the city does not have any working snow plows.

One spin down a side street in East Cleveland, no matter where you look, you will find ice.

"We are stuck here in just like an Ice Age,” said Shondo Green.

“This is probably the worst I have seen,” said Lynn Haney.

"The ice,” said Constantine Manea. “Nobody clean up. Look."

Whether it is in the valley, or up in the historic Forest Hill neighborhood, the danger is out there.

"We pay our taxes,” said Green. “We deserve service. This is considered a high end part of East Cleveland, historical part where people do take care of their houses. We hang Christmas lights. We do everything we can to make our city a community.”

Shondo Green has lived in this neighborhood for more than 15 years. He agrees that this is the worst it has ever been. In fact, he says his father already slipped and fell on the ice.

“It is just amazing for East Cleveland not do to nothing about their streets not even plow not even salt them,” said Green. “It is just a horrible situation we have here."

The City says its two salt trucks are not working, but they expect to have at least one up and running by Thursday. Some city officials believe the money spent on the recent special recall election could have been better used to fix things like the salt trucks. In turn, the city side streets would not look like this.

"I really hope that we can one day join with Cleveland,” said Haney. “That is the only answer."

"We can be not just a landmark house, but a landmark community if we can solve this problem,” said Haney.