There may be criminal charges facing the man who used a torch to burn weeds, which is how the fire is believed to have started. 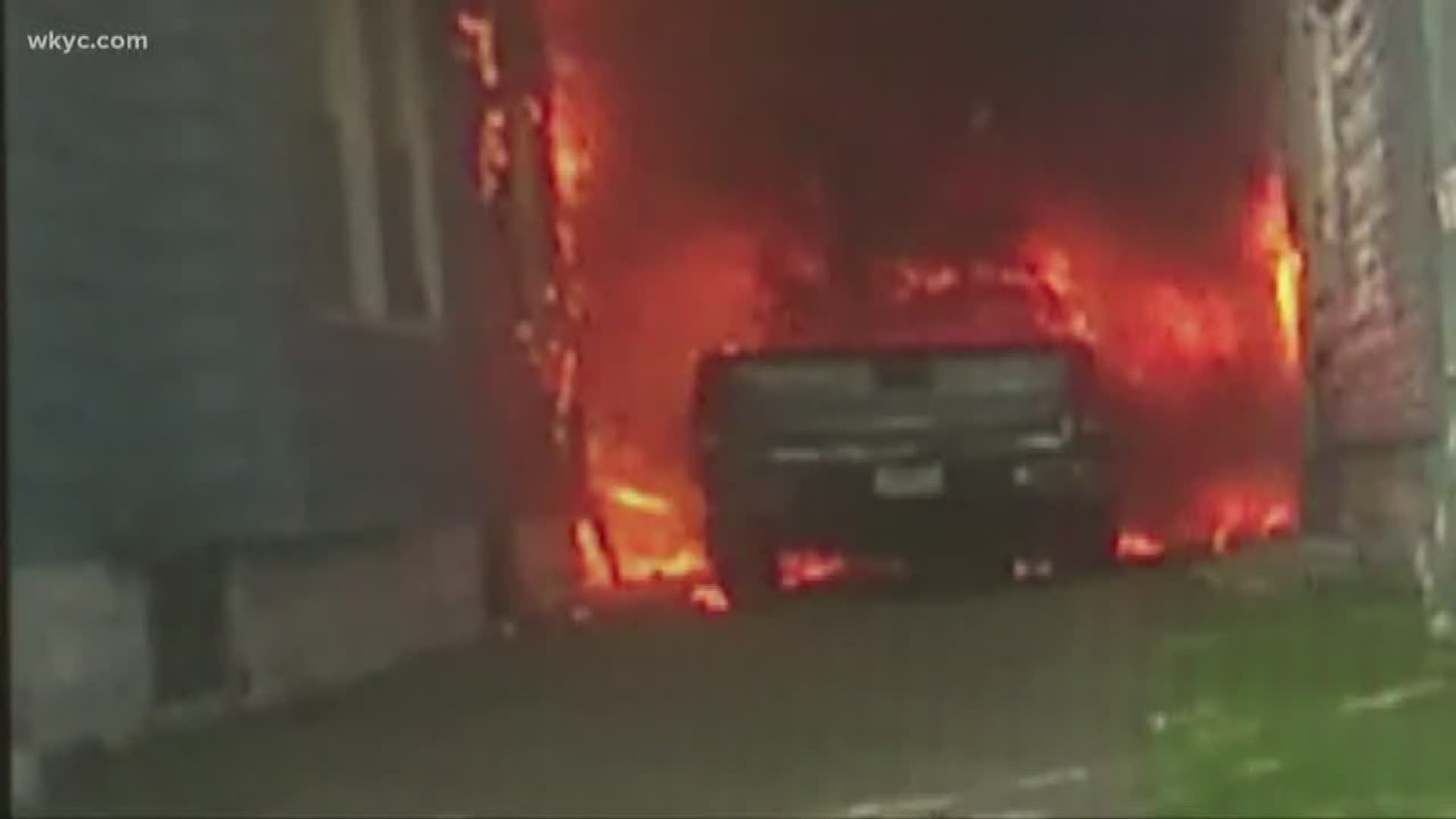 NEWBURGH HEIGHTS, Ohio — We are getting our first look at new video of the fire that spread out of control in Newburgh Heights on Monday, as three homes were damaged in the blaze.

Police Chief John Majoy was the first person to arrive on scene at this fire on Pearse Avenue. By that time, flames were already shooting up the sides of three homes, which appear to be a total loss.

At least three homes and two cars were involved in the fire, which has now prompted an investigation that could lead to criminal charges, based on how the incident is believed to have started.

"The individual reported he was burning some weeds with a butane torch or something," Majoy told WKYC. "However, that is under investigation at this point. So we're working closely with the state Fire Marshal's office."

The fire quickly spread and required ten departments to help assist in getting the blaze under control. Nearby homes were also evacuated, while about 40 firefighters worked in the hot conditions, trying to stay cool in the process.

Investigators will now determine and official cause and decide whether or not the man using the torch will face charges.

"This wasn't just a little dumpster that caught on fire. This was a major house fire where we had 10 fire departments. Dozens and dozens of firefighters there," Majoy says, adding that using a blow torch is not the best way to get rid of weeds on a hot day in August -- or any time.

The good news is no one was injured from the fire. The homeowner's wife did receive treatment for an asthma attack that occurred at the time. We are told that she is doing fine.