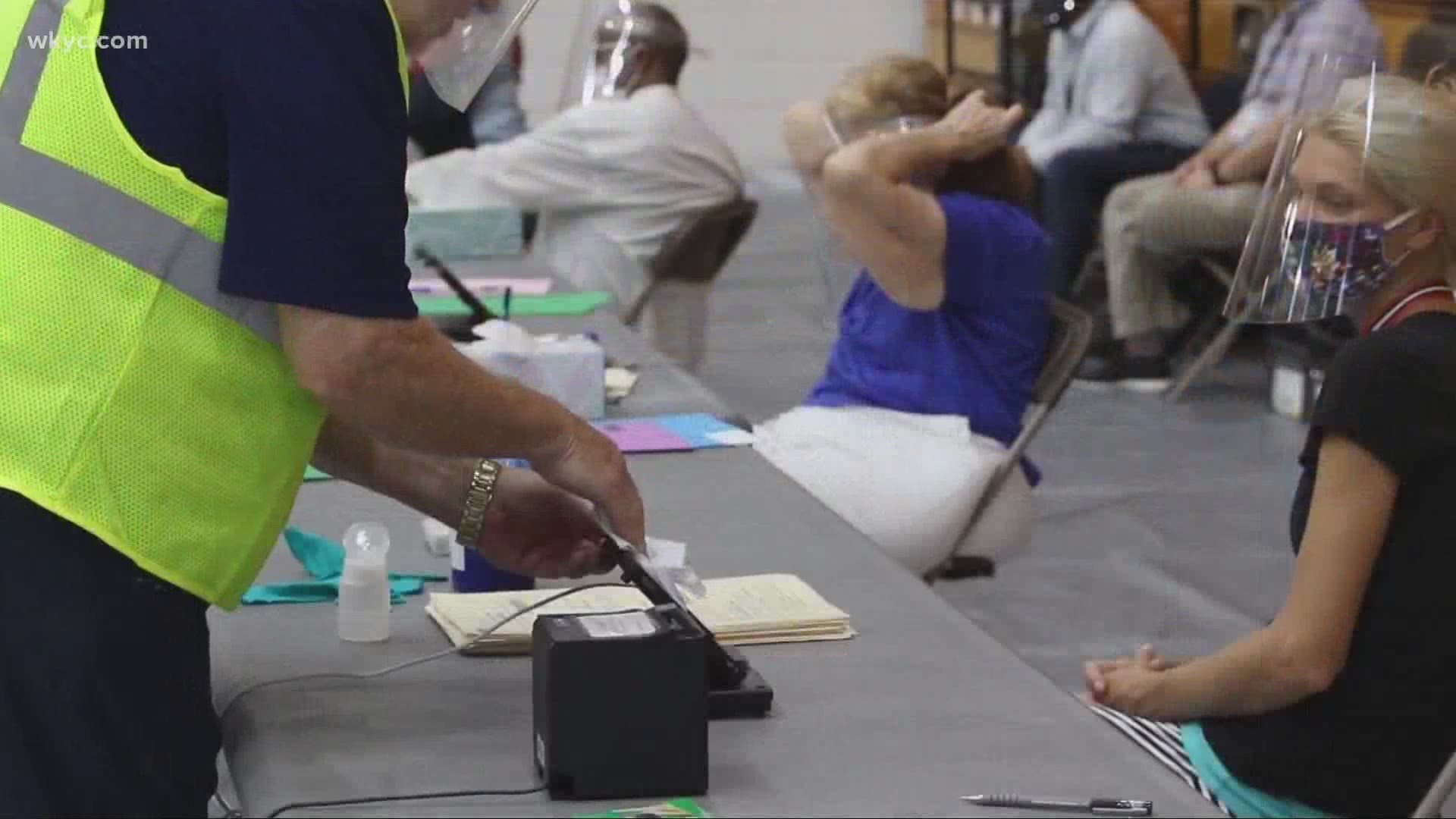 These are some of the changes coming to Cuyahoga County polling locations for the upcoming presidential election, November 3. A number of changes were tested this week during a special election in Maple Heights. The goal is an obvious one: Keep poll workers and voters safe.

Every four years presidential campaigns drive voter turnout to its highest level. But crowds on Election Day could drive the spread of the coronavirus, forcing the people who run the polls, to do more than count ballots.

“You might see these gentlemen with the yellow vests on,” Anthony Perlatti, director of the Cuyahoga County Board of Elections, said, while pointing to poll workers in vests like those on road crews. ” We are going to have those at every poll location this fall. It’s a new position. It’s a sanitation election official.”

Their sole job – wiping up after voters. And offering gentle reminders to follow social distancing rules.

Voting machines used to be arranged like a packed row of grade-school desks. In November, they will be spread out like artwork in a museum.

Poll workers will be outfitted with both masks and face shields and no longer share check-in tables. And cleaning materials will become as ubiquitous as “I voted today stickers.”

Voters will be expected to wear masks and encouraged to use a tissue or rubber tip on their finger to sign electronic poll books.

“There’s not an instruction manual on this, so what we are able to do today is learn some lessons on what we can do get more equipment in or lay it out differently to take less out keep people safe,” Perlatti said.

A gym is ideal.

“I am pretty happy with this set up,” Perlatti said. “One of the things we have learned here in the Maple Heights Gym is that the bigger the building, the more we can space things out.”

But most voting locations in the county don’t have such a luxury of space. Officials hope to find bigger venues soon. The alternative is keeping voters waiting outside during November.

The pandemic has created another problem for in-person voting: finding enough poll workers. The county, which needs about 4,000 on Election Day, estimates its about 30 percent short now, but remains hopeful new recruitment efforts by the county government and the legal community will help.

Officials here and across the state hope more people take advantage of vote-by mail options, which they say will reduce crowds on Election Day. We’ll explain how this works in in part 2two of a 3News series on voting in this year’s presidential campaign.