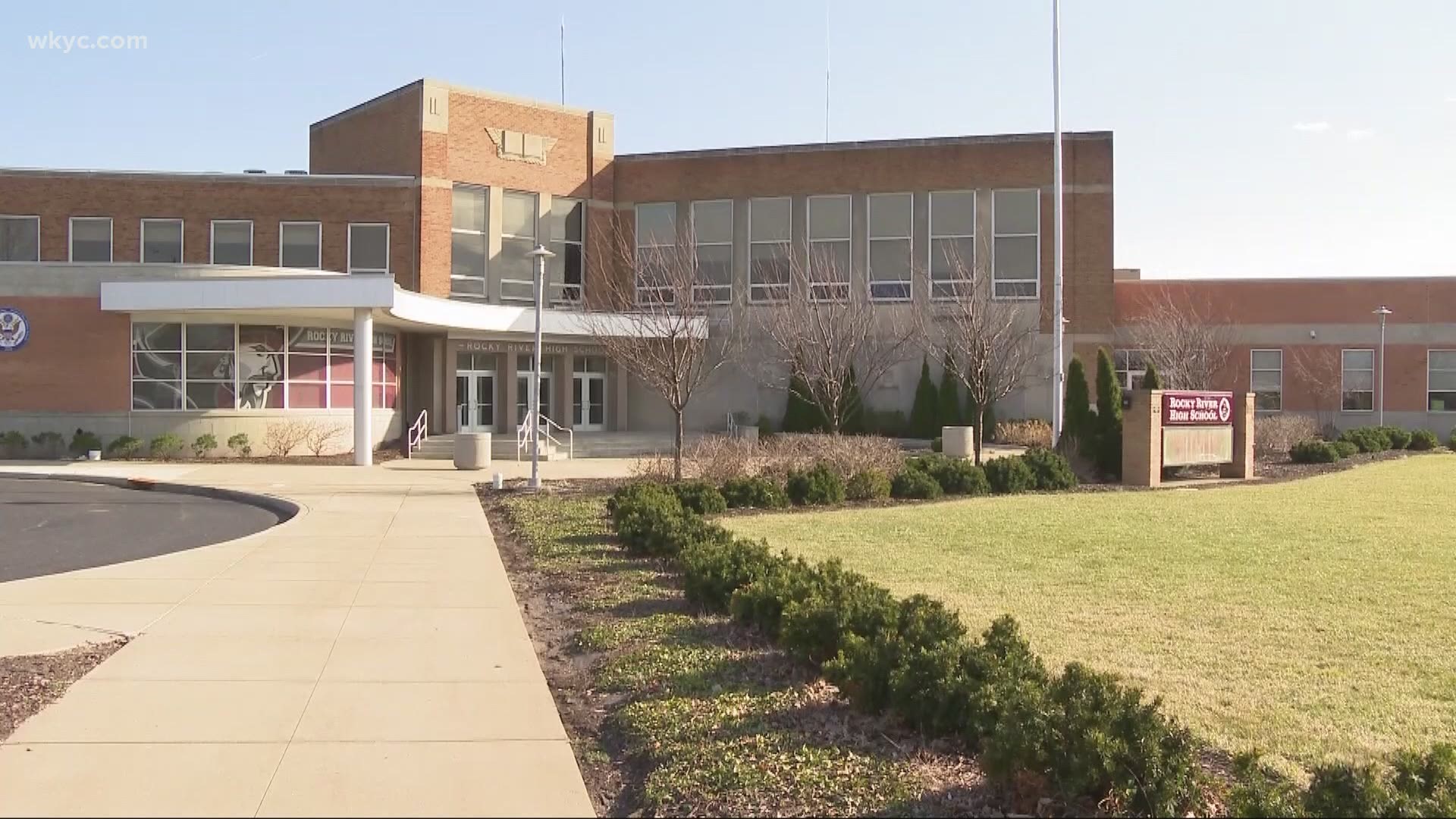 ROCKY RIVER, Ohio — Rocky River school leaders have put out a statement after police declined to file charges following an investigation into alleged inappropriate conduct by staff members at the high school.

In a statement issued Thursday night, Rocky River police said they had determined there was "insufficient evidence" to charge anyone involved in the incident. In addition, "No evidence of photos of students or inappropriate discussions about students were contained in the text message thread among the teachers."

Police say they will continue to evaluate the matter if new information comes to light.

While the criminal case may be closed, the Rocky River School District is continuing its administrative investigation into the incident. The district placed six staff members on leave after the allegations came to light.

"I'm disgusted, I'm shocked, and as a father of a teenage daughter in this district, I'm angry," Superintendent Michael Shoaf said in a video statement. "What was stated by these staff members was not only inappropriate and unprofessional, it was offensive."

"If the current investigation concludes the staff members in question failed to act appropriately, then disciplainary action will be taken," said Assistant Superintendent Liz Anderson added in the video statement. Shoaf added that the district will respect the integrity of the investigation.

3News obtained a copy of the video in question which police reports indicate was recorded by accident by the teachers who were still in the classroom where a virtual class had just taken place. In the video, one teacher refers to the student (whose name has been redacted) as "smoking hot" and "really freaking put together," but both teachers condemned the staff member who attempted to send the image via text message. The staff member the teachers were referring to was not in the classroom with them.

Watch the district's video statement below: