It comes just days after the Rocky River Police Department announced it was reopening the investigation. 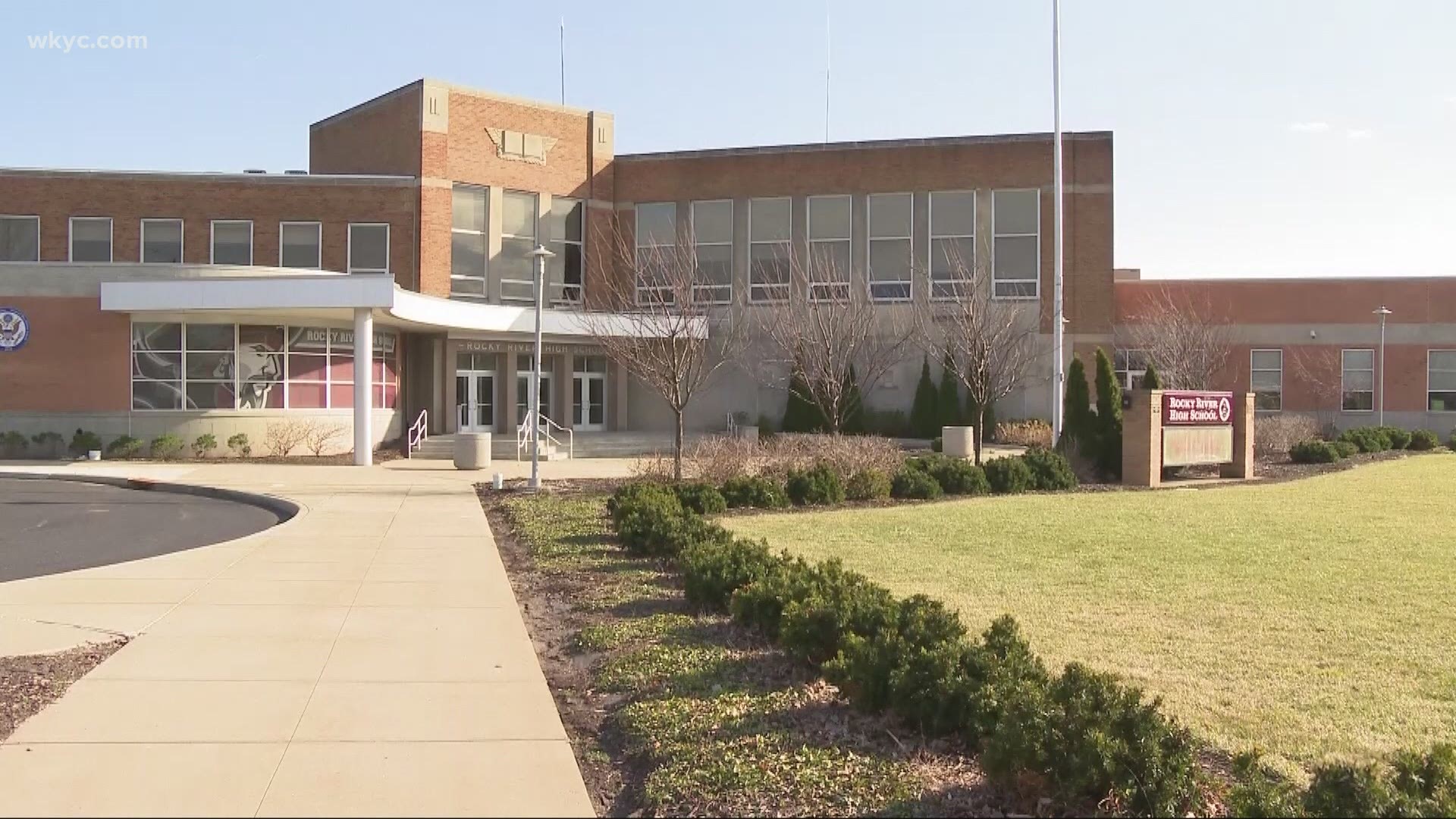 ROCKY RIVER, Ohio — As police have reopened an investigation into alleged inappropriate conduct involving some high school teachers, the Rocky River School Board is holding a special meeting Thursday to discuss the situation.

The board meeting will be held at 4 p.m. in executive session “to discuss personnel: investigation of charges or complaints against a public employee or official.”

Earlier this week, the Rocky River Police Department said the investigation was re-launched after they were made aware that undisclosed information may exist that indicates evidence of criminal activity. Reopening of the investigation happened just days after the department previously determined there was insufficient evidence of criminal activity to file any charges.

The investigation surrounds video of some Rocky River High School teachers “having a conversation including inappropriate comments about a student and referring to possible photos of a student in a text message thread with several other teachers,” police said.

Police said safety of the Rocky River community is the highest priority.

“Students deserve an educational environment that is conducive to learning, free of harassment and intimidation,” the department said. “Rocky River police will continue to investigate all leads and evidence concerning this case as it develops.”

Anybody with information is asked to call police at 440-895-2588. Tipsters can remain anonymous.

“As president of the Rocky River Teachers Association, I am pleased to see the original police report has been released to the public, ensuring as much transparency as possible in this ongoing investigation. As stated in that report, police found there was a miscommunication and confusion regarding a GIF showing June Cleaver from “Leave it to Beaver;” there were no inappropriate photos of any students and no grounds for criminal charges.

RRTA and our members continue to fully cooperate in the re-opened investigation and remain confident the same conclusion will be met again. The teachers involved are also looking forward to answering the allegations in the internal district investigation as that moves forward. Through both of these investigations, RRTA is committed to protecting the due process rights which are afforded to all public employees.

The RRTA, and I personally, hold the safety and security of the students of Rocky River as our number one priority. We also need to make sure that every teacher is given a fair investigation that is driven by the facts, not rumor and innuendo driven by the media and social media.”

Editor's note: Video in the player above was originally published on March 27, 2021.