The exhibit runs through Aug. 29. 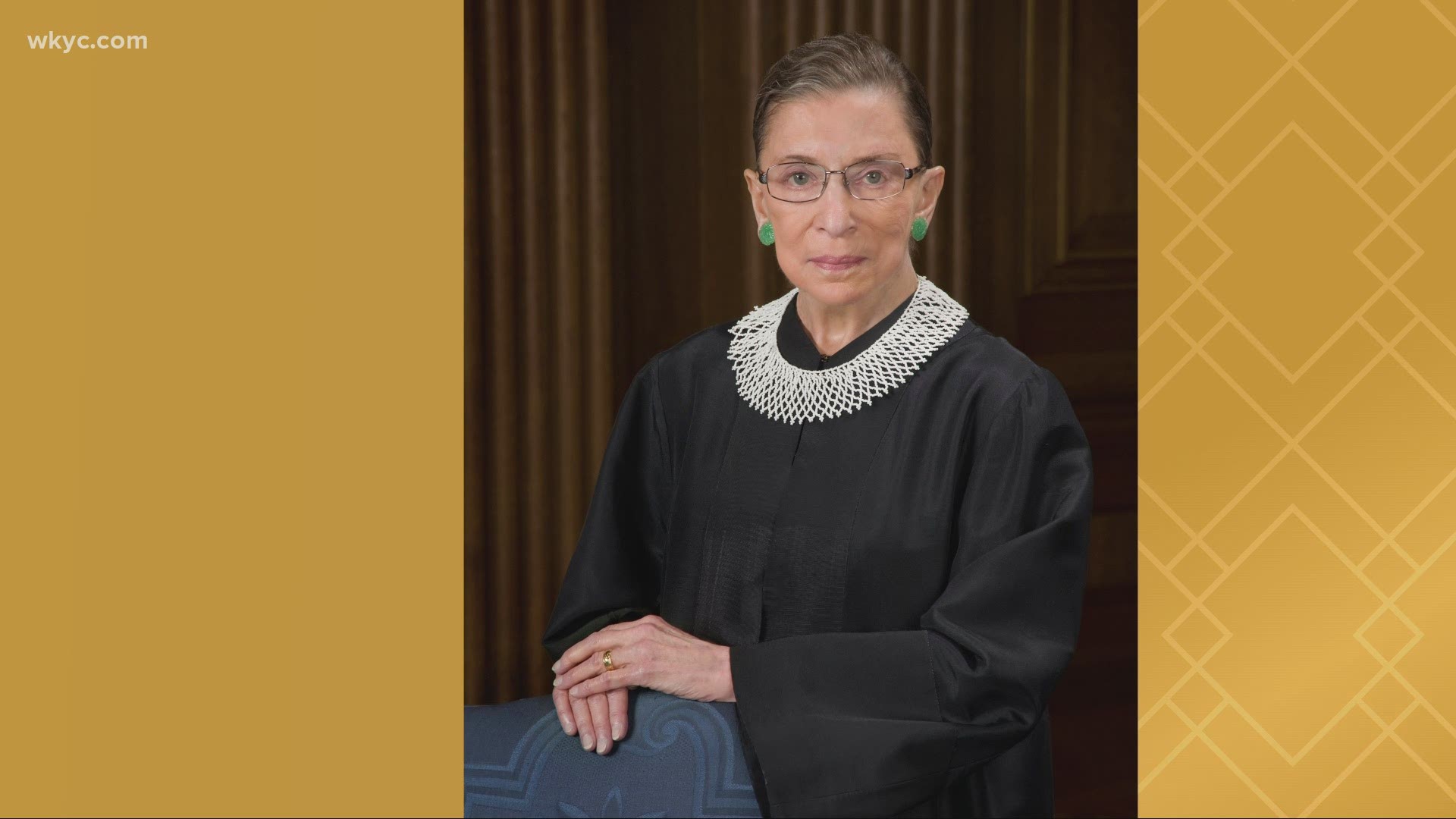 BEACHWOOD, Ohio — The Maltz Museum of Jewish Heritage debuts a new exhibition Wednesday based off the New York Times best-selling Notorious RBG: The Life and Times of Ruth Bader Ginsburg.

The book was written by co-authors Irin Carmon and Shana Knizhnik. Knizhnik explains to 3News that the hype around the late Justice all started with a Tumblr blog that she began in the early 2000s. She was a second-year law student at the time, beginning to research Justice Ginburg's work.

"As I started the Tumblr, I was both collecting light-hearted, pop-cultural memes about her, and celebrating her amazing fashion and the visual imagery she embodied," says Knizhnik.

Editor's note: Video in the player above was originally published on Sept. 19, 2020.

The exhibition was organized by the Skirball Cultural Center, in Los Angeles. It came to life about two years after the book came out, says Knizhnik. Through archival photographs and documents, historical artifacts and even displays with authentic items from the Ginburg home, Knizhnik said she hopes people get a better understanding of who Justice Ginburg was as a person and a historical figure.

"There is a re-creation of their kitchen because Marty was sort of the chef in the family, and there is even the actual whisk he used," says Knizhnik. "But then there are also a lot of incredible artifacts related to her work, like artifacts from the ACLU when she was there."

Notorious RBG: The Life and Times of Ruth Bader Ginsburg runs through Aug. 29. Tickets are $5, but free for museum members. Get tickets here.

There is also a virtual meet-and-greet with Carmon and Knizhnik at 7 p.m. Tuesday via Zoom. For those interested in the book, find it on Amazon here.