The officer was previously placed on paid leave pending an internal investigation into a video where the officer 'flipped off' a crowd of protesters on September 29. 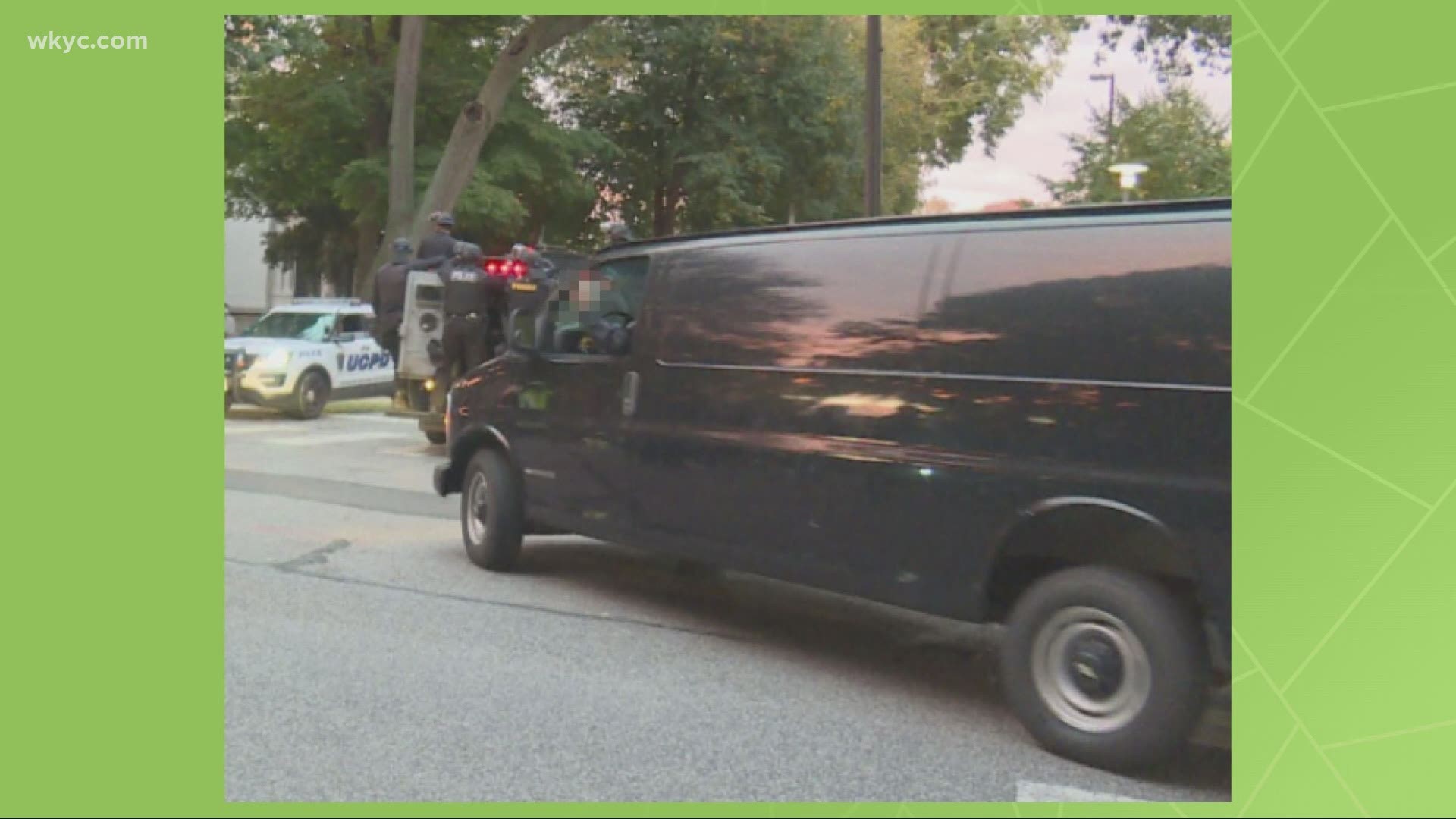 CLEVELAND — The Shaker Heights police officer accused of 'flipping off' Black Lives Matter protesters in Cleveland has been relieved of duty, effective immediately.

In a letter to residents, the City of Shaker Heights Mayor David E. Weiss writes that following an internal investigation into a video of the incident that occurred on Tuesday, September 29, 2020, the officer accused of making the obscene gesture towards protesters has been terminated.

The fired officer has been identified as Corporal Michael Spuzzillo.

"The City of Shaker Heights and the Shaker Heights Police Department (SHPD) moved promptly and decisively because we consider this incident a very serious matter," Mayor Weiss wrote. "The behavior of this officer violates all that the SHPD stands for including our unwavering commitment to preserving the rights of Black Lives Matter and all demonstrators to peacefully protest. I know I speak for City Council, Police Chief DeMuth and the many dedicated Shaker Heights police officers when I say that we condemn, in the strongest possible way, any action by a police officer that interferes with or disrespects the rights of citizens to demonstrate peacefully."

You can read the termination letter sent to Spuzzillo below:

Spuzzillo had previously been put on administrative leave the day following the incident as an internal investigation was launched.

Per the terms of the Collective Bargaining Agreement with the police officer's union, officers are afforded certain due process rights, including a right to appear at a pre-disciplinary hearing and the right to appeal any decision. A pre-disciplinary hearing was held on Wednesday, October 14, as a result of the internal investigation, where the decision to ultimately terminate the Spuzzillo's employment was reached.

"We recognize that this incident has damaged the relationship between the police and the community. We have worked hard to build this relationship and earn your trust, and we will continue to do so," Mayor Weiss continues. "I hope that our actions in this case demonstrate our resolute commitment to treating and protecting all residents of Shaker Heights with dignity and respect, and in a just, fair, equal and professional manner."