The decision comes after the city removed 'the altered American flag with a thin blue line' after it caused a divisive reaction within the community. 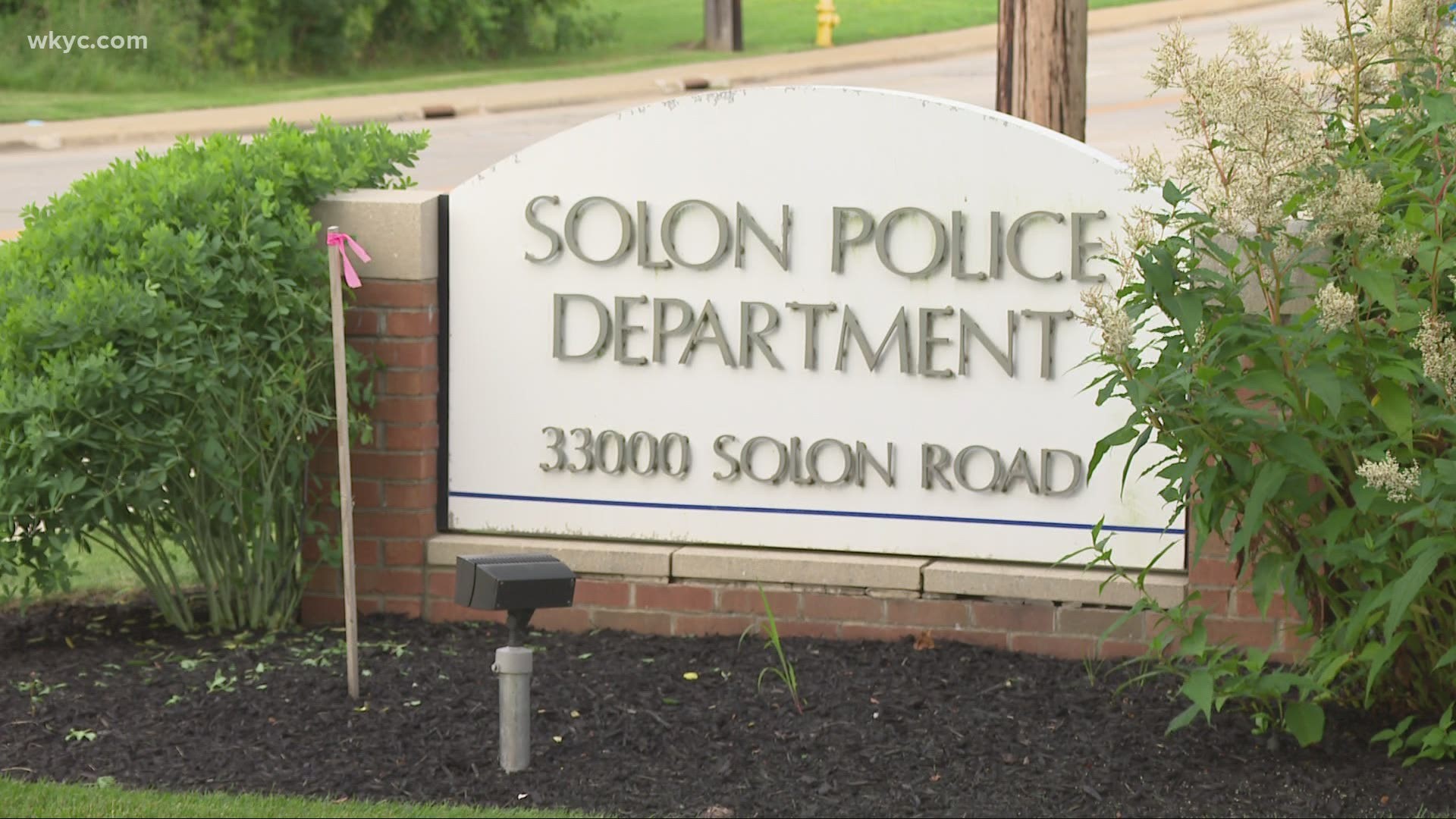 SOLON, Ohio — Days after removing a "Thin Blue Line" flag from its police department property due to negative reaction in the community, the city of Solon has announced it will soon fly the original version of the banner in tribute to law enforcement personnel.

In a letter to the community on Friday, Solon Mayor Edward Kraus stated that after lengthy conversations with his police chief Richard Tonelli, he has agreed that "the raising of a flag in honor of the dedicated men and women who serve in our law enforcement is not only long overdue, but is necessary to shed light on the care and work our police do for the citizens of Solon."

According to Kraus, the altered American flag with a thin blue line that was originally at the Solon Police Department "has been commandeered by political groups who do not share the best interests of the law enforcement personnel who risk their lives on a daily basis for the betterment of their respective communities."

"I, as Mayor, asked that that flag be removed as a way of mitigating the unfortunate negative connotation that has been ascribed to that specific design," added Kraus.

Kraus and Tonelli agreed that the intent behind the idea of raising a flag in support of law enforcement officers is better conveyed by the original Thin Blue Line flag, a solid black background with the thin blue line adorned across it.

"This design has a decades-long tradition of representing the men and women in blue who stand between law and chaos and who have paid the ultimate sacrifice," Kraus stated.

The mayor added that he spoke with community leaders, including members of the Alliance of Black Families, about the decision to raise the original Thin Blue Line flag.

"I understand this topic is emotional for many of us, and I encourage growing dialogue that seeks to sow the seeds of empathy and knowledge," he said. "Displaying the original Thin Blue Line flag is a measure that embodies the respect, admiration and support the heroic men and women of law enforcement deserve and have earned. But it is just one act. To truly embrace the spirit of the flag, we must put these ideals into action. This means being good citizens, respecting our neighbors and being kind to all those around us."

Solon Police announced Tuesday on social media that it had removed the "Thin Blue Line" flag from its property.

Tonelli said the flag was taken down because "during the brief time it was up, it caused a divisive and unhealthy reaction within our community." He added that "it is unfortunate that the thin blue line imagery has been associated with extreme and dismissive views that are counter to our values; nonetheless, we are sensitive to the fact that it alienates us from those we are committed to serve and protect."

You can read the entire letter from Solon Mayor Edward Kraus below: