The email was sent to a resident with the sender's name listed as "Strongsville Council." 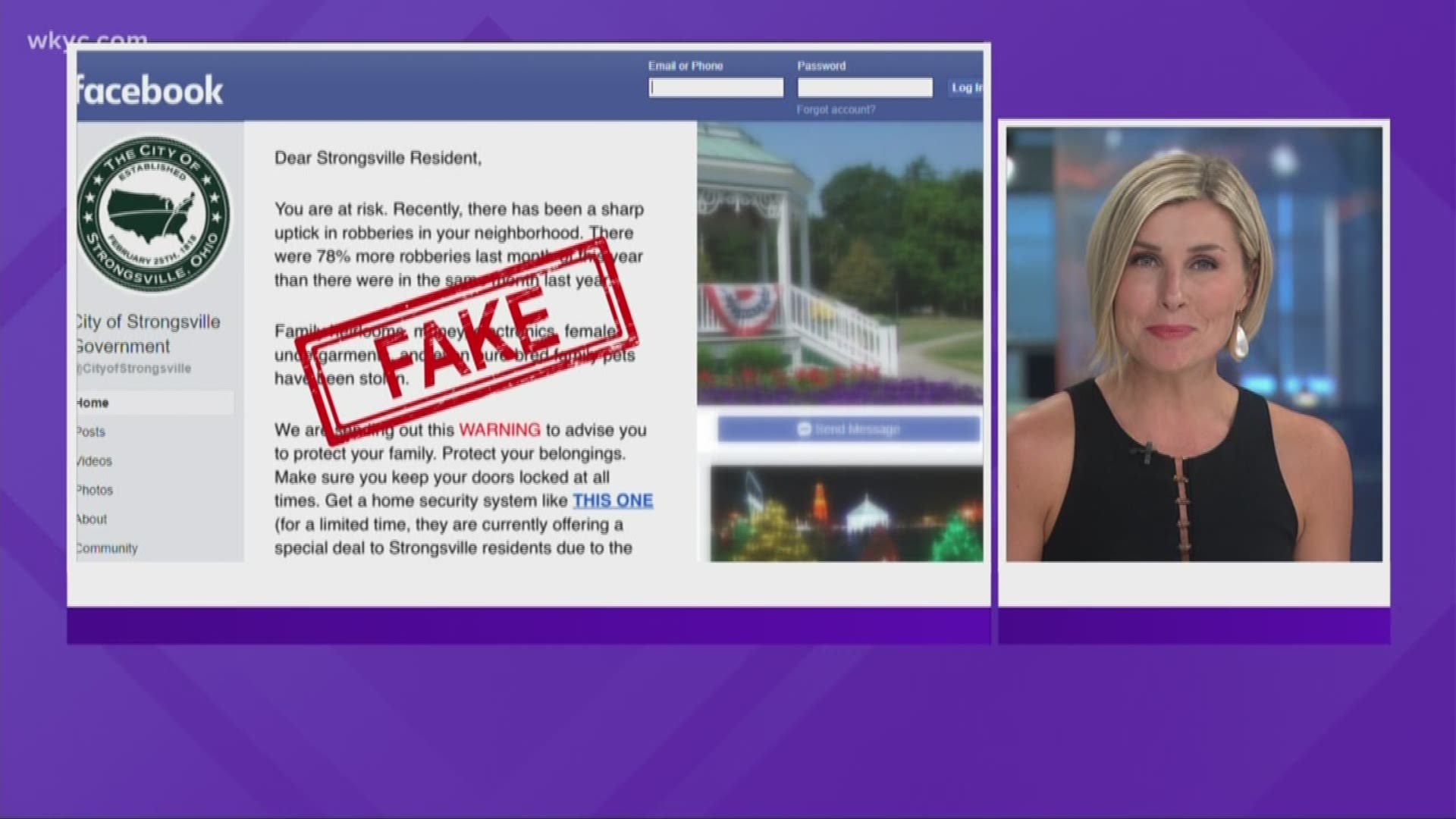 STRONGSVILLE, Ohio — The Strongsville Police Department is issuing a warning over an email that was sent out claiming that the city has seen an uptick in crime.

The email was sent to a resident with the sender's name listed as "Strongsville Council." The email warned residents of an increase in robberies in the neighborhood.

Lt. Michael Campbell with the Strongsville Police Department said it's not true.

"We actually had a decrease in burglaries and no change in robberies," said Campbell.

Campbell says not only as the information false – but it didn’t come from Strongsville City Council. Police said they later found out that malware was installed on the resident's phone which led to the creation of an email account that the user did not know about.

The email went on to say that residents should click on a link to purchase a security system to keep them safe. Campbell said that's a red flag.

"If it’s not something you’re familiar with, I wouldn’t click on it."

Campbell said the resident did the right thing by calling city council directly to confirm whether they sent that email – and then alerted police about the scam. They know of only one resident who’s received the email, but say they’re spreading the word on this one to protect others.