Sunday marks 1 year since Aisha Fraser's brutal murder at the hands of her ex-husband, a former NE Ohio politician

In honor of Fraser, many are still attempting to pass a bill that may improve the state's domestic violence laws. 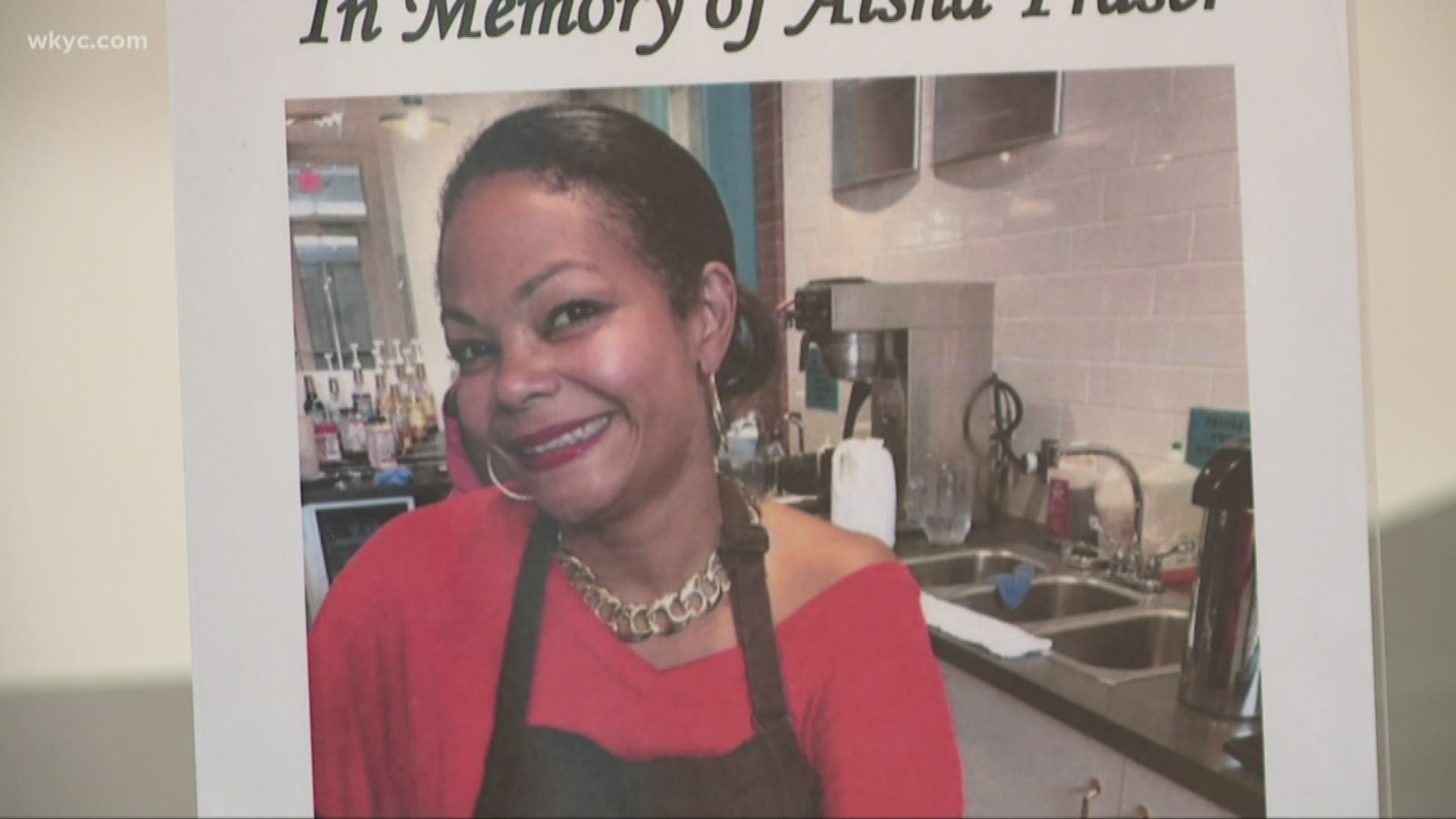 PEPPER PIKE, Ohio — This weekend marks one year since the death of Aisha Fraser, a Shaker Heights teacher, mother, and volunteer.

On Nov. 17, 2018, former Cuyahoga County Judge and State Sen. Lance Mason stabbed and killed Fraser while she was dropping off their two children. Just years before, he had assaulted her badly enough that he served time behind bars and she needed reconstructive surgery.

Mason later pleaded guilty to Aisha's murder and is currently service a life sentence in prison. He will not be eligible for parole until he is 87 years old.

WATCH: Bodycam video shows the moment former Cuyahoga County Judge Lance Mason was arrested for the murder of his ex-wife

"I think she would want us to remember that all of us have a role in making sure that kind of abuse is not the norm in our society and to really listen to those who have been abused," Garfield Memorial Church Lead Pastor Chip Freed said. Fraser attended Garfield Memorial, and was active in ministry.

"She was just so sweet she was so engaging," Freed added. "We had a pretty good personal relationship. With a large church like this with 1,200 folks, you don’t always know everybody, but I always knew Aisha because she was there at everything."

Freed was also on the forming committee for "Aisha’s Law," a proposed bill to strengthen domestic violence laws in Ohio.

"I’m really, really hoping that, that has long tentacles even beyond the state of Ohio because it makes so much sense," he told us.

State Rep. Janine Boyd, who introduced the bill, sent the following update on the legislation to 3News:

"As we approach the one year anniversary of the final act of domestic violence that ripped Aisha Fraser away from all who loved her, I am proud to say that Aisha's law has become recognized amongst the domestic violence community as a model bill to address high-risk domestic violence cases. We are working with the Governor, the Attorney General’s office and Criminal Justice Services to secure dollars for police training on the lethality protocol that Aisha’s Law establishes.

"I am extremely grateful to Aisha’s family and friends, and to all of the victims, survivors, members of law enforcement and advocates who have all contributed to the bill.

"We had hoped to pass it out of Committee by the anniversary of Aisha’s brutal demise, but it’s more important to pass it within a framework that will ensure its effectiveness, such as training dollars.

"Ultimately, it will not end domestic violence. I wish we could. But we believe that it will save lives and provide a safe way out for victims of the most lethal domestic violence situations."

There is some opposition to the bill as it stands now, partly over the constitutionality and other legal concerns. It’s unclear when it might go before the full house for a vote.