Court documents reflect that, during the incident, Mason hit his wife with his fists, slammed her head against the dashboard and bit her. 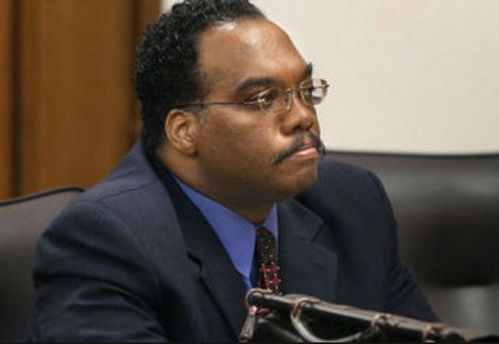 He was initially charged with two counts of kidnapping, three counts of felonious assault, one count of domestic violence and two counts of endangering children. The other charges were dropped.

According to a court spokesman, part of the plea agreement made requires him to serve prison time. He faces between nine and 36 months in prison.

Cosgrove originally denied the request from Mason that a special prosecutor be appointed to handle the felonious assault case involving Mason and his wife.

Cosgrove was appointed by the Ohio Supreme Court after all of the Cuyahoga County judges recused themselves from hearing a case involving one of their own.

Mason, now 47, was arrested Aug. 3, 2014 in Shaker Heights after being accused of attacking his wife physically in their car on van Aken Boulevard near Glencairn Road.

Court documents reflect that, during the incident, Mason hit his wife with his fists, slammed her head against the dashboard and bit her.

In a 9-1-1 call, his wife told dispatchers he threw her out of the car, beat her and then drove off with the children. Cuyahoga County Domestic Relations Court records show that Aisha Mason filed for divorce Aug. 4, 2014, citing extreme cruelty and gross neglect of duty.

A visiting judge was assigned to handle Mason's cases following his arrest, but the Ohio Supreme Court ruled within the month of his arrest that Mason was disqualified from hearing cases while his case is pending.

His plea could lend itself to other consequences, possibly a further suspension or the revocation or suspension of his law license.