Police are still unsure what drove Ramir Bell to go on such a bizarre rampage. 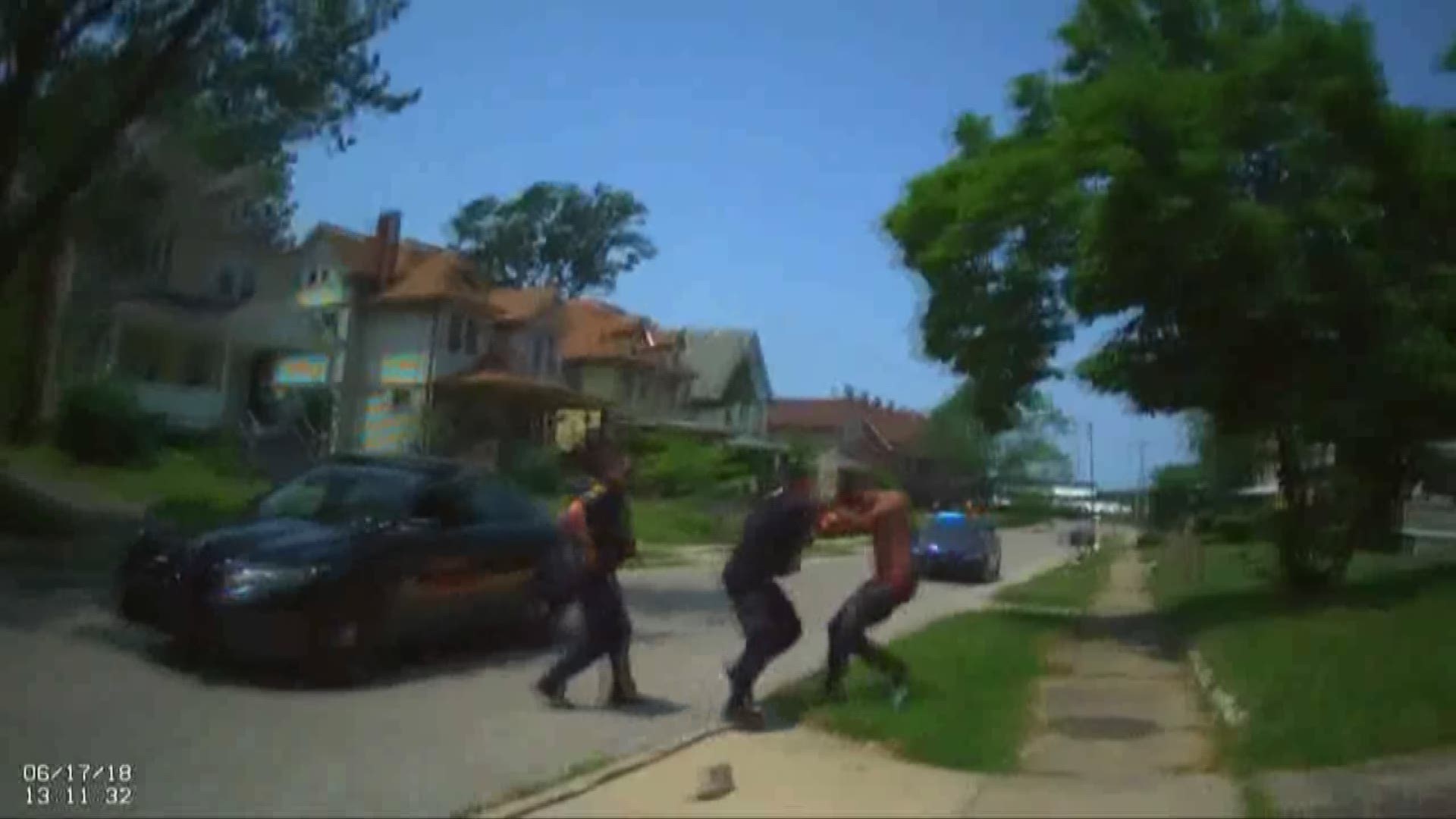 CLEVELAND -- Two officers and a suspect were injured during an incident in East Cleveland Sunday.

Police say a man was firing shots on Van Buren Road, just one street away from the police station, around 1:30 p.m.

Officers ran to the scene and encountered the suspect, identified Monday as 29-year-old Ramir Bell. Bell began fighting with officers and "acted as if he was going to draw a gun."

At that time, officers fired at Bell. He was transported to University Hospitals. His condition is unknown at this time.

Officials issued a statement on the incident Sunday afternoon.

“Officers approached, they observed the male striking the female on the ground. Immediately, as soon as officers got out of their vehicle, the suspect came around and charged one of the officers," said Commander Scott Gardner with the East Cleveland Police Department.

One officer suffered a broken orbital and received stitches above his right eye.

Another officer suffered a fractured hand. He was transported to UH for treatment and was released.

Police say they initially received a call for domestic violence situation. The victim in that situation remains in critical condition.

BCI is leading the investigation.