VERIFY: Should we be concerned about the hundreds of dead fish along the Cuyahoga River?

Hundreds of dead fish are floating along the Cuyahoga River. We look into whether the deaths are caused by weather or pollution. 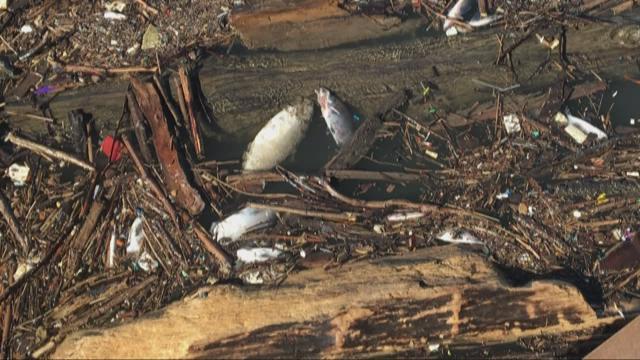 "I'm not sure if it's because of pollution or because of the weather, or what's going on. It would be nice to know, ‘Why there are so many dead fish?’" asked Lowry.

WKYC reached out to fish expert Curtis Wagner with the Ohio Division of Wildlife. He said the dead fish are a species called Gizzard Shad, which are very abundant in Ohio. They die at a high rate every year.

"What's happening is we had a little bit of a warming spell, so being cold blooded, they kind of kicked into metabolic gear. Then, it got cold again, and it sort of shocked them. They're not able to operate efficiently in cold temperatures,” said Wagner, Fish Management Supervisor.

He said Gizzard Shads are prey fish, meaning large predators eat them. Migratory birds feed off them as well.

"In fact, it's actually beneficial for the ecosystem as a whole. They're the primary prey fish. It allows the other ones to spawn and make new Gizzard Shad that walleye, perch, etc. feed on,” said Wagner.

So back to the question: Are the dead fish washing up along the river because of weather or pollution? WKYC can verify it's because of the weather.

Cleveland has its fair share of pollution concerns, but the Ohio Division of Wildlife confirmed that all the dead fish in the Cuyahoga have nothing to do with pollution. The species of fish found (Gizzard Shad) is just unable to survive sudden temperature fluctuations.