Video: Inmate dies after ignored for hours during overdose at Cuyahoga County Jail 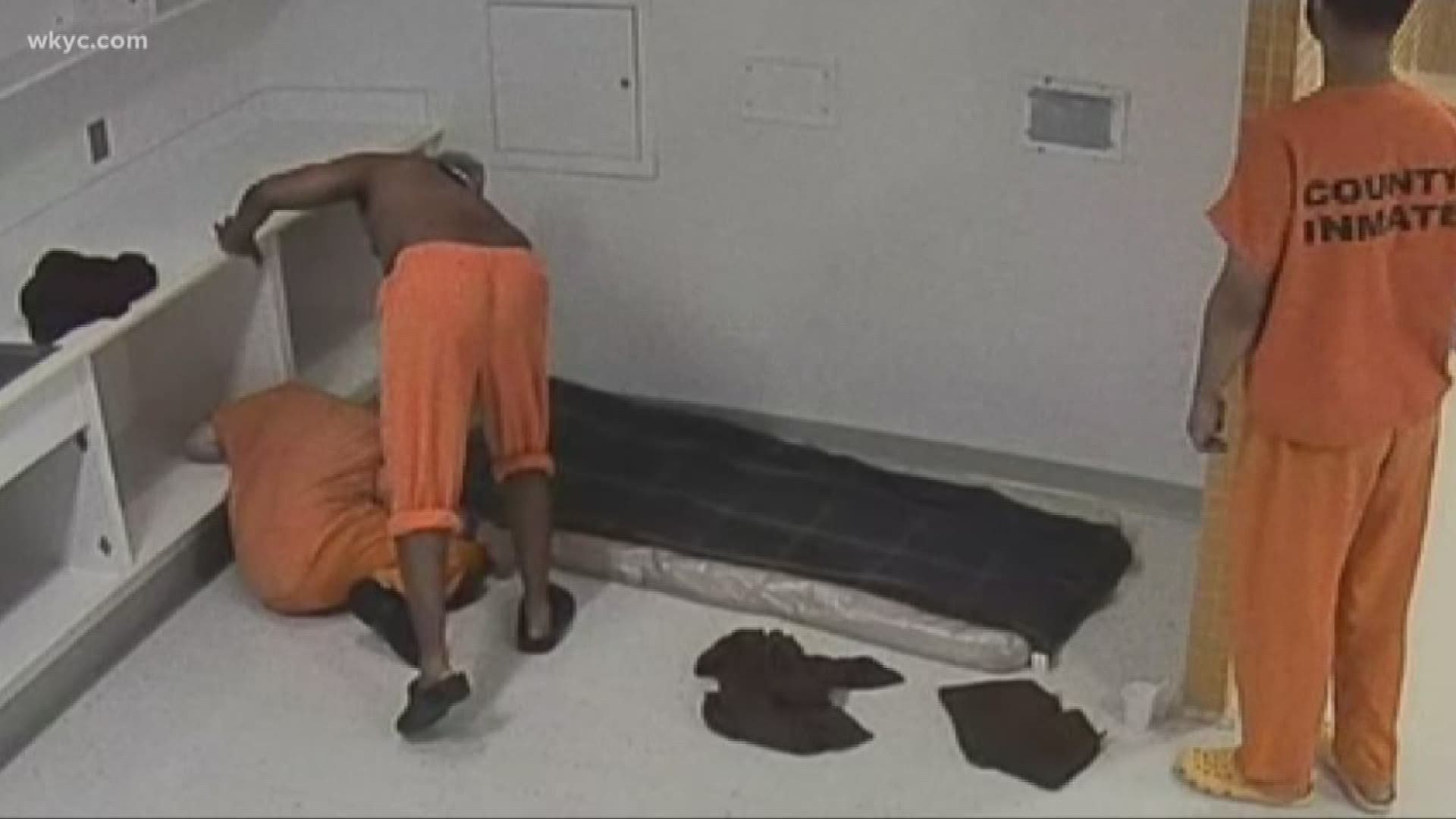 CLEVELAND — For the first time, we are seeing the video that led to indictments at the Cuyahoga County Jail.

Though disturbing, it may be a window into neglect that needed to change.

Recorded on a late-August morning, it appears to show 47-year-old Joseph Arquillo in his final hours.

The military veteran had been booked on a probation violation.

Though Arquillo had received a medical screening, he appears unstable, rocking back and forth for several minutes next to his mat.

He then curls up against a wall and holds the position for more than an hour before an inmate approaches, says something, and walks away.

Others notice the situation but do nothing.

Another inmate also kicks his mat, to no response.

By now, more than two hours have passed before a third inmate, possibly the first to see the problem, returns to tap Arquillo on the shoulder.

When he does not get a response, he calls for help.

The officer to relieve Devring is soon there and gets a medical team, however, it is too late.

Arquillo would die at the hospital of an overdose.

In December, Devring was fired and now faces charges for ignoring Arquillo and falsifying documents.

The former warden, Eric Ivey, also faces charges after telling an officer to turn off his body camera. Both men have pleaded not guilty.

Arquillo’s death was one of nine since the start of 2018 at the jail, leading to a dozen indictments.

An investigation by the U.S. Marshals Service in 2018 described the jail as “inhuman.”