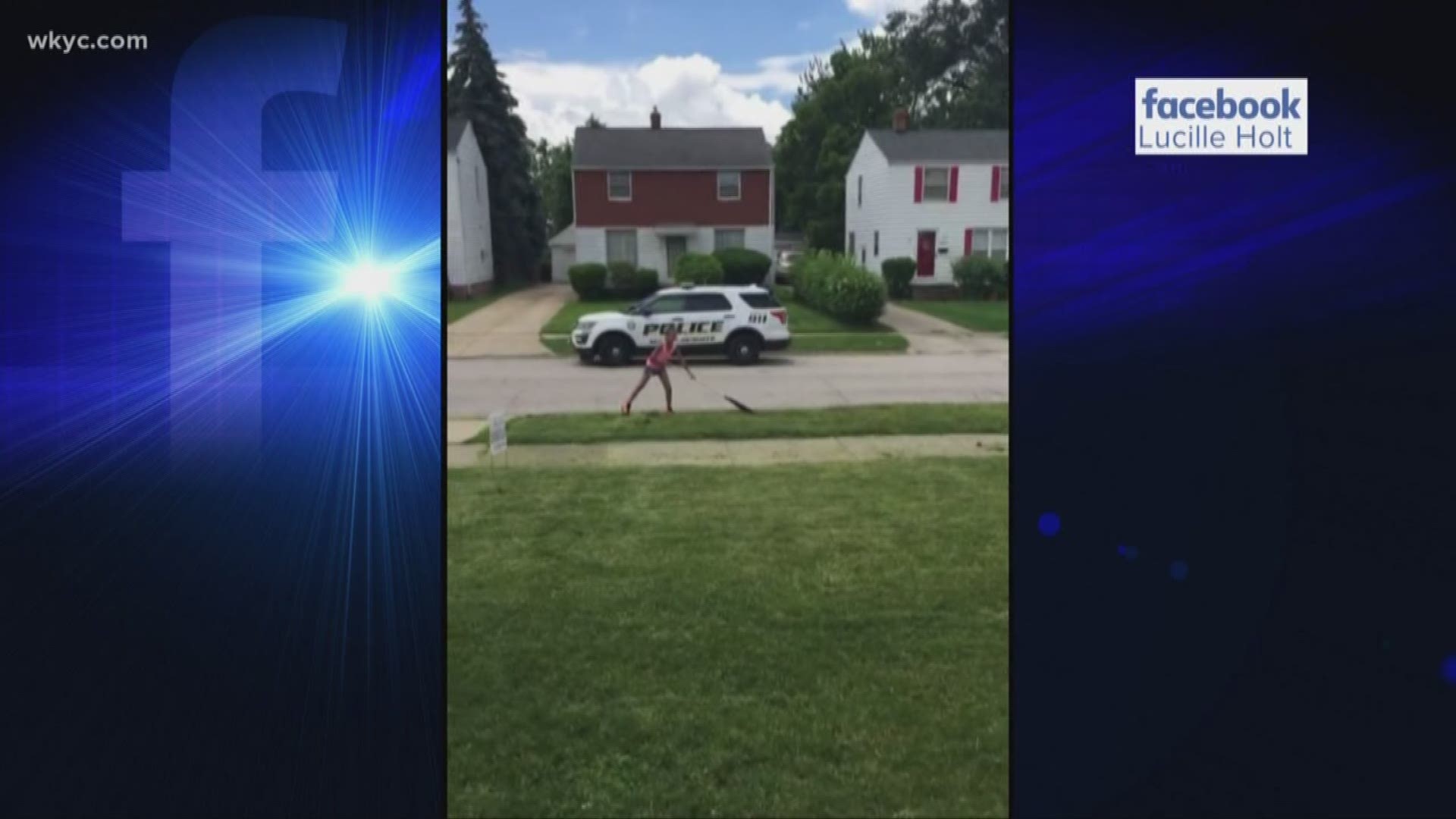 A viral Facebook video has sparked sympathy and outrage across Northeast Ohio and the country, and it all apparently started with a group of kids trying to put in an honest day's work.

A 12-year-old boy named Reggie runs the "Mr. Reggie Lawn Cutting Service" in Maple Heights, and on Saturday, he and his friends (or co-workers, some as young as 9) were mowing the lawn of a neighbor named Lucille Holt. Holt felt like the kids were doing a good job, so she was especially surprised when a police car came up to her home.

According to a live video posted on Holt's Facebook page, her next-door neighbors noticed the kids mowing a small section of their own property, and decided to call the cops. Holt was shocked by their actions, saying the situation was "ridiculous."

"Who does that?," she said in the video. "I'm so glad you are out here doing something positive. You should not be getting the police called on you just because you're cutting grass."

The video has since received more than 173,000 views, with various commenters calling the ordeal "sad" and "crazy."

Well, it appears things are looking up for Reggie. According to Holt and Reggie's mother Brandy Marie Fields, business is now booming, and Reggie even got a visit from "The Grass Guys" of Twinsburg to learn more about lawn care.

Holt also set up a GoFundMe page for Reggie's business, and so far it has raised more that $1,700. If you would like to make an appointment with the Mr. Reggie Lawn Cutting Service, you can call (216) 640-4122.