Here is all the info leading up to the murder trial for the man accused of killing a Strongsville teacher. 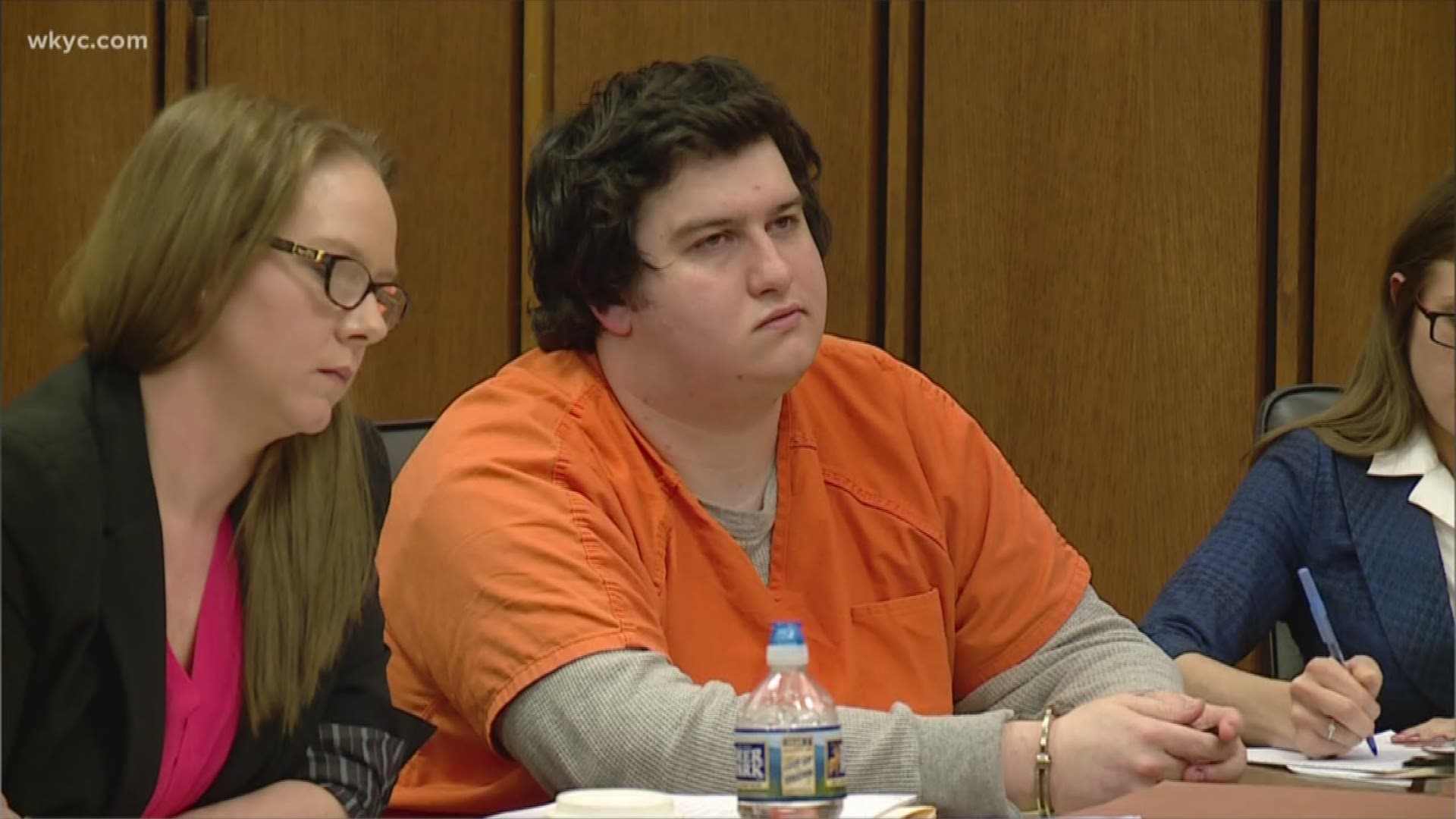 CLEVELAND -- The trial for a man accused of killing his future mother-in-law is set to begin Wednesday.

Pleskovic was found dead inside her Blazing Star Drive home Oct. 23, 2017. She was found on the kitchen floor after she was stabbed and shot. Her family members all claimed to be at a restaurant at the time of the killing, except for her son, Kyle, who has special needs.

Scullin, who also lived in the home, has a child with Pleskovic's daughter, Anna, and the two were scheduled to be married Oct. 28, 2017. Instead, Scullin served as a pallbearer at his future mother-in-law's funeral that day. Three days later, he was arrested for her death.

Here is some background information regarding the case.

'There's a lot of blood'

Two calls to 911 were made the day of Pleskovic's death. One came from her husband, Bruce, who told dispatch, "I think my wife is dead."

Bruce Pleskovic also told dispatch that the family's home had experienced a series of break-ins. Melinda Pleskovic's Facebook account painted a more in-depth picture of those break-ins as she posted about eerie incidents happening in her home, including nails left in car tires, stolen keys and triggered car alarms.

She wrote a follow-up comment that said, “Set off car alarm with stolen remote again last night and found nails in Bruce’s tire.”

In June of 2016, Anna Pleskovic made a call to police reporting suspicious boys in the backyard.

She called police again in November, complaining of unknown boys knocking on the back door and peeking in windows. Bizarre break-ins plagued the home in the months that followed, even just days before Melinda Pleskovic’s death.

The other 911 call came from Scullin, who told dispatch, "Somebody's been attacked in my house."

Scullin said he took his daughter and the Pleskovics' son outside after seeing Melinda Pleskovic on the kitchen floor.

“She has blood all around her. I didn’t look. I just grabbed the child and left," Scullin said.

One of the first officers to respond to the crime scene testified that he believed Melinda Pleskovic knew her killer, as the numerous stab wounds on her body suggested anger amid a crime of passion.

DNA linked Scullin to Melinda Pleskovic's death. Her blood was found on a knife and a pair of sweatpants found in Scullin's vehicles. Scullin's DNA was found on the knife and the waistband of the pants, as well as on a revolver found in a backpack in his truck.

But Scullin's attorneys argued during a three-day suppression hearing that police did not follow proper procedure when obtaining that evidence, claiming officers didn't have probable cause.

A Chevrolet Silverado and a Buick LeSabre belonging to Scullin and his parents were parked in the Pleskovics' driveway at the time of the murder. Bruce Pleskovic gave officers permission to search the property and police recorded a video of Scullin providing verbal consent to search his truck. A Strongsville police detective testified during the hearing that Scullin even offered to move items during the search.

Video of detectives questioning Scullin was played during the suppression hearing. That footage showed officers telling Scullin they knew he committed the crime and had the evidence to prove it. The officers were heard encouraging Scullin to come clean and to explain why he committed the killing, to which Scullin repeatedly replied, "I didn't do anything."

Detectives also told Scullin that if he goes to prison, he'd never see his daughter again during the nearly six-hour interrogation.

One of those detectives testified he was wrong and misspoke, and prosecutors argued the death penalty technically could have been considered by law.

Scullin later confessed to shooting Pleskovic in the kitchen of their home.

Barker said that the search warrant for the home also included Scullin's vehicles and that Scullin consented to those searches.

She also ruled that Scullin was old enough to understand the questioning process with police, despite his attorneys arguing he was 20 years old at the time of the crime and dropped out of high school with a 0.00 grade point average.

Scullin's cell phone and call records will also be presented before a jury when the trial begins as Barker concluded that Scullin handed his phone over to police at the crime scene.

Barker also determined that Scullin waived his Miranda Rights when he agreed to speak with detectives. She said he was given several breaks during the interrogation and received food, water and medication for a headache.

MORE | Friends say Jeffrey Scullin is a 'big-hearted guy,' not a murderer

WKYC will stream Scullin's trial live beginning Wednesday. You can watch it on WKYC.com and on our Facebook page.