The fire happened at a 2-story row house located in the 4200 block of 8th Street around 3 a.m., officials say. 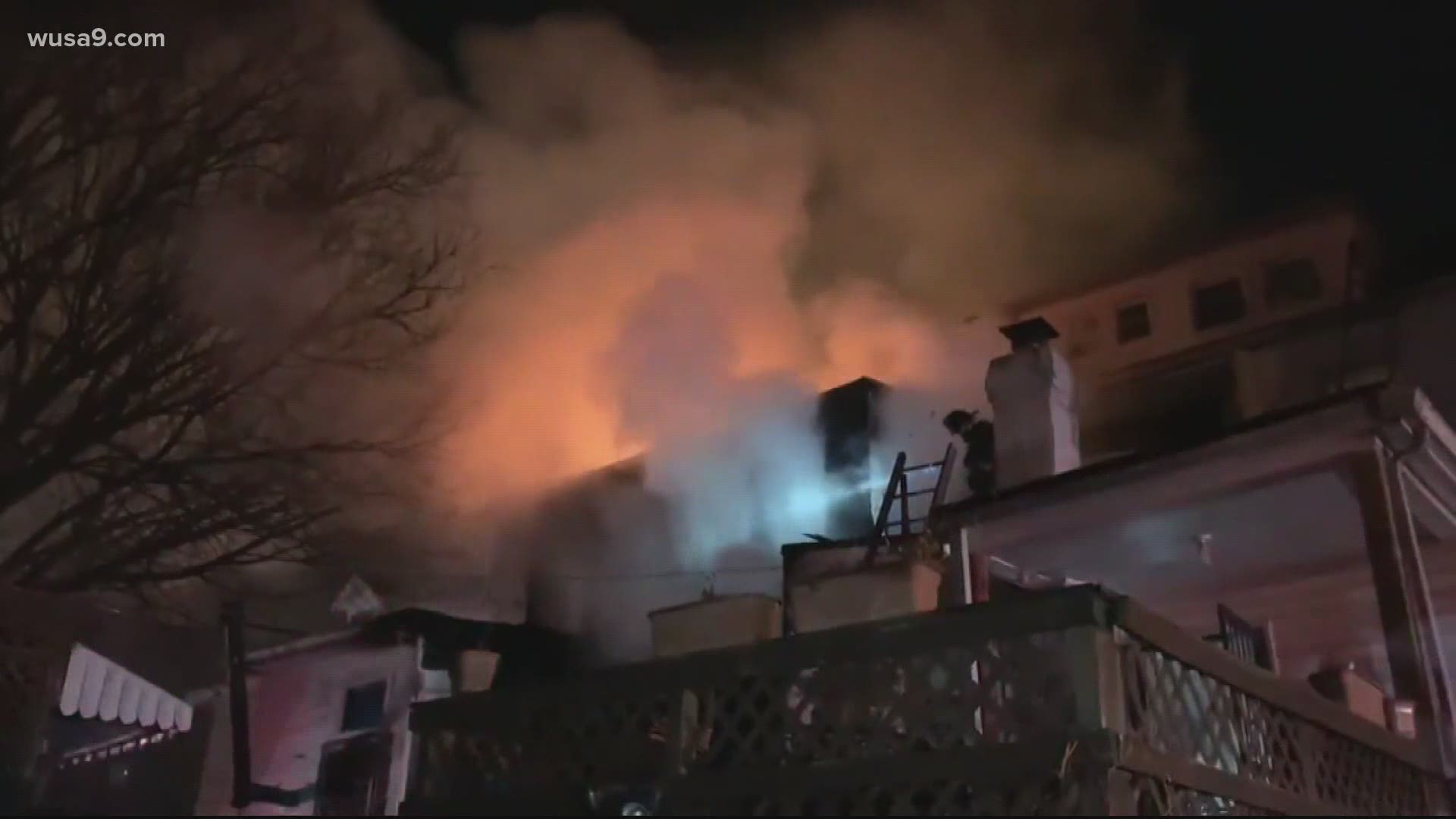 WASHINGTON — Two people are dead after suffering serious injuries moments after they were rescued from a burning house Thursday morning in Northwest D.C., D.C. Fire and EMS officials said.

The fire happened at a 2-story row house located in the 4200 block of 8th Street around 3 a.m., officials said.

When fire crews arrived at the scene they aggressively attacked the heavy fire showing from both floors of the back of the attached row house. They said the flames even started to spread to an adjacent home in the area. Officials said the fire also caused a partial collapse of the back porch.

Crews knocked down the majority of the fire and were still attacking some hotspots as of 4 a.m.

Firefighters were able to rescue two adults who were both taken to area hospitals with critical and life-threatening injuries and were later pronounced dead, officials said.

"Our thoughts & prayers are with their family and friends," D.C. Fire Department tweeted Thursday morning.

One firefighter also suffered a minor injury and was transported to the hospital.

At this time, two people are displaced as a result of the incident.

The cause of the fire remains unknown. Investigators are at the scene of the fire working to determine the cause.

This story is developing. WUSA9 will continue to update this story as more information becomes available.