The remains were taken to the Cuyahoga County Medical Examiner's Office for identification. 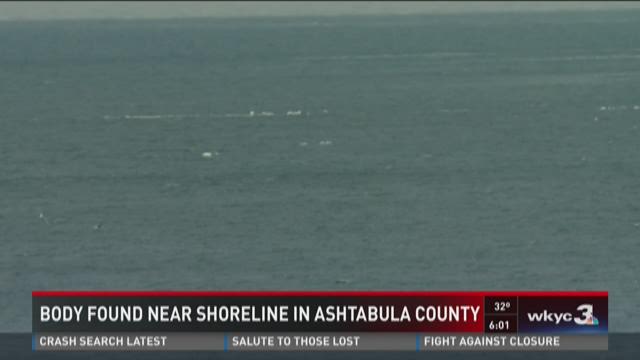 Just after 9 a.m. today (Jan. 14), Conneaut Police were contacted by the Pennsylvania State Police regarding human remains found along the Lake Erie shoreline in Conneaut, about 300 yards west of the Pennsylvania state line.

Police tell WKYC that the remains were found by a man walking along the beach in the remote area.

Conneaut Police arrived and found a partially decomposed body of an unidentified adult male, approximately 30 feet south of the Lake Erie water line, according to the Conneaut Police report.

The Ashtabula County Coroner, as well as the Conneaut Police Department Detective Division arrived at the scene as well.

Conneaut Police say that the remains were removed to the Cuyahoga County Medical Examiner's Office for an autopsy and identification.

The matter is still under investigation.

WKYC reached out for comment to the Cleveland Mayor's Office of Communications dealing with the plane recovery operations in Lake Erie north of Burke Lakefront Airport. Crews have been retrieving wreckage and human remains from the crash that occurred Dec. 29 the past few weeks.

They replied, "We were notified that the body was found. There is not a confirmation on whether it is related to this investigation."

The search has been ongoing since the small Cessna 525 Citation plane went missing over Lake Erie shortly after departing Burke Lakefront Airport on Dec. 29.

The plane was flown by John Fleming of Dublin, Ohio. Fleming's wife, Sue, their two sons, Jack and Andrew, and the family's neighbor, Brian Casey, and his daughter, Megan, were also on board the plane.

The group was in Cleveland to attend a Cleveland Cavaliers game and was planning to fly in to The Ohio State University.